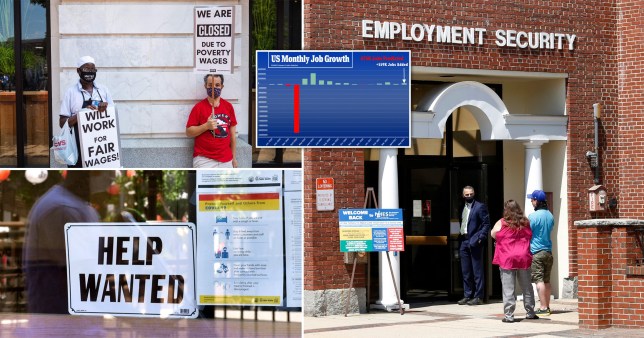 President Joe Biden painted an optimistic picture of the May jobs report which was up from a dismal April but failed to meet economists’ lofty estimates.

The US labor market added 559,000 jobs last month, according to a Department of Labor report released on Friday, versus the 671,000 expected by economists surveyed by Dow Jones. The figure was up from a disappointing April when only 266,000 jobs were created while economists projected the growth to be close to 1million.

Meanwhile, the unemployment rate in May dropped to 5.8% from 6.1% – better than the estimate of 5.9%. Another unemployment measure which included people with part-time jobs and discouraged workers reported 10.2%, according to CNBC.

Despite missing economists’ mark for job creation in May, Biden on Friday claimed victory for the improvement. 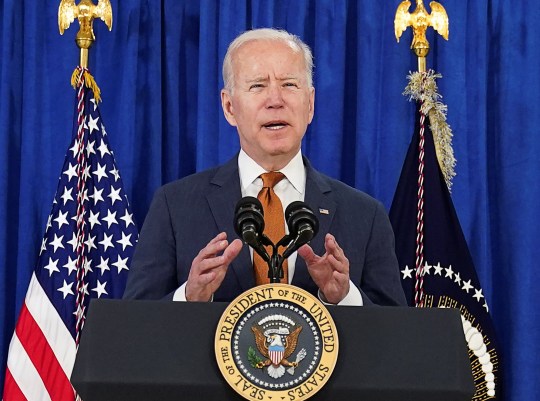 President Joe Biden delivers remarks on the May jobs report after US employers boosted hiring amid the easing coronavirus pandemic (Picture: Reuters)

‘Today, we received great news for our economy and our recovery and for the American people,’ said Biden, speaking from the Rehoboth Beach Convention Center in Delaware.

The country’s unemployment rate fell below 6% for the first time in 14 months, since the start of the coronavirus pandemic, the president said.

‘We need to make those investments today to be able to continue to succeed tomorrow,’ Biden said.

The president urged Americans to ‘seize on the economic momentum’ of the first few months of his administration.

‘This much is clear. We’re on the right track. Our plan is working and we’re not going to let up now, we’re going to continue to move on,’ Biden said. ‘I’m extremely optimistic and I hope you are as well.’

Covid travel: Can you get a refund on your holiday to Portugal?