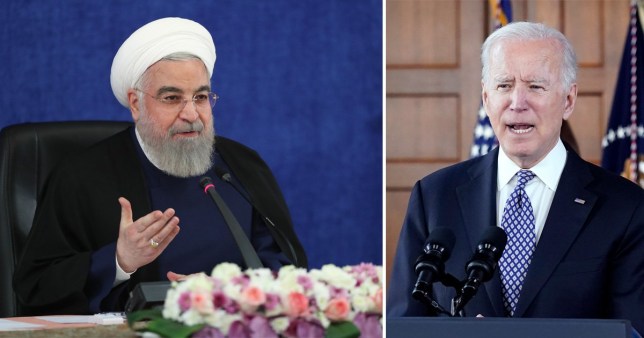 It is thought both Iran and the US aim to reach a deal within two months (Picture: Getty Images)

The US and Iran have agreed to start negotiations next week to resume the nuclear agreement that was dropped by Donald Trump nearly three years ago.

Officials from Tehran and Washington will travel to Vienna next week in a bid to revive the 2015 deal, following talks today brokered by other countries in the accord.

They won’t hold direct face-to-face talks, officials have said, but the trip to the Austrian capital would mark a step forward in restoring the agreement.

It is thought parties are aiming to agree on a deal within two months, according to a senior European Union official.

US State Department spokesman Ned Price said America had agreed to talks with European, Russian and Chinese partners to identify issues involved in returning to compliance with the agreement originally forged by Barack Obama’s administration.

He added: ‘These remain early days and we don’t anticipate an immediate breakthrough as there will be difficult discussions ahead. But we believe this is a healthy step forward.’ 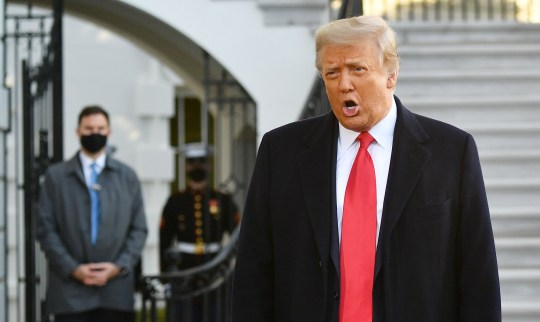 Donald Trump pulled the US out of the deal in 2018 (Picture: AFP/Getty Images)

Trump pulled the United States out of the deal in 2018, and President Joe Biden has said rejoining the agreement is a priority for his administration.

America and Iran have differed on any conditions for that to happen, including the timing of the lifting of US sanctions against the Islamic Republic.

Iranian Foreign Minister Mohammad Javad Zarif immediately stressed that no meeting was planned between officials from Iran and the US.

In a tweet, Zarif he said the aim of the Vienna session would be to ‘rapidly finalise sanction-lifting and nuclear measures for choreographed removal of all sanctions, followed by Iran ceasing remedial measures’.

For good measure, he added: ‘No Iran-US meeting. Unnecessary.’

According to Iranian state television the country’s nuclear negotiatior, Abbas Araghchi, said today that any ‘return by the U.S. to the nuclear deal does not require any negotiation and the path is quite clear’. 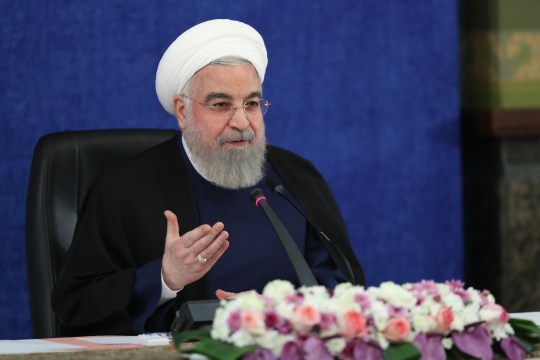 He added: ‘The U.S. can return to the deal and stop breaching the law in the same way it withdrew from the deal and imposed illegal sanctions on Iran.’

Russia’s ambassador to international organisations in Vienna, Mikhail Ulyanov, said that ‘the impression is that we are on the right track, but the way ahead will not be easy and will require intensive efforts. The stakeholders seem to be ready for that.’

Iran has been steadily violating the restrictions of the deal, like the amount of enriched uranium it can stockpile and the purity to which it can enrich it – which is likely to cause issues for the US further down the road.

Tehran’s moves have been calculated to put pressure on the other nations in the deal – Russia, China, France, Germany and Britain – to do more to offset crippling sanctions reimposed under Trump.

Iran has said that before it resumes compliance with the deal, the US needs to return to its own obligations under the deal by dropping the sanctions.

The International Atomic Energy Agency has said that over the past two years, Iran has accumulated a lot of nuclear material and new capacities, and used the time for ‘honing their skills in these areas’.

The ultimate goal of the deal is to prevent Iran from developing nuclear weapons, something it insists it doesn’t want to do.

It now has enough enriched uranium to make a bomb, but nowhere near the amount it had before the nuclear deal was signed.

As part of its ongoing violations of the deal’s terms, Iran last month began restricting IAEA inspections of its nuclear facilities.

Under a last-minute deal worked out during a trip to Tehran, however, some access was preserved.

As part of that temporary agreement, Iran will no longer share surveillance footage of its nuclear facilities with the IAEA, but it has promised to preserve the tapes for three months.

It will then hand them over to the Vienna-based U.N. atomic watchdog if it is granted sanctions relief.

Otherwise, Iran has vowed to erase the tapes, narrowing the window for a diplomatic breakthrough.