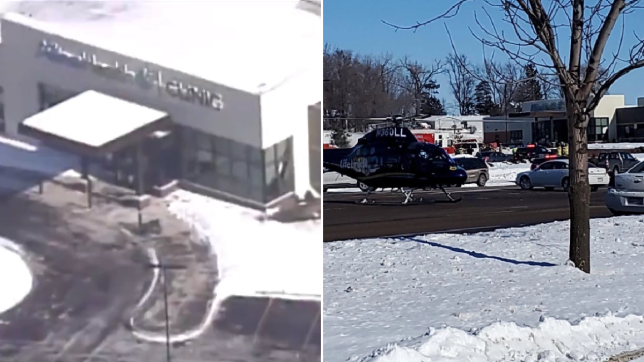 Up to five people were injured after a shooting and bombing at the Allina Healthcare urgent care clinic in Buffalo, Minnesota, on Tuesday morning (Pictures: Fox29/Samantha Sheets)

Up to five people are believed to have been injured in a shooting and bombing at an urgent care clinic in Minnesota. The incident at Allina Healthcare in Buffalo, Minnesota, saw a gunman open fire around after 10am local time on Tuesday morning.

Emergency responders rushed to the scene to treat the injured, with a bomb exploding in the family medicine and urgent care clinic 30 minutes later. That forced medical staff treating the wounded to evacuate.

Three people were taken by ambulance to a local hospital equipped to handle the most severe injuries, the Star Tribune reported. One of those victims was a woman who was shot three times in the chest.

Two other victims were also taken to hospital. Updates on their conditions have not yet been shared by investigators. The suspected gunman and bomber was found laying on the ground shortly afterwards, and was arrested. WCCO reported that he was lying in a position that suggested he was surrendering himself to police.

Fox29 reporter Paul Blume said one cop had told him the scene was a ‘disaster,’ and that multiple local emergency services had been called in to help. Footage taken by a local news helicopter showed the evacuated clinic with its windows smashed. 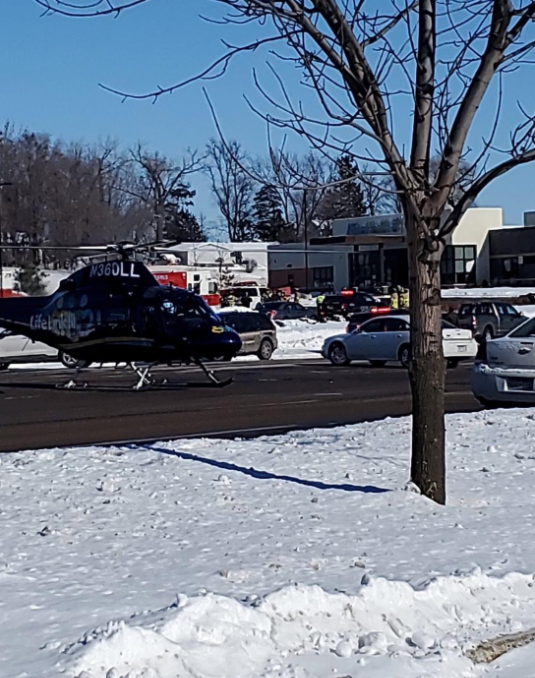 An air ambulance helicopter was snapped on the ground following Tuesday’s shooting, with the gunman said to have been detained by police (Picture: Samantha Sheets) 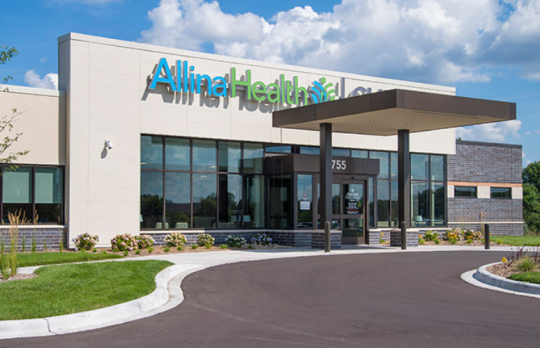 Five people are reported to have been wounded following a shooting and bombing at the Allina Healthcare urgent care clinic in Buffalo, Minnesota, pictured

An unidentified male suspect has been taken into custody, with no motive for the shooting and bombing given.

One eyewitness told journalist Molly Robinson she heard shots being fired and multiple bombs going off. Investigators initially described the incident as an active shooter investigation, with local schools put into lockdown.

They say that is no longer the case.