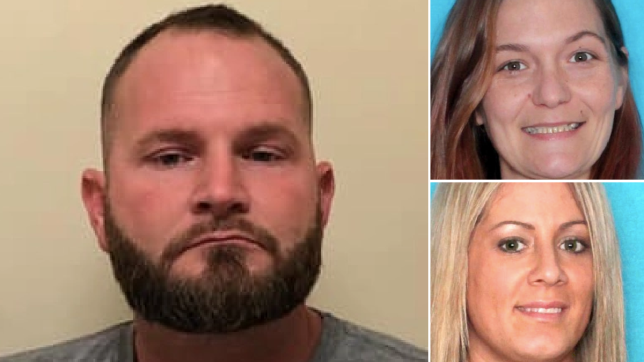 Beaux Cormier, main photo, raped his niece, then sent a hitman to kill her, it is claimed. But the assassin killed his sister Brittany Cormier, top right, and neighbor Hope Nettleton, bottom right, instead (Pictures: Terrebonne Parish Sheriff’s Office)

An uncle raped his niece and hired hitmen to kill her – but they ended up murdering two other women instead, it is claimed. Beaux Cormier – a 35 year-old registered sex offender – allegedly hired pals Andrew Erskine, 25, and Dalvin Wilson, 22, to try and silence the relative he is accused of assaulting in Montegut, Louisiana.

Family friend Nettleton was visiting the house from her neighboring home at the time, and was shot and killed while trying to fight off Wilson. Beaux Cormier, Erskine and Wilson are said to have mounted surveillance on the house prior to the executions.

Erskine was away for work on the day of the murders, but gave Wilson his car to carry out the attacks, it is alleged. 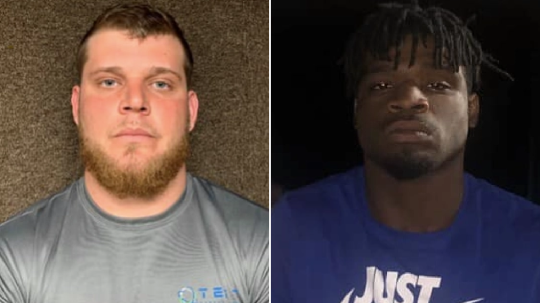 Andrew Erskine, left, helped plan the assassination with Dalvin Wilson, right, who ended up carrying the shooting out, according to detectives (Picture: Terrebonne Parish Sheriff’s Office)

Terrebonne Parish Sheriff Timothy Soignet said afterwards: ‘The shooter asking for the rape victim by name, and Brittany Cormier tells the shooter she’s the rape victim, accepting her fate to save the life of the victim.

‘There were good people that ended up dying… it’s really hit that community hard.’

Wilson and Erskine are said to have confessed to plotting the murders of Brittany Cormier and Nettleton.

They are being held on bail, with the alleged hitmen and Beaux Cormier all potentially facing the death penalty if convicted.