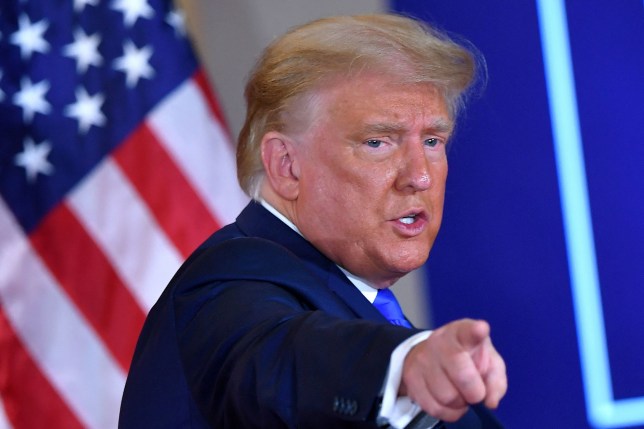 Trump claimed that the halt may have been a political move and that the US Food and Drug Administration (FDA) appears to favor Pfizer’s vaccine over two other Covid-19 injections.

‘The results of this vaccine have been extraordinary but now it’s [sic] reputation will be permanently challenged’, Trump said in a statement about the Johnson & Johnson jab. ‘The people who have already taken the vaccine will be up in arms, and perhaps all of this was done for politics or perhaps it’s the FDA’s love for Pfizer’.

Trump stated that ‘the Biden Administration did a terrible disservice to people throughout the world’ by allowing the FDA and the Centers for Disease Control and Prevention (CDC) to stop using the Johnson & Johnson injection at federal sites.

The FDA and CDC on Tuesday morning also urged all 50 states to follow suit, after one Johnson & Johnson vaccine recipient died and a second woman was hospitalized in critical condition with blood clots that could be linked to the jab. A half-dozen rare blood clot cases emerged out of 6.8million doses that have been administered.

Trump stated that FDA ‘with long time bureaucrats within, has to be controlled’.

‘They should not be able to do such damage for possibly political reasons, or maybe because their friends at Pfizer have suggested it’, Trump claimed. ‘They’ll do things like this to make themselves look important’.

Trump also stated that the FDA was ‘working with Pfizer, who announced the vaccine approval two days after’ the November presidential election. He claimed ‘they didn’t like me very much because I pushed them extremely hard’.

The 45th president urged officials to do their testing, ‘clean up the record, and get the Johnson & Johnson vaccine back online quickly’, before again calling the coronavirus the ‘China Virus’.

‘The only way we defeat the China Virus is with our great vaccines!’ Trump said.