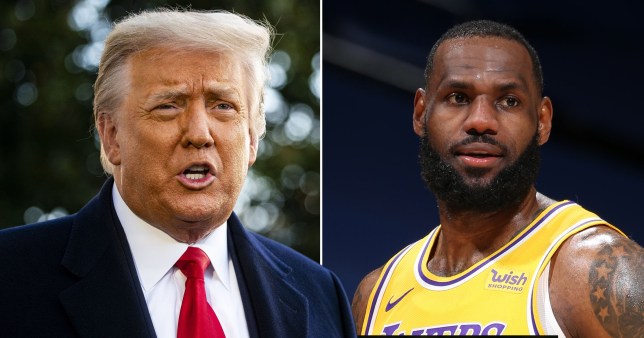 Donald Trump has clashed with LeBron James over the police killing of a black teen in Columbus, Ohio (Picture: Getty)

Donald Trump has called LeBron James a racist after the basketball icon Tweeted ‘you’re next’ along with picture of a police officer who shot and killed a black teenager on Tuesday.

James, 36, posted the picture of Columbus police officer Nicholas Reardon on Wednesday, the day after bodycam footage showed him shooting Ma’Khia, along with the caption ‘you’re next #accountability’. The footage showed Reardon shooting the teenager as she appeared to lunge at two people with a knife.

James deleted his tweet referencing Ma’Khia’s death soon after he posted it, saying it was being used ‘to create more hate’. 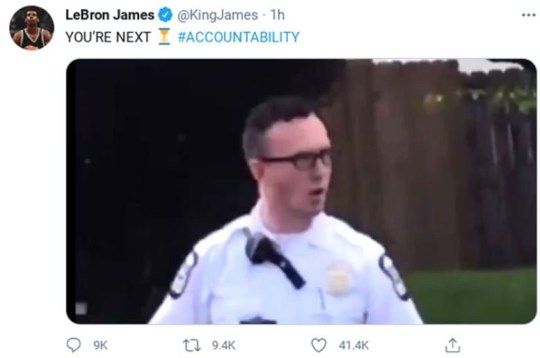 Trump, 74, launched his attack on James in a statement on Thursday which said: ‘LeBron James should focus on basketball rather than presiding over the destruction of the NBA, which has just recorded the lowest television RATINGS, by far, in the long and distinguished history of the League.

‘His RACIST rants are divisive, nasty, insulting and demeaning.

‘He may be a great basketball player but he is doing nothing to bring our Country together!’

In response, James released his own statement on Twitter to almost 50 million followers, explaining why he decided to take the controversial post down. 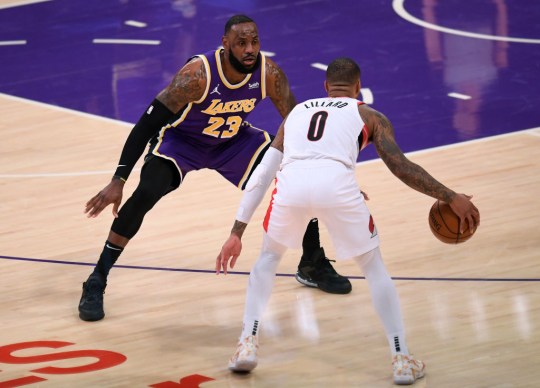 LeBron James,pictured in blue for the Los Angeles Lakers, justified the controversial Tweet in a follow-up message on Twitter (Picture: Getty) 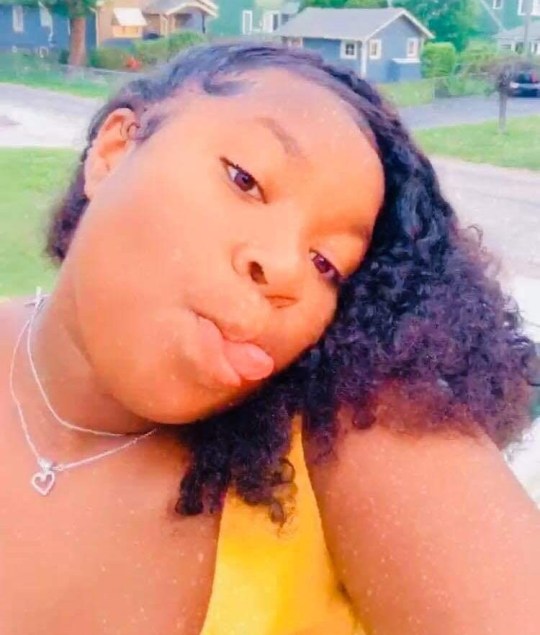 James said: ‘My anger still is here for what happened that lil girl. My sympathy for her family and may justice prevail.

‘I’m so damn tired of seeing black people killed by police. I took the tweet down because its being used to create more hate – this isn’t about one officer.

‘It’s about the entire system and they always use our words to create more racism. I am so desperate for more ACCOUNTABILITY.’

Ma’Khia’s killing sparked street protests in Ohio’s largest city, Columbus, and came at a tense time with growing outrage against racial injustice and police brutality in the United States.

Reardon, meawhile, has been taken off the streets by his police department pending the outcome of an internal investigation.