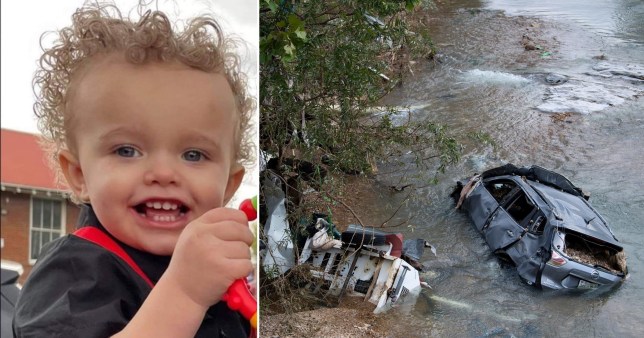 Kellen Cole Burrow was swept into flood waters while trying to cling to his mom (Picture: Reuters)

A toddler was killed after being ripped out of his mother’s arms as deadly floods swept through the US last weekend.

Rescue workers in Tennessee have confirmed that a body found among the wreckage was that of Kellen Cole Burrow, 2.

Kellen and his mom and four siblings had clung to a clothesline in their garden after being surprised by the rising flood waters at their home in McEwen, in Humphreys County, near Nashville.

A powerful surge pulled the youngster from his mother’s arms and he was washed away shouting ‘mommy.’

His family were informed a body had been found early on Tuesday morning and DNA testing confirmed his identity a few hours later.

Allen Burrow, Kellen’s maternal grandfather, told MailOnline his daughter, Brittany McCord, had gone to heroic lengths to save her children.

‘She gathered them up in the corner bedroom, and got them all out the window as the current got higher and higher,’ he said.

‘She then climbed out and tried to hold onto her children on the back porch, before the water swept Kellen away. 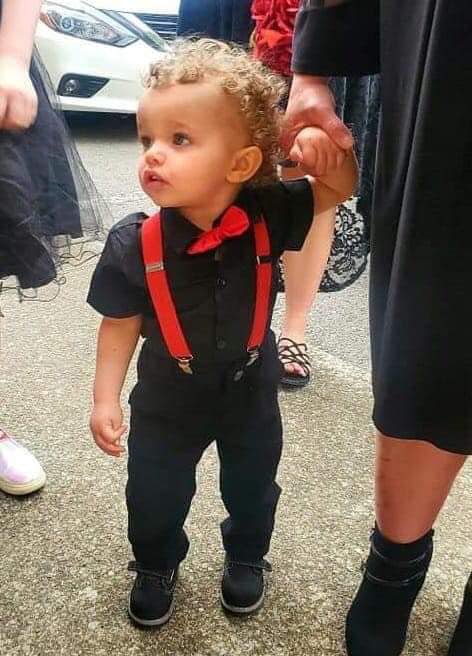 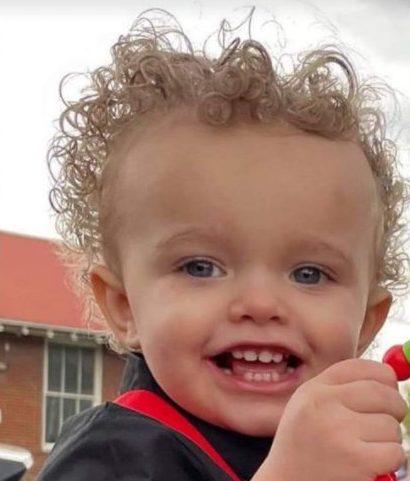 ‘She (heard) him yelling “mommy, mommy” and all she could do was watch because she had her hands on her other kids.’

The boy’s body is now being transported from hospital to Taylor Funeral Home in Dickson.

Kellen’s stepfather, Kalaub McCord, was away from home at the time of the flood as he needed treatment for a sinus infection.

He battled home from the emergency room for five hours – helping others who had got into difficulty along the way. 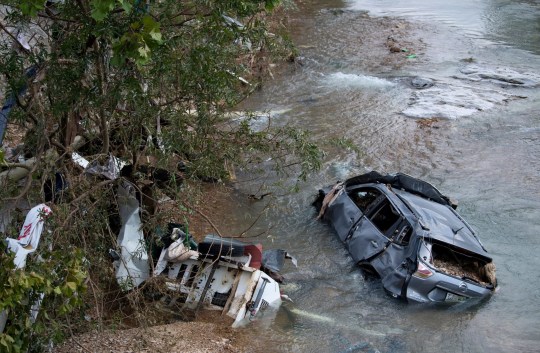 Tennessee was hit by 17 inches of rain (Picture: Reuters) 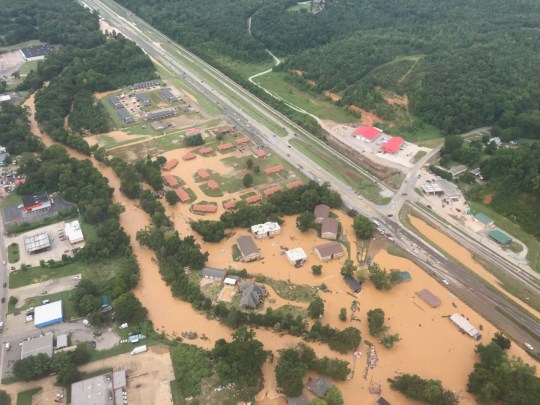 These pictures from The Nashville Fire Department show the extent of the flooding in the state (Picture: NashvilleFD) 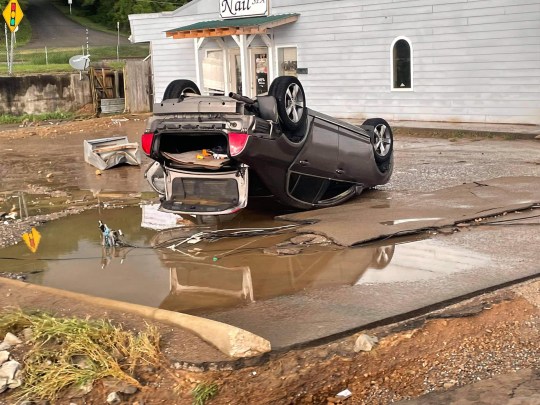 Describing his wife’s efforts to save his step-son to Fox 17, he said: ‘I seen him that night when we put him to bed, but she had him in her arms whenever he got swept away.

‘I couldn’t get back to him, but she managed to save our other four children. If it wasn’t for her, I wouldn’t have any children right now.’

At least 22 are dead with 51 still missing in the aftermath of the flash floods. In just a single day some parts of Tennessee suffered 17 inches of rain – nearly double the state’s previous record of just over nine inches in 2010.