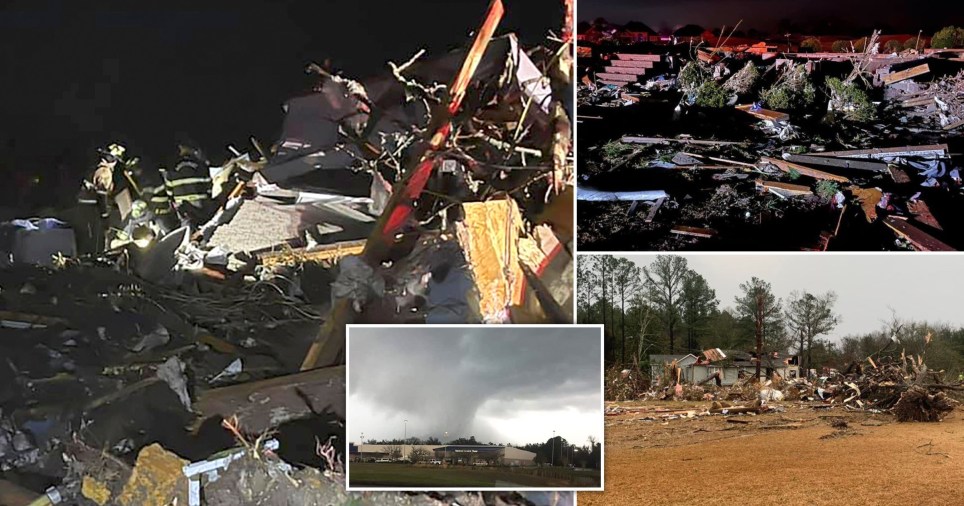 The tornado hit parts of North Carolina in the early hours of this morning (Picture: Brunswick County Sheriff’s Office/ Twitter)

At least three people have been killed and homes have been destroyed by a violent tornado that ripped through North Carolina in the early hours of this morning.

Photos of the damage caused by the tornado show a trail of destruction that includes downed power lines and piles of debris where buildings used to stand.

Huge trees have been snapped in half and vehicles were picked up and strewn across the area following the destructive tornado. 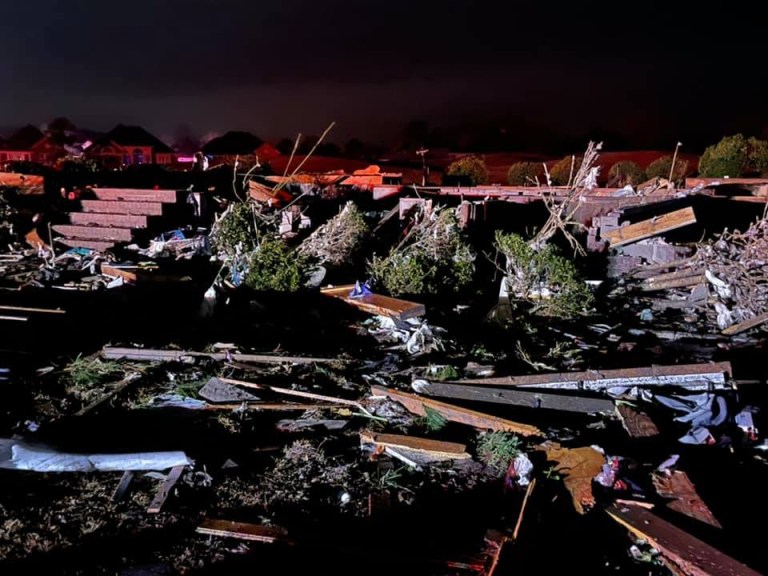 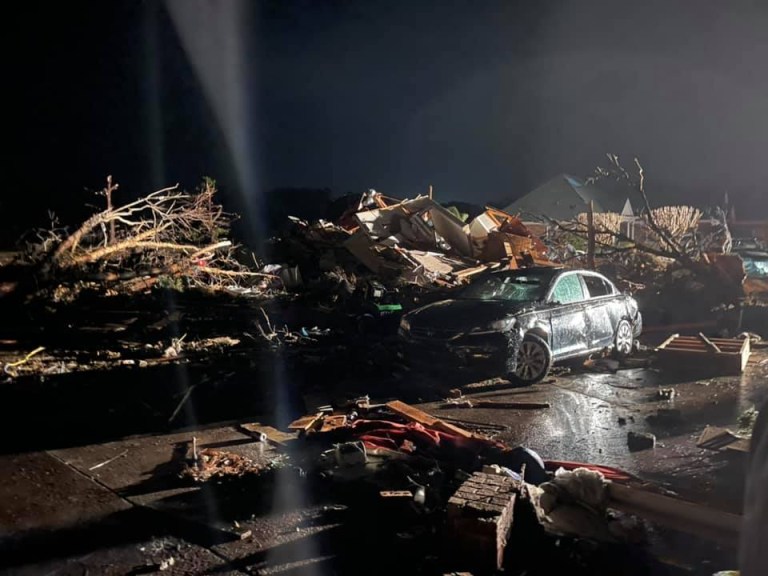 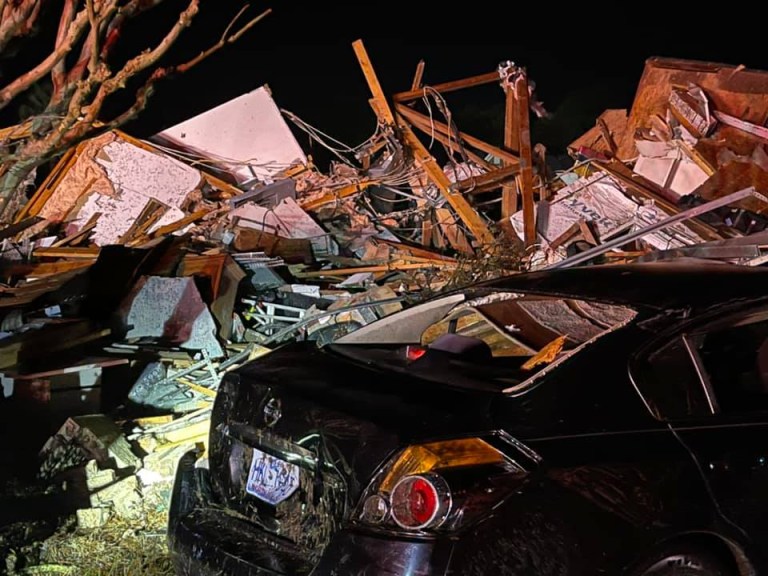 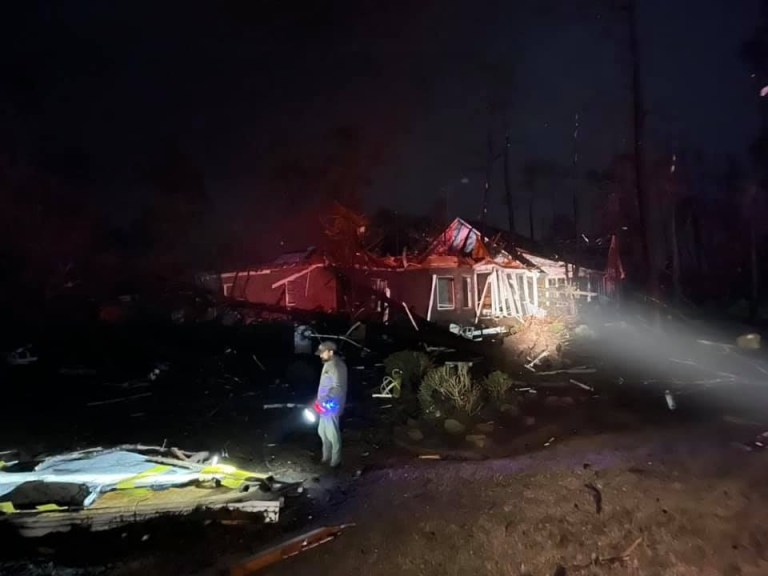 Early this morning Brunswick County Sheriff, John Ingram, said: ‘It’s something like I have never seen before, a lot of destruction. It’s going to be a long recovery process.’

Brunswick County Emergency Management added that people are trapped inside homes and rescue operations are underway.

Ingram said officials are searching for missing people while the Wilmington Fire Department tweeted that it would send teams of firefighters to help find people missing after the tornado.

The storm has left thousands of people without electricity or water after powerful winds destroyed power lines and local infrastructure. 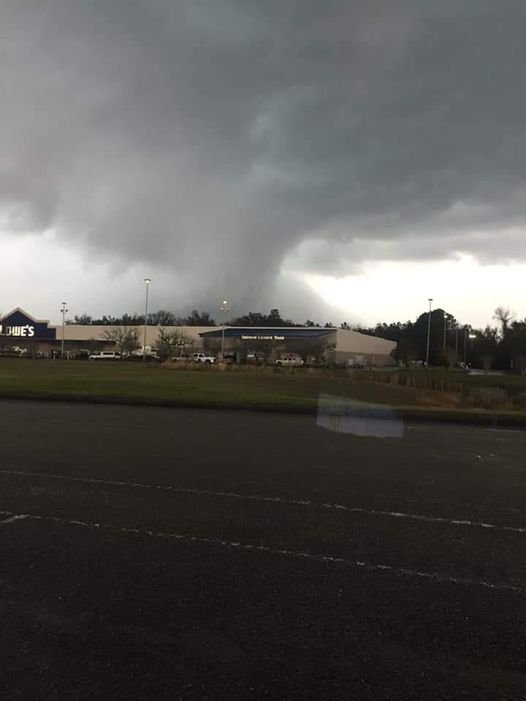 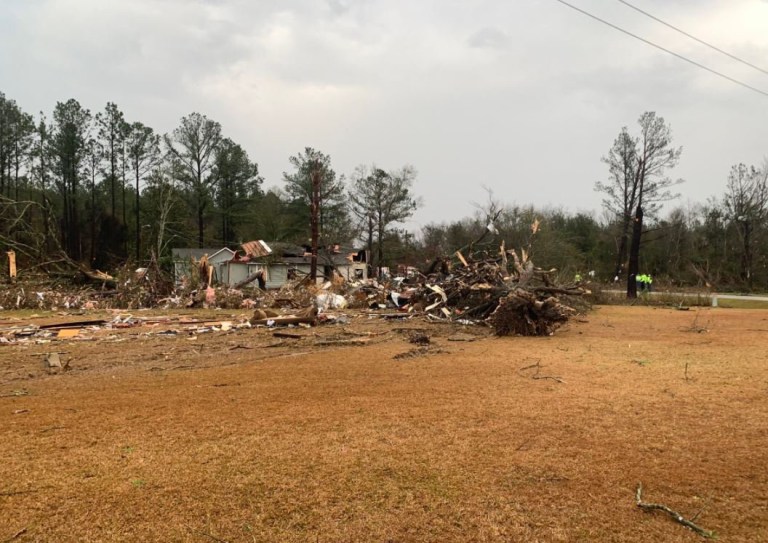 The Ocean Ridge Plantation community in North Carolina was the worst hit part of the state. All of the injuries and fatalities happened in that area, according to authorities.

The storms are part of the same weather system that has brought freezing cold temperatures and wintry weather to several southern states in the US.

The National Weather Service in Wilmington issued a tornado warning very late on Monday night, then said a twister was confirmed near Honey Island.

Many people will have been in bed and asleep by the time the tornado hit communities.

A Deep-Sea Parasite Ekes Out Life in Hydrothermal Vents