This is the emotional moment George Floyd’s family found out Derek Chauvin was guilty of murdering their beloved relative.

The tear-jerking clip shows Floyd’s big sister, nieces, nephews, cousins cheering and crying with joy as they watch the TV and hear the judge read out the three guilty verdicts against former cop, Chauvin.

In Hennepin County Court, yesterday, ex-Minneapolis police office Chauvin was found guilty by a jury of second-degree unintentional murder, third-degree murder and second-degree manslaughter in Floyd’s death. The verdict followed the events of last May, when black man Floyd, 46, died in the street after Chauvin, 45, knelt on his neck and back for more than nine minutes.

The conviction brought an end to an agonizing three week murder trial for Floyd’s family. The verdict was delivered after 10 hours of deliberations over two days, and was read late in the afternoon on Tuesday as the world watched on. 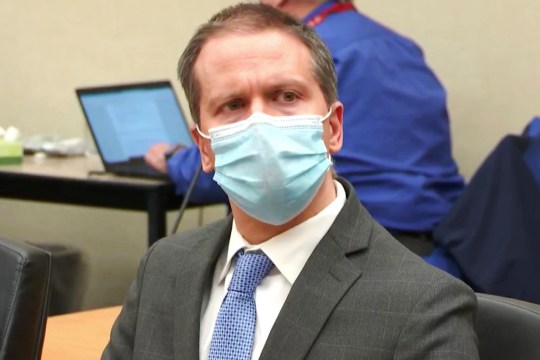 Former Minneapolis police Officer Derek Chauvin, listens to verdicts at his trial for the 2020 death of George Floyd (Picture: AP) 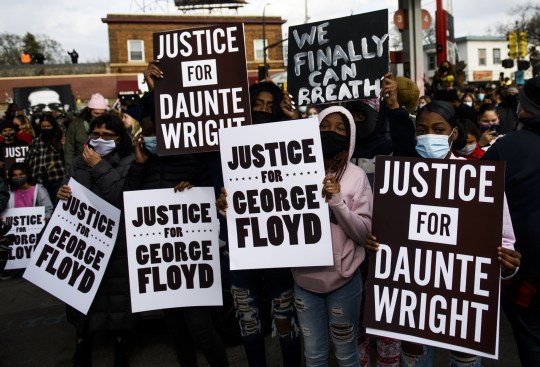 People celebrate at George Floyd Square after the guilty verdict in the Derek Chauvin trial on April 20, 2021 in Minneapolis, Minnesota (Picture: Getty)

The verdict of the jury, which was made up of six white people and six black or multiracial citizens, was greeted with a sense of relief by millions across America – and the world – but no more so than among Floyd’s own family.

For the delivery of the verdict, members of Floyd’s extended family in Houston, Texas, gathered together and were filmed by ABC Houston reacting to the news as it was announced.

The video shows Floyd’s relatives jumping up and down and shouting ‘yes’ as the judge read out the first guilty verdict, before collapsing on the ground in relief.

The family members then hug each other and break down in tears.

Derek Chauvin faces up to 40 years in jail for murdering Floyd, although he’s more likely to receive a shorter prison sentence based on court guidelines.

Chauvin was remanded in custody following the verdict and is expected to be sentenced in eight weeks time.

Earth Day: 10 eco-friendly Airbnbs for your next UK holiday