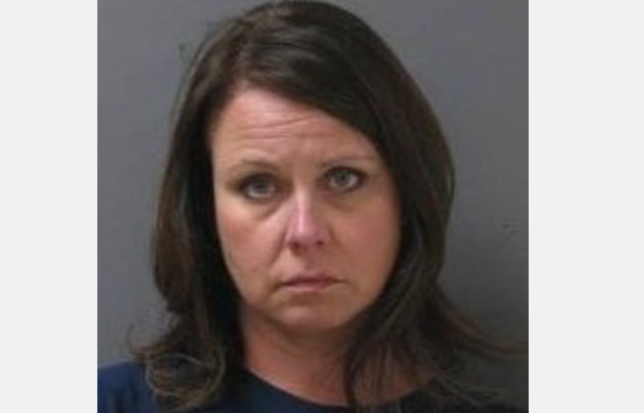 Carrie Witt claimed she was constitutionally entitled to have sex with two school boys – but has now admitted her behavior was criminal (Picture: Morgan County Sheriff’s Office)

A teacher who claimed the US Constitution entitled her to have sex with two schoolboys has now admitted it was a criminal offense. Carrie Witt, 47, pleaded guilty to engaging with a sex act with a student under 19 at a court hearing in Decatur, Alabama, on Monday.

Witt’s victims were 17 and 18 when she began a relationship with them. The age of consent in Alabama is 16, but the state has a law banning adults in a position of trust from relationships with teens in their care under the age of 19.

The teacher, who taught history, psychology and social studies at Decatur High School, was originally arrested in March 2016. Cops were tipped off to her relationship with one of the students, and discovered there was a second victim while investigating.

Witt had the charges against her dismissed the following year, after arguing that both relationships were consensual. The teacher said she was being persecuted for being a school employee, and that the charges violated her 14th Amendment right to privacy and equal protection, Decatur Daily reported.

But prosecutors successfully appealed that dismissal, with the charges against Witt later reinstated by Alabama’s Court of Appeal. Witt had been due to stand trial on Monday, but struck a plea deal which saw her admit one count of inappropriate sexual behavior.

The teacher was put on administrative leave after her 2016 arrest, and resigned in 2018, days before a misconduct hearing was due to take place.

She will be sentenced on July 1, and faces up to 20 years behind bars.

‘It’s been a long process and we’re just glad it’s done for the community and the victims in the case.’