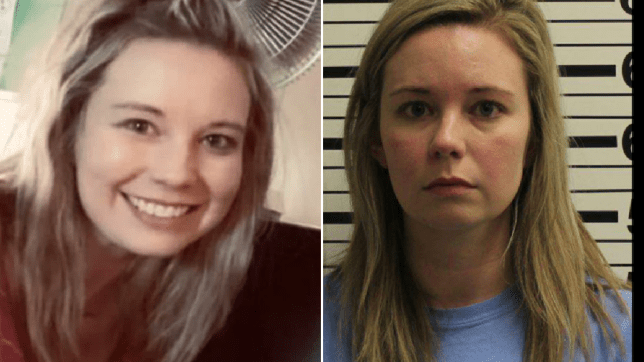 A teacher allegedly sexually abused one of her students for several years starting when he was 12 years old after building a rapport with him by playing online video games. Marka Lee Bodine, 31, was arrested on Saturday after the boy apparently reported their inappropriate relationship to school officials.

The investigation launched on April 11 when the former student at Tomball Intermediate School in Texas reported the interactions with Bodine to school authorities.

‘It was definitely a cry out for help’, Tomball Police Chief Jeff Bert told KRIV on Monday. ‘He had reached out to a school, and he reached out to the police department as well, so I think he just became overwhelmed with it and reached out to us’.

Bodine allegedly groomed the boy by playing an online video game with him which led to texting with explicit images, according to a police affidavit obtained by KPRC. That then led to the teacher and student having sex just after his 13th birthday, the affidavit states.

‘Most of the investigation indicates it’s been about two and a half to three years’, stated Bert, adding there was social media, text and other evidence. ‘It does appear that this is one of those cases where grooming of the child was involved, in other words, getting the person to be feel trusted initially’.

While the inappropriate relationship unraveled, Bodine allegedly divorced her husband and moved into an apartment complex where the boy lived. The boy apparently told investigators that he and his former teacher had sex in her classroom as well as her car various times.

Meanwhile, Bodine claimed to school officials that her former student harassed her and threatened to hurt her and that he was manipulating private pictures of her. She is no longer with the school.

‘Once notified of the allegation, the district immediately began an administrative investigation’, Tomball Independent School District said in a statement. ‘The employee was then placed on administrative leave, resigned, and is no longer employed with Tomball ISD’.

The boy is no longer attending schools within the district.

Bodine was charged with one count of continuous sexual abuse of a child. She was booked into Harris County Jail but bonded out at $100,000.