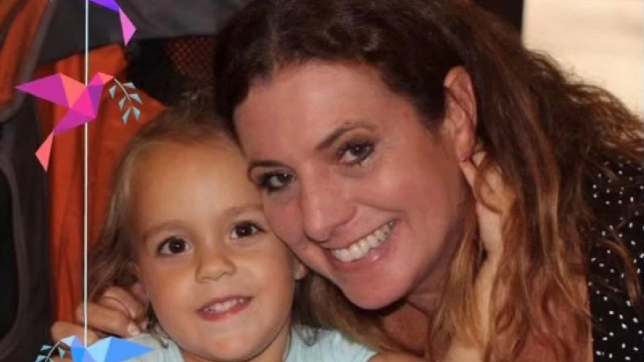 A 56-year-old woman who was a devoted teacher and a loving single mother tragically died of Covid on Friday.

Carol Zuckerman, from Davie, Florida, was a healthy and ‘very active’ person who adored her only daughter, 10-year-old Lacey, according to her heartbroken family.

Carol’s brother Charles Zuckerman has paid tribute to his sister as a free spirit and a passionate teacher after she sadly died in her sleep at home on March 4, while battling Covid.

No one knows for certain where Carol contracted coronavirus, Charles said from his home in Elmira, New York, and has described her orphaned daughter, Lacey, as doing ‘as well as she can’, reports the South Florida Sun Sentinel.

Speaking to the Sentinel, Charles said: ‘She was a very active person who had a lot of friends.

‘She was like her grandmother, she had a bit of gypsy soul, loved to travel. Had friends wherever she went.

‘She loved kids and wanted them to feel special. Teaching was a very satisfying career for her.

‘She’s (Lacey) doing as well as you can. She’s a positive little girl, just like her mother. She’s looking forward to being with family.’

Charles added that Lacey will move to New York and be raised by an aunt who has a daughter the same age as her.

A native of Great Neck, New York, Carol had planned to travel to the state to visit her mother over the upcoming spring break, but sadly never get to make the trip.

She moved to South Florida 15 years ago and spent several years in Aventura before moving to Davie in 2019 with her daughter and their toy poodle, Lexie.

Charles Zuckerman said his sister was known for her fearless independence.

As a young woman, Charles said Carol spent several years living in Paris. Later, she lived in California, working at a talent agency. She also lived in Maryland before making the move to sunny Florida.

Carol earned a master’s degree in business administration, but chose a career as a teacher instead.

Friends of Carol have paid tribute to her on an online memorial page.

One friend said: ‘Your eyes sparkled whenever talking about Lacey. You will be so deeply missed.’

Another wrote: ‘I pray you are at peace my friend sleeping on a cloud. I will forever love you and cherish the times we spent together. I will keep up with Lacey and watch over her for you. You will never be forgotten my friend.’

In addition to her daughter and brother, Carol leaves behind her mother, Anna Zuckerman, sister Marcia Feurer and other extended family members.

A funeral service will be held for Carol in New York tomorrow, Tuesday March 9, at Mount Hebron Cemetery in Flushing.

Since the pandemic began the US has recorded 29 million cases of Covid and the virus has killed 525,000 Americans since March 2020.