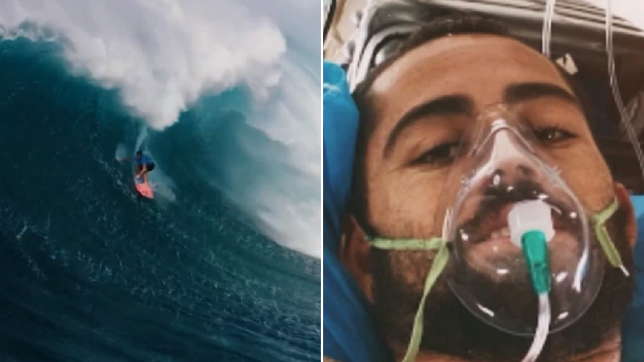 Billy Kemper, 30, was in Morocco when the accident happened (Picture: CNN)

A surfer has recalled the horror of having his pelvis broken in half by a giant wave and being unable to swim back to shore.

American surfer Billy Kemper, from Haiku, Hawaii, said he found himself in a ‘life and death’ situation after being slammed into a rock off the coast of Morocco, near Africa, in February last year.

Kemper, who is the 2018 big-wave world champion, suffered several serious injuries including multiple broken bones, that ‘absolutely destroyed’ his body.

He said he was saved from potential drowning by some of his surfer friends and ended up having to travel 13,000km back to the US for emergency trauma surgery via a private jet. Kemper’s injury happened just as international boarders starting slamming shut amid the global Covid outbreak that grounded most commercial airlines. 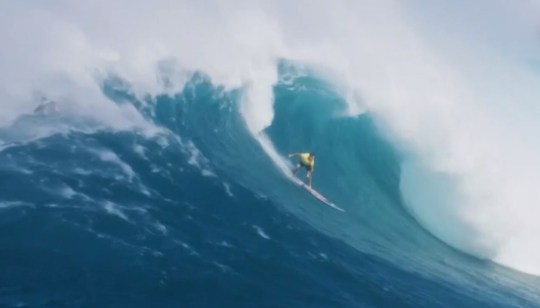 Kemper is a former world champion in the sport (Picture: CNN)

Speaking to CNN, Kemper, 30, has recalled the moment he feared he might die after the bone-crushing surfing accident.

He said: ‘I knew what I had gotten myself into, I just didn’t know how truly serious it was.

‘Anyone who’s ever broken their pelvis in half can relate to this. You’re definitely not just going to walk up the beach.

‘That wave sucked me up into the mouth of it and slammed me onto a rock and just absolutely destroyed me. It’s a pain you can’t describe.

‘(It) knocked me out unconscious, collapsed my lung, my pelvis was broken down the middle, I had to get my knee reconstructed, the injury-list goes on and on.

‘It was straight up life or death.

‘I was just hyperventilating and blacking out through the pain, you can’t forget pain that much.’

Kemper was in Morocco with some friends from the World Surf League when the accident happened, he said. 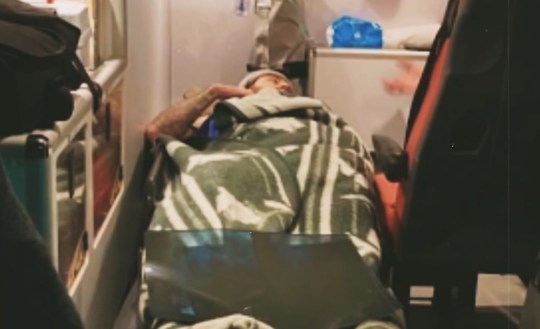 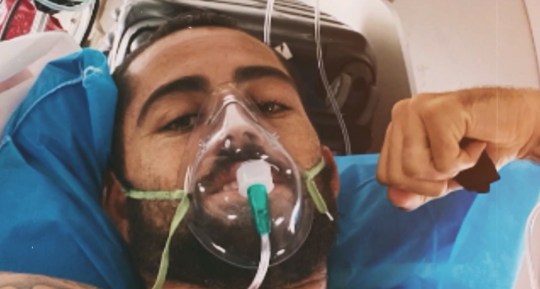 The plan was to see if they could capture footage of them tackling waves up to 60ft tall.

But the trip ended up landing Kemper in a life-threatening situation, he said, as he explains what it felt like to know he had been seriously injured.

Kemper added: ‘I knew what I had gotten myself into, I just didn’t know how truly serious it was.

‘Anyone who’s ever broken their pelvis in half can relate to this. You’re definitely not just going to walk up the beach.’

Kemper said he owes his life to his friends who rushed to help him in the water. He was transported to the harbor on a jet ski, where an ambulance was waiting.

‘Even the ambulance ride felt like the worst pain ever. Every speed bump, every bump, the center of your body just opening up and releasing blood’, Billy said.

He spent a few days in hospital in Morocco and then had to figure out how to return to the US amid the outbreak of Covid around the world. 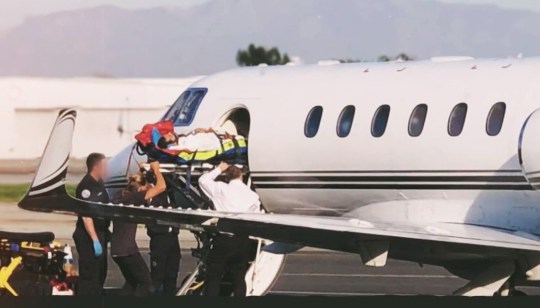 Kemper had to travel back to the US for emergency surgery (Picture: CNN)

‘With a pelvic break that bad, you can’t leave a stretcher. Any bit of movement, you’re just opening up that break to create more internal bleeding.

Kemper did manage to make it home after his family raised funds for him to fly on an emergency Medevac plane. He was immediately rushed into trauma surgery on his broken pelvis and other injuries.

He also had to spend months in recovery and rehab before jumping back on his surf board again.