The Supreme Court has rejected an appeal from a man challenging his death sentence for the 2015 mass shooting of nine people in a historic black church.

Lawyers for Dylann Roof, the convicted murderer of 9 members of a black church, had hoped the court would set guidelines on how lower courts should handle questions of mental competency for defendants facing the death penalty.

The justices of the Supreme Court did not comment after denying the appeal.

In June 2015, Roof, then 21, sat down at a bible study group inside the Emanuel African Methodist Episcopal Church in Charleston, South Carolina. He sat at the back of the church listening for 45 minutes before he began firing a handgun. 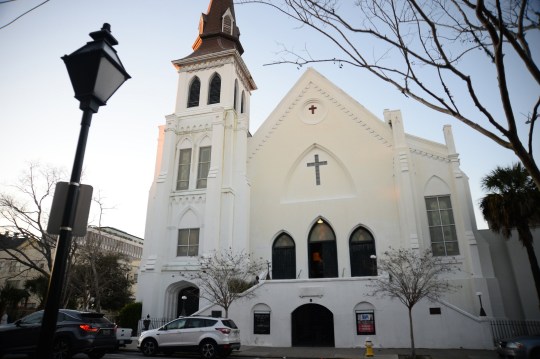 Emanuel AME Church is one of the oldest black congregations in the south (Picture: Getty Images)

Roof killed 9 people and injured one in the attack. Three others in the bible group survived uninjured.

Some of the victims included the church’s pastor, Rev Clementa Pinckney, and Cynthia Graham Hurd, the sister of former state senator Malcolm Graham.

Investigators discovered that Roof was a radicalized white nationalist who operated a racist website. He later confessed to FBI agents that he hoped the shooting would ignite a race war or bring back segregation.

Roof was captured after a manhunt. He was located when a bystander recognized his car’s Confederate flag bumper sticker and his ‘bowl’ haircut. He was indicted by a federal grand jury on 12 counts of committing hate crimes, 12 counts of obstructing the exercise of religion, and nine counts of murder. 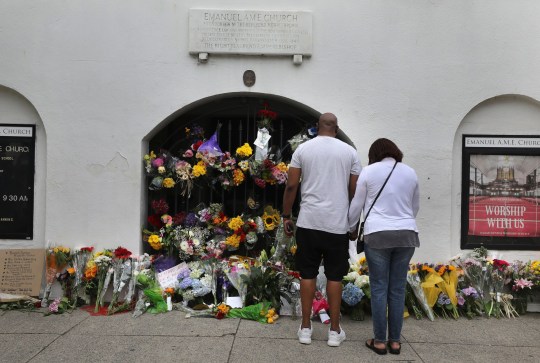 Visitors leave flowers, notes, and prayers at Emanuel AME Church on the five-year anniversary of the Charleston shooting (Picture: AP)

Roof fired his attorneys and represented himself for the punishment phase of his trial. He did not call any witnesses, present evidence, and insisted he was not mentally ill.

When given the chance to apologize for his actions, Roof told jurors that ‘I still feel like I had to do it.’

Later during the penalty phase, he seemingly agreed with his conviction. ‘I have the right to ask you to give me a life sentence, but I’m not sure what good it would do anyway,’ he told the jury.

Roof was convicted in 2017 and sentenced to death. He became the first person in United States history to receive a death sentence for a hate crime.

In 2021, Roof appealed his conviction to a federal appeals court. His lawyers argued that he should not have been allowed to represent himself and he should have been ruled incompetent to stand trial.

Roof is currently on death row at the maximum security facility at the Federal Correctional Complex in Terre Haute, Indiana.

Emanuel AME Church was founded in 1817, making it one of the oldest black congregations in the south. 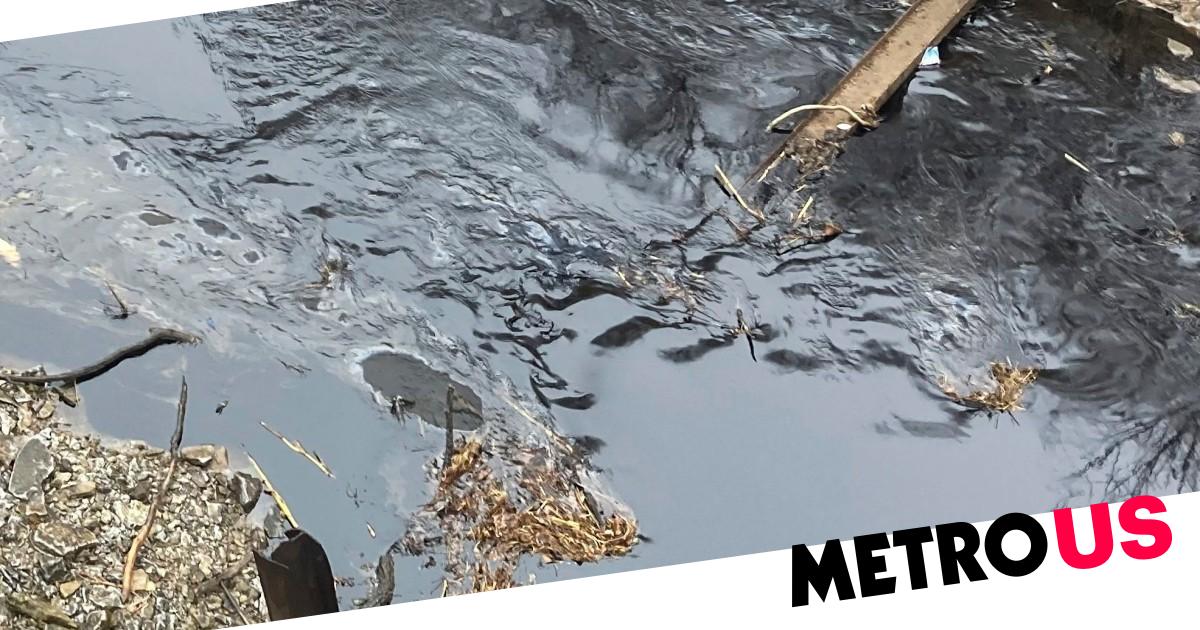 Kansas: largest US oil spill in 9 years dumps 14,000 barrels of into river

Serial killer border agent claims he ‘was cleaning up the streets’