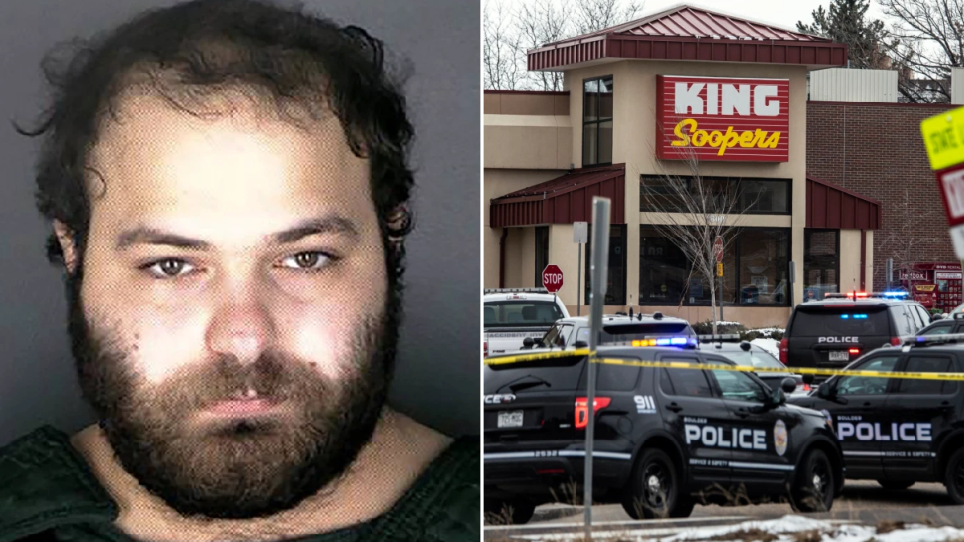 A 21-year-old man accused of slaughtering 10 people at a supermarket in Colorado is a ‘stupid loner who has never had a girlfriend and lives in his parent’s basement’, according to his brother-in-law.

Ahmad Al Issa is in custody in Boulder, Colorado, charged with ten counts of murder after allegedly gunning down ten innocent shoppers at the King Soopers grocery store. He will make his first court appearance later today following the tragic events on Monday, which saw him open fire at a crowd of people.

In the wake of the horrific massacre, Al Issa’s brother-in-law, Usame Almusa, has spoken out about the suspect’s introverted lifestyle.

Speaking to The Sun, Almusa said: ‘He was a loner, just sitting to the side, not with us. It was strange.

A suspect, believed to be Al Issa, is pictured being led away from the King Sooper supermarket in the wake of Monday’s massacre 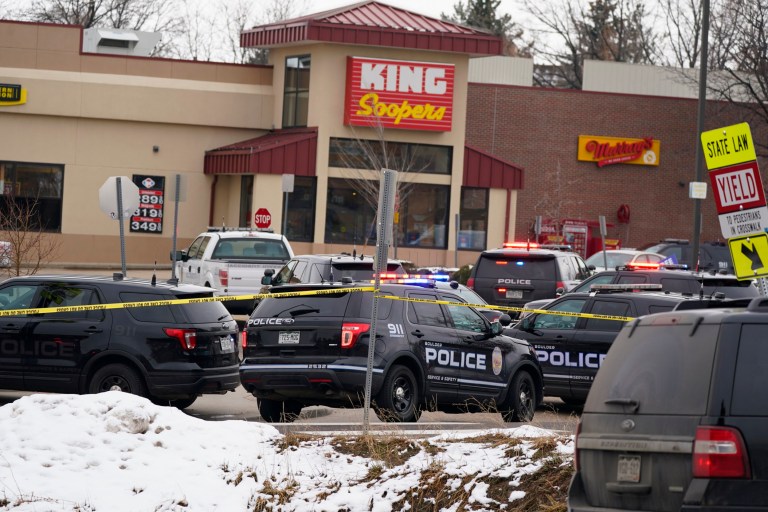 Dozens of police cars raced to the King Soopers supermarket in the wake of Monday’s shooting. The first officer who responded, Eric Talley, was among those killed

‘There was never a girlfriend and not many friends. He has a reputation for being stupid, not smart.

‘He was not like a proper Muslim, I don’t know what kind of Muslim he was. He did not go to the mosque I go to.’

Some of Al Issa’s friends, family and former high school classmates have also spoken out about him, describing Alissa as ‘paranoid’, ‘anti-social’, ‘violent’ and some say he has the temper ‘of a demon’, reports MailOnline.

Social media posts from his Facebook page also show how he ranted about Islamophobes and against President Trump. 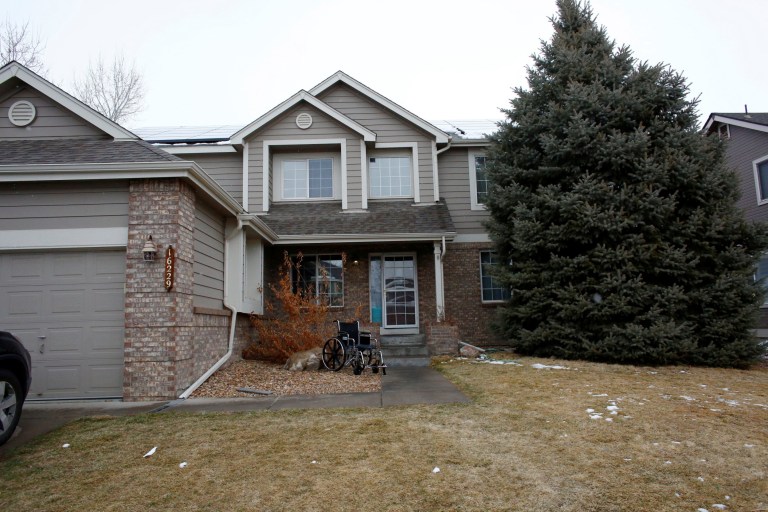 Almusa added that no one in the family knows what his motive was and that his distraught father has ‘almost died’ from all the crying he has done this week.

‘I do not know what happened with this guy to make him do this. We just don’t know what made him go so crazy’, Almusa said.

‘I wish we knew. This is terrible for the family, for the victims, for America. His father has almost died from the crying.’

‘His mother, Hadija, his sisters, my wife, his brothers, are all crying.’

Investigators were seen searching the $800,000 Colorado home of the Al Issa and his parents on Tuesday. The grocery store is about 30 miles from his Arvada home. 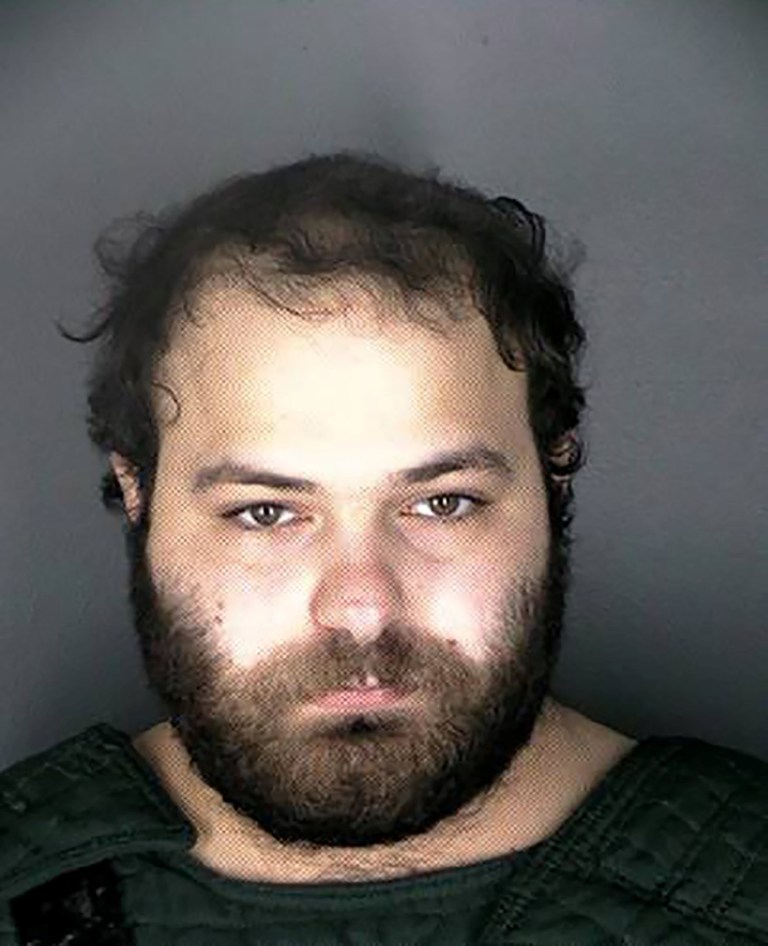 Ahmad Al Issa, 21, of Arvada, identified by police as the suspect in a mass shooting at King Soopers grocery store, poses for a county jail booking photograph in Boulder, Colorado (Picture: Boulder Police) 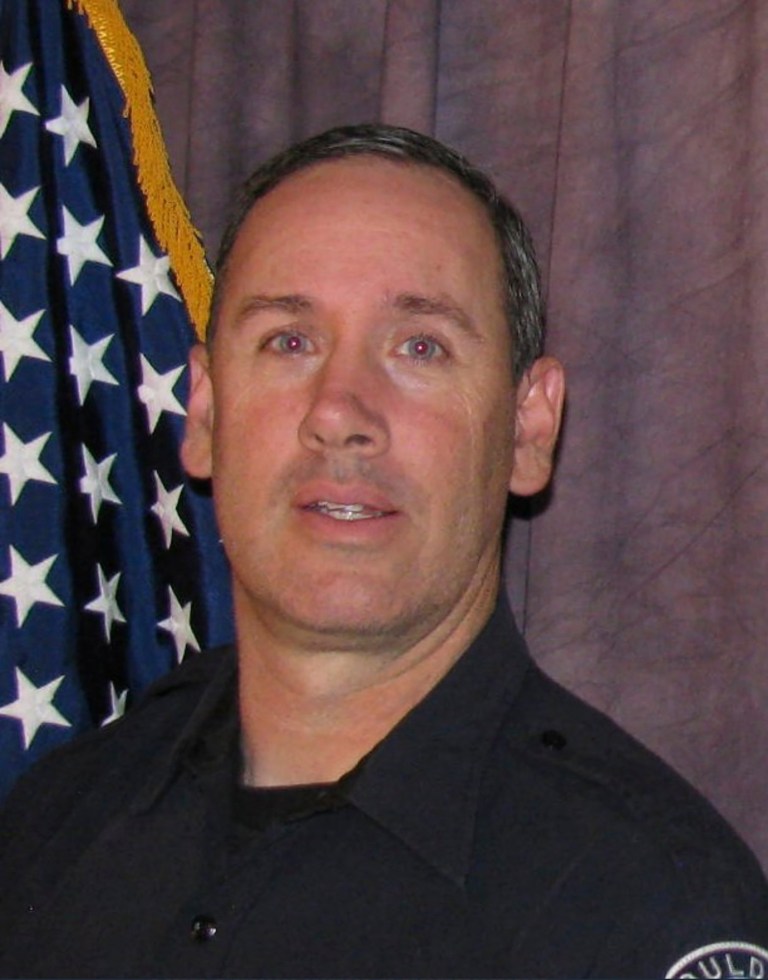 Al Issa was pictured leaving the store handcuffed and bloody following the rampage and was booked into the Boulder County Jail today after being released from hospital.

Talley, an officer with Boulder Police Department, was the first cop on the scene. He was a married father of seven children.