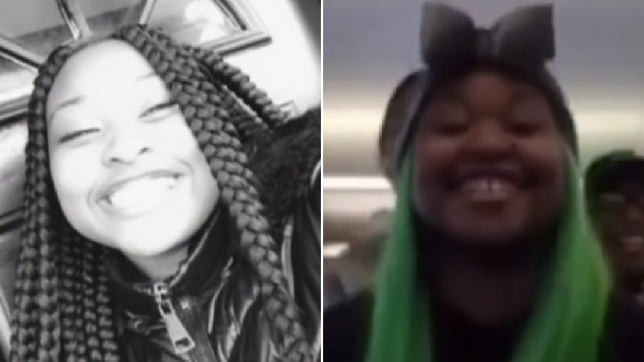 A bereft mother said: ‘I don’t know what to do! I am lost! I am lost!’ after losing her 18 year-old star student daughter to Covid. Darica Hollins is mourning daughter Zmaya Bell, who began exhibiting serious symptoms last week, after the teen, her mom and four siblings all tested positive for Covid.

Darica, from Chicago, took Zmaya to hospital as her condition worsened, with the teen discharged the next day. But just hours later Zmaya’s condition began to decline again, and she told Darica: ‘Mama, can you hold me in your arms? Because I can’t breathe.’

Zmaya’s brother Zachary helped rush the teenager – a straight A student – back to hospital. Recalling his ailing sister’s panic, Zachary said: ‘I was there in the waiting room, and I was there trying to calm her down, and I was there talking to her.. I’m telling her: “Everything’s going to be OK. Calm down. Breathe.”‘

Tragically, Zmaya died in hospital the next day. It is unclear if she had any underlying health conditions that caused her to suffer such a serious bout of the disease.

The teenager managed to have one last conversation with her mother before she died. Darica told ABC7: ‘She told me she loved me. She said she loved the family.

‘I said, don’t you leave me. She said, I won’t. And that was it… God blessed me with five gorgeous kids, and a piece of my puzzle is missing right now.’

Speaking to CBS2, Zachary added: ‘That was my heart. That was my right hand

The teenager was too young to be eligible for a Covid vaccine. Chicago has seen the number of Covid deaths among people aged under 20 jump by a third during March.

And cases among the same age group have rocketed by 126% over the same period.

Zachary and Darica have now urged other youngsters to behave cautiously to try and avoid further tragedies.

‘You know, top being in big groups, knowing that we have to stay six feet apart.’

Darica added: ‘Don’t do this, or you’re going to be sitting right in the same place I’m sitting – hurting.’