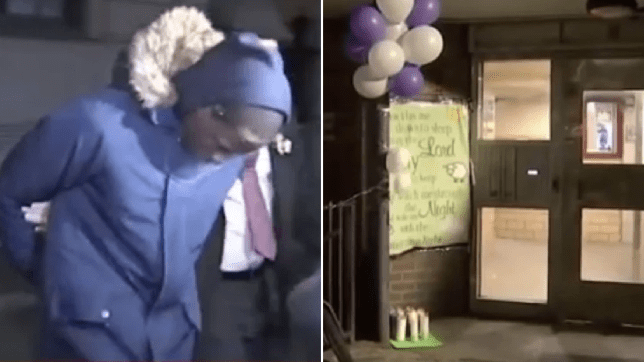 A stepfather who allegedly beat his partner’s 10-year-old son to death has been charged with murder.

Ryan Cato, 34, has been accused of bludgeoning and killing schoolboy Ayden Wolfe at an apartment block in Harlem, New York, on Saturday, according to police. The boy’s mother, who is yet to be identified, has also been arrested and remains in police custody.

Police found Ayden with ‘severe trauma’ throughout his body on March 6, with signs of both new and old injuries and signs of ‘possible sexual abuse’, reports the New York Post.

Ayden was unconscious and unresponsive in the living room when cops arrived, police said. He was rushed to Harlem Hospital, where he was later pronounced dead, police added.

NYPD police were called to the apartment at 260 West 131st Street in Harlem on Saturday, and officers officers found family members performing CPR on Ayden Wolfe. The young boy had cuts and bruises all over his body, officers have said.

It’s said that Cato told cops he heard banging on the family’s front door around 2pm on Saturday and when he opened it, found the boy unresponsive, according to New York Post sources. The boy’s mom then called 911 as his stepfather soaked him in cold water in an attempt to revive him, sources added.

Cato was charged yesterday with murder and endangering the welfare of a child.

An NYPD officer who responded to the scene said ‘I’m never going to be able to forget this and claims that the ‘kid went through a lot. It wasn’t the first time, and it didn’t just happen yesterday’, the officer said. 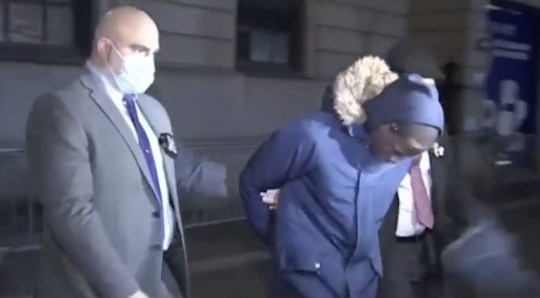 Cato is believed to be the boy’s stepfather, according to police (Picture: NBC New York)

A vigil for Ayden was held in Harlem yesterday, Sunday March 7, where a relative, who only identified herself as Jennifer A., 42, said she was a cousin of the child’s 30-year-old mom and ‘that boy was everything to (his mother)’.

She said: ‘I’ve never seen any bruises or a scratch on him. It really hurts my heart’, Jennifer said.

At the time of publication it’s understood that no charges have been brought against the boy’s mother.