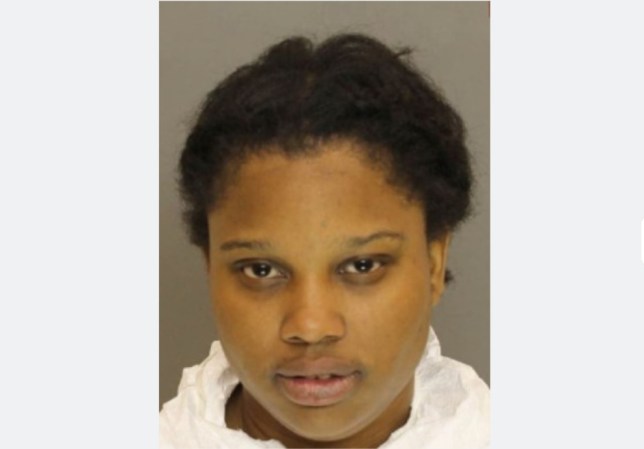 A five-year-old girl who was stabbed in the stomach told her grandmother that ‘mommy did it’. Cierra Allen, 30, was arrested after her daughter’s grandmother saw the child bleeding on the couch and saying that mom was responsible.

Allen admitted she stabbed her daughter when York City Police officers confronted her at York Hospital in Pennsylvania on Wednesday, CBS 21 reported. In the course of the investigation, police interviewed the victim’s maternal grandmother, Clarissa Rawls, who was at a police station.

Rawls said her grandson called her at 7.30am saying that he was ready for her to pick him up to go to school. The grandmother said she did not leave immediately for the house because she normally picked the children up around 8.15am. Around 7.42am, Allen reportedly called Rawls asking if she was on the way and saying that she had stabbed her daughter.

The grandmother said she arrived to find the girl bleeding from stomach injuries and that the child said, ‘Mommy did it’.

Rawls quickly wrapped the girl in a blanket and drove her to the hospital with Allen and her grandson in the car. During the ride, the grandson said, ‘Mommy would not stop’, the police report states.

The grandson later told police that Allen had stabbed the girl several times in the guts and back as she screamed, ‘Mommy stop’, the report states.

She was airlifted to Hershey Children’s Hospital and remains in critical condition, police said.

York City Police Commissioner Michael Muldrow stated: ‘Our Department would like to ask you to join us in prayer as we plead for the strength and recovery of that beautiful little girl, love and support to the family, and peace-of-mind to all the officers, emergency workers, medical personnel and school staff who responded to this incident’.