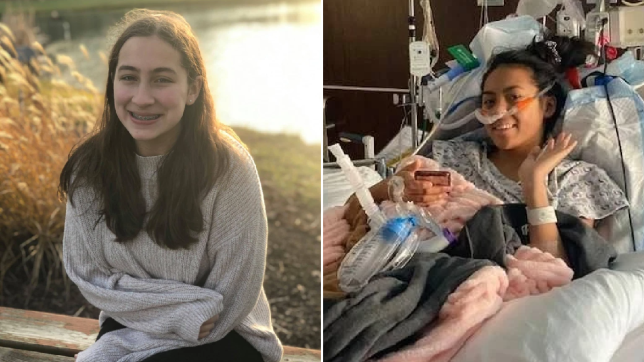 Eirelyn Zuercher, 14, left sadly died on February 24 and Natalie Wilson, right, was paralyzed after her accident on February 21 (Pictures: Facebook/GoFundMe)

A teenage girl died of brain damage and another has been paralyzed from the waist down after crashing while sledding on a slope known for its super-fast speed.

Eirelyn Zuercher, 14, tragically died of ‘a detrimental brain injury’ on February 24 after falling off her sled on a notoriously fast and icy hillside in Hinckley, Ohio.

She was involved in the accident on February 20 and doctors tried to save her, but after four days on life support Eirelyn sadly succumbed to her injuries, her heartbroken mother said in a Facebook post.

Just a day later, on February 21, a 17-year-old girl suffered a broken back, spinal cord damage and six broken ribs after crashing on the very same hill as Eirelyn, reports NBC. 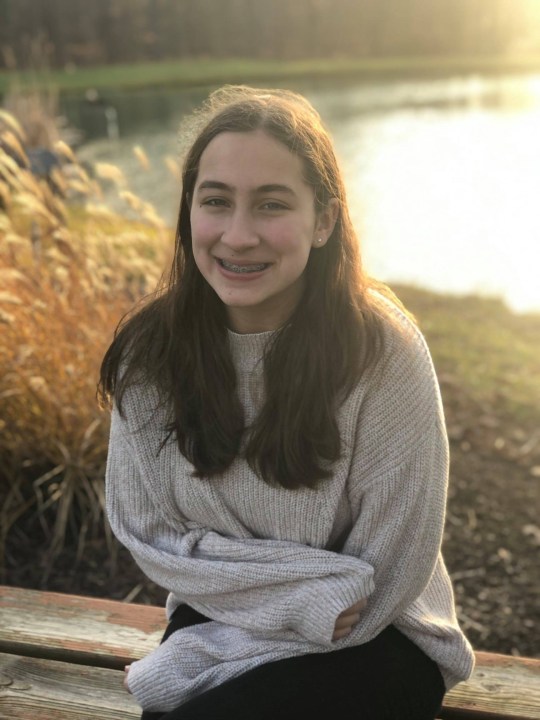 Eirelyn was involved in a sledding accident on February 20 (Picture: Facbook)

The girl, Natalie Wilson, remains paralyzed in hospital following crashing into a tree line at the Hinckley Reservation, her father Jim Wilson has said.

Wilson told NBC that his daughter and a friend ‘were taking one last trip down the hill before going home’ when their sled veered off course toward some trees.

He said the hill can sometimes get icy, causing sleds to go faster than usual and believes that’s what happened the day of his daughter’s accident.

Wilson added that his family has visited the park ‘many, many times’ before and that it was his daughter’s second time there this year.

He said Natalie was on a sled with a friend when the accident happened.

‘That’s pretty much where we go when we want to sled ride.

‘They were both on the sled. So what basically happened is they spun out of control toward the bottom of the hill.

‘Her friend was ejected from it … and my daughter most likely hit a tree.’ 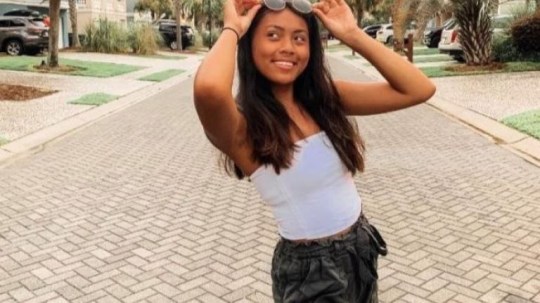 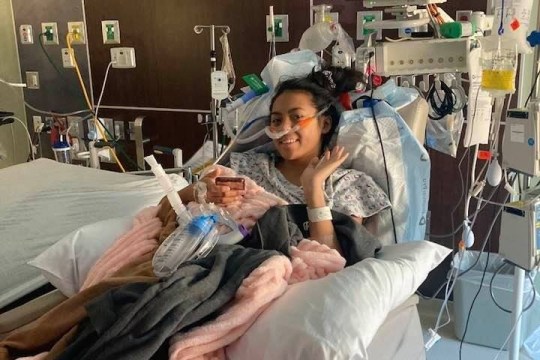 Wilson said he got a call from his daughter just before 9.30pm last Sunday telling him she had been injured.

She was taken to MetroHealth Medical Center in Cleveland, and a GoFundMe page has been set up to help with the family’s medical expenses. So far the account has raised more than $16,000.

Wilson said that his daughter is likely to remain hospitalized for at least the next several weeks but that she is making slow progress.

In a Facebook post on Tuesday March 2 he said: ‘Natalie felt tingling in her legs and the doctor felt slight toe movement.

‘Praise God almighty. I will take ‘tingling’ right now!!! I needed this right now like you wouldn’t believe.’