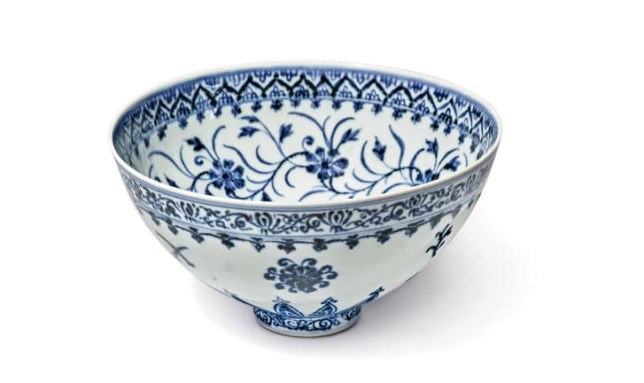 The small floral bowl was picked up on the cheap in New Haven, Connecticut, last year after its previous owner wanted to get rid of it.

But seemingly unbeknown to them at the time, the bowl is actually an exceptionally rare 15th-century Chinese antique that could end up costing half-a-million dollars when it goes under the hammer next month.

It has since been identified as an item of historical significance and has been valued at between $300,000 and $500,000, writes CNN.

The lot will be sold by Sotheby’s auction house in New York, on March 17.

Angela McAteer, head of Chinese art at Sotherby’s, said the owner’s identity will not be revealed but added that he ‘didn’t haggle over the $35 asking price’.

Shortly after making the purchase, the anonymous buyer sent photographs of the bowl to auction specialists, who identified it as an item of significance. 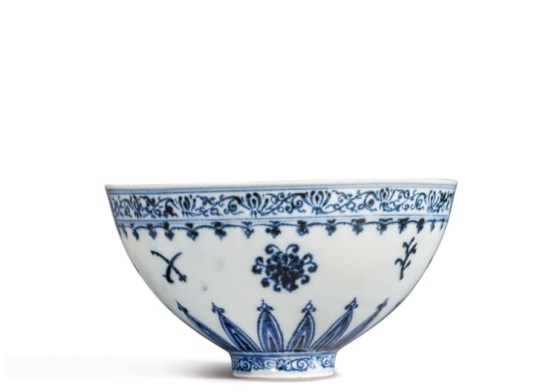 The bowl will go under the hammer in New York on March 17 (Picture: Sotherby’s/CNN)

‘We instinctively had a very, very good feeling about it’. McAteer said.

Upon closer inspection, the ancient artifact was found to have originated from the court of the Yongle Emperor, who ruled from 1403 to 1424 – a period noted for its distinctive and celebrated porcelain techniques.

Known as a ‘lotus bowl’, due to its resemblance to a lotus bud, the item’s top estimate is nearly 14,300 times the amount it was purchased for.

In addition to its vibrant blue coloring, McAteer added that ‘it had all the hallmarks that one would expect of these great commissions of the Yongle period’.

With a diameter of just over six inches, the small but detailed bowl would likely have had both artistic and practical value at auction.

Only six other similar bowls are known to have survived to this day, according to Sotheby’s, with others housed by institutions including the National Palace Museum in Taipei, as well as the British Museum and Victoria & Albert Museum in London.