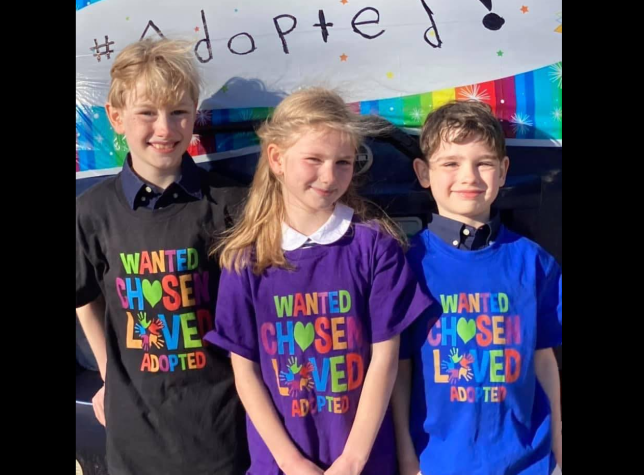 Jonathan, left, and his sister Madeline and younger brother Benjamin were delighted at being adopted on Tuesday after spending four years in care (Picture: Facebook)

A trio of young siblings who spent four years in care have shared their joy after being adopted together. Jonathan, 10, his sister Madeline, eight, and youngest brother Benjamin, six, were adopted by Jennifer Tveter in Derry, New Hampshire, on Tuesday.

Jonathan said afterwards: ‘It is the best day of my whole entire life.’ And Madeline added: ‘I feel so happy.’ The trio were relieved to learn they would not be separated, and jumped up and down with joy on learning Jennifer would be adopting them all.

The siblings dressed in smart clothes for their official adoption ceremony, and beamed with obvious pride while having their photo taken afterwards.

They spent 1,609 days in the care of New Hampshire state social services, with locals in Derry organizing a car parade complete with balloons, banners and honking horns to help the children celebrate their new home. 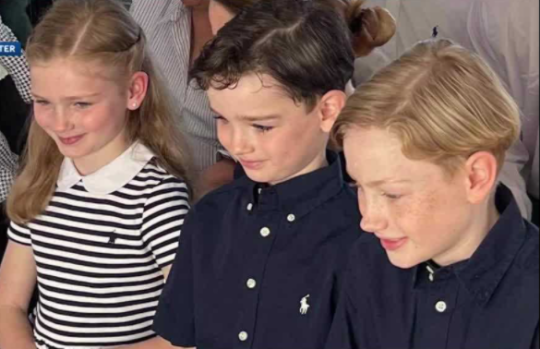 The siblings told of their delight at being adopted, and not being separated from one another (Picture: WMUR)

Jennifer said: ‘Now they just get to be children and heal and be happy and loved and they are so loved.

‘It’s not just me. It’s my entire family. They aren’t just happy they are relieved that no one is going to hurt them again.

Jennifer, who is single and works for an anti-domestic violence organization, had been fostering the young siblings before adopting them.

She told Metro.co.uk of how the children had blossomed in her care. Jennifer explained: ‘The beginning was extremely difficult. We had therapists in our house every single day.

‘The first year we focused on the children feeling safe, working on trauma and crisis control. The second year we could start working on bonding and learning how to be a kid. They have come such a long way.’

Jonathan, Benjamin and Madeline also now have the excitement of a new baby brother – Finnegan – to help care for, WMUR reported.