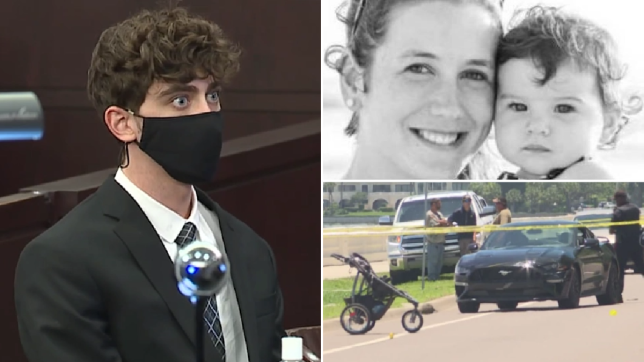 Cameron Herrin’s eyes widened with shock as the 21 year-old was jailed for 24 years for killing Jessica Reisinger-Raubenbolt and her daughter Lilia, top right, while racing his Ford Mustang, bottom right, in May 2018 (Pictures: Spectrum News/WTSP)

A 21 year-old boy racer’s eyes widened with shock as he was jailed for 24 years for crashing his Ford Mustang into a mother and toddler, killing both. Cameron Herrin was unable to hide his emotion during Thursday’s sentence for the May 2018 deaths of Jessica Reisinger-Raubenolt, 24, and her 21 month old daughter Lilia.

Herrin, from Tampa in Florida, looked stunned as he was led away to begin his sentence at a state prison, with his family breaking down into sobs. Herrin’s parents bought the then 18 year-old the brand new car as a high school graduation present just two before the smash.

Jessica and Lilia, who was in her stroller, were struck and killed while crossing a road. Cameron was driving at speeds of more than 100mph in the seconds before the crash, and is said to have been racing friend John Barrineau’s Nissan at the time of the smash. The car hit Jessica and Lilia at between 30-40mph.

Analysis of the car’s electronics showed that it had also been driven at 162 mph shortly before the fatal crash, although it is unclear who was behind the wheel at that time. The Herrins spoke of their horror and anguish over the killings at their son’s sentencing.

But Jessica’s mother Pamela Reisinger had little time for their remorse during Thursday’s hearing.

Meanwhile, Brian Raubenbolt – Jessica’s brother and Lilia’s uncle – was equally harsh on Herrin while reading out his victim impact statement.

Addressing the killer driver directly, Brian said: ‘Do you know what it’s like to prepare for a deceased loved one’s birthday? 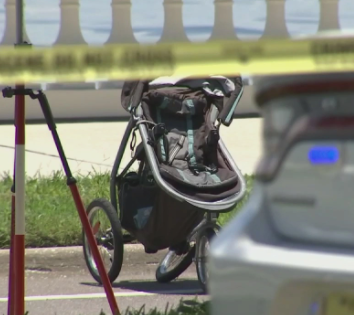 Lilia’s mangled stroller is pictured after the crash that killed her and her mother. Cameron Herrin was driving at speeds of up to 100mph in the moments before the crash

‘Do you know what it’s like to whisper into a dying toddler’s ears, “I promise I will always take care of your dad?” … You did this to us, Cameron. You killed them.’

And widower David Raubenolt – who lost his wife and daughter in the smash – told Herrin: ‘I want you to never forget that you have caused thousands of people to cry.’

All the victims’ loved ones called for Herrin to be given the maximum 30 year prison sentence.

Hillsborough Circuit Judge Christopher Nash ultimately opted for a slightly shorter term, and told Herrin: ‘It’s impossible to have greater harm than occurred in this case.’ 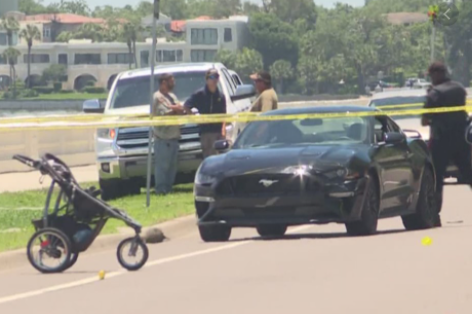 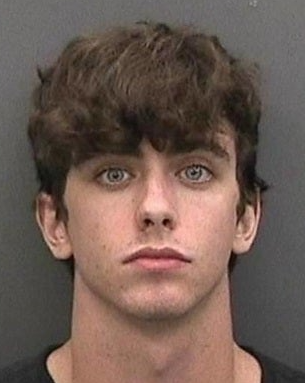 Herrin’s mother Cheryl said he had suffered nightmares, panic attacks and anxiety attacks in the wake of the deadly crash

Herrin’s mother Cheryl Herrin told the court of the call she got on the morning of the accident, when her son told her: ‘Mom, I’ve killed someone.’

She did not believe him, but then drove to the scene of the crash and saw the Mustang surrounded by police tape.

According to the Tampa Bay Times, Cheryl told the judge: ‘I feel responsible for this accident.

‘If I could, I would step in front of Cameron, and I would accept the punishment you might render.’

Cheryl also told of how Cameron and his brother Tristan, who was in the car when it crashed, suffered nightmares, panic attacks and anxiety attacks in the wake of the smash.

Falcon and Winter Soldier: Daredevil and Punisher Disney Plus future?