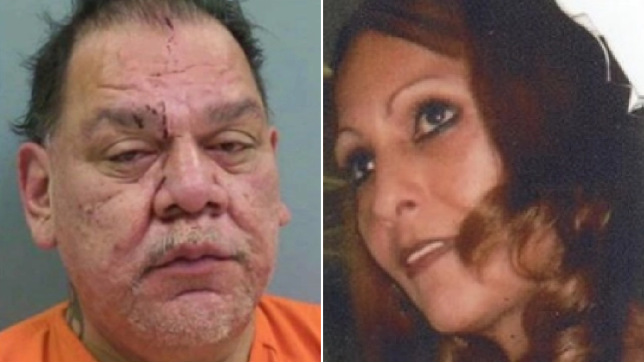 A murderer who stabbed his victim, then had sex with her corpse and sang a song to police has lost his appeal to have his rape conviction quashed. Lorenzo Martinez, 54, says she shouldn’t have been charged with raping victim Mary Neal, 57, in February 2017 because she was already dead by the time he defiled her.

But New Mexico’s Supreme Court upheld the conviction on Thursday after ruling that Martinez, from Clovis, had broken a law forbidding ‘forcible, nonconsensual sexual penetration of a person’s body.’ Martinez initially confessed to raping Neal, with investigators finding sufficient evidence to corroborate his claim.

Sex with a corpse is not illegal in New Mexico, but the state’s Supreme Court said the circumstances in which Neal’s remains were abused were clearly criminal. The killer – a longtime schizophrenic – also failed in his bid to have his murder conviction tossed by reason of insanity.

Supreme Court justices said his ‘conscious’ and ‘theatrical’ murder of Neal showed that he was of sufficiently sound mind at the time to know what he was doing, according to the Albuquerque Journal.

Martinez called 911 after killing Neal to say he had stabbed her ‘like, 18 times,’ because she was ‘irritating him.’ He told an operator he’d twice had sex with the corpse in the ensuing hours, then sang Red Hot Chili Peppers song Dani California down the line while police raced to his home.

Asked by dispatcher Eric Galvan how Neal, a mother and grandmother, had annoyed him, Martinez answered: ‘By being alive.’

After being arrested, Martinez told detectives that he idolized serial killers, wanted to murder someone for a while, and felt ‘good’ about finally doing so.

He was convicted of Neal’s murder in October 2018, despite his lawyers’ claim that the murder could have been prevented had Martinez been offered proper mental health treatment, The Eastern New Mexico News reported.

Martinez will now serve out the rest of his prison sentence – life behind bars, with a minimum of 30 years before he can apply for parole.