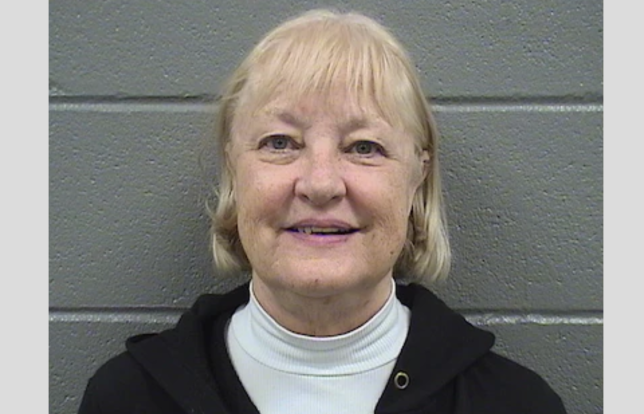 A 69 year-old serial stowaway famed for sneaking on flights has been arrested at an airport again just days after she vowed to turn over a new leaf.

Marilyn Hartman was allegedly caught at Chicago O’Hare Airport on Wednesday afternoon, after traveling there from the halfway-house she was living in after being freed from jail.

Hartman was wearing an ankle bracelet at the time, which alerted Cook County Sheriff’s Office that she had left the halfway house. Deputies tried ringing her on the phone connected to the tracker, but she failed to answer, CBS2 reported.

The famed stowaway did not make it through security, or onto a flight, according to deputies.

She now faces felony escape charges – and is almost certain to be sent back to Cook County Jail, having only recently been freed after more than 500 days in custody there.

Hartman was allegedly caught at O’Hare just two days after telling CBS2 that she had been diagnosed with bipolar disorder in prison, and that treatment was helping her recover.

She blamed her behavior on a violent childhood, which she said gave her a literal ‘flight’ response when faced with a stressful ‘fight or flight’ situation. 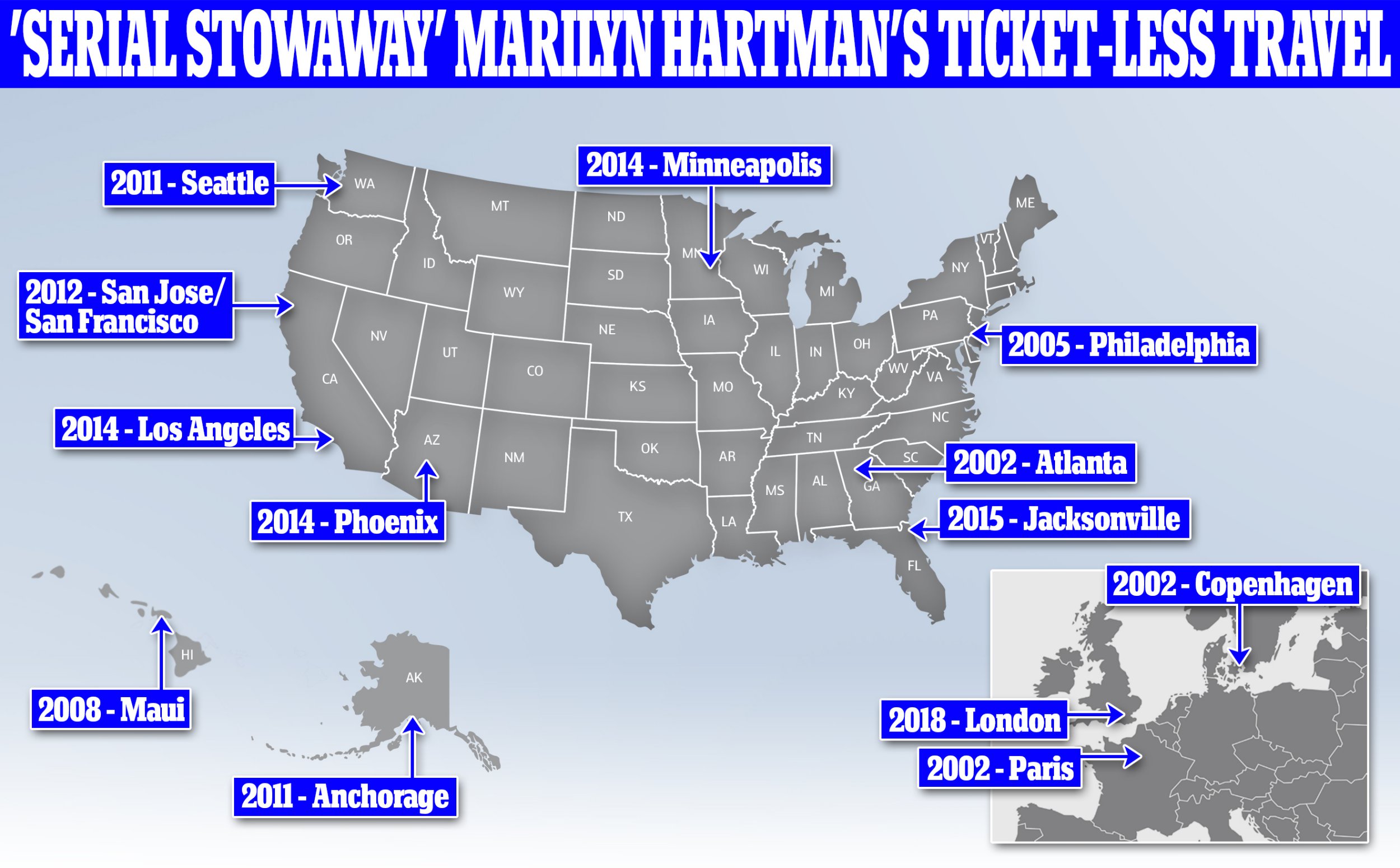 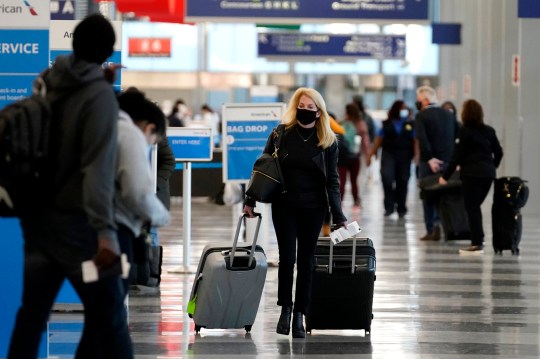 Hartman was caught at Chicago O’Hare Airport, pictured, on Wednesday afternoon – and is now back in jail (File photo -AP)

Apologizing before her latest arrest, Hartman said: ‘‘I want the opportunity to apologize to the people I’ve hurt.’

Hartman boarded more than 30 flights illegally between 2002 and 2019. She began her globe-trotting with trips from Chicago to Copenhagen and Paris.

The stowaway then crisscrossed the US without a ticket, and managed to get away with her antics until 2014, when she was caught-out in California.

Hartman was given a slap on the wrist by a judge, but ended up in jail in 2019 after successfully flying from Chicago to London without a ticket.

Exasperated Judge Peggy Chiampas ordered her held in custody over Hartman’s apparent inability to stop boarding planes illegally, after she was charged with felony burglary and trespass.

Explaining how she managed to get away with it, Hartman claimed that a combination of her unassuming appearance and confidence had helped her fool airport security staff.

She would make it appear as if she was traveling behind another passenger who had a ticket, and was repeatedly waved through security, then onto planes.

Hartman is currently being held in jail. If charged with another felony, Hartman could appear in court on Wednesday.