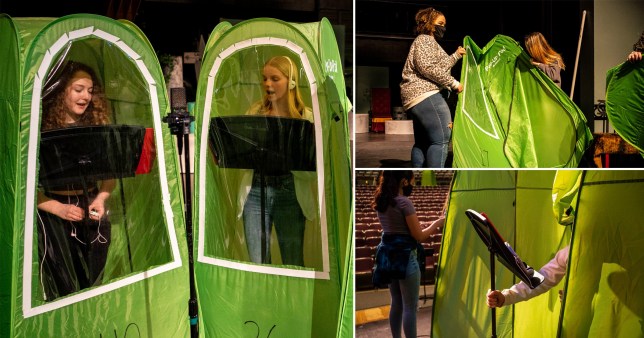 School band rehearsals look a little different to what they used to (Pictures: Getty)

Pupils at a school in the US have been able to hold band practices again but only if they isolate themselves in little green tents.

Pictures of the slightly bizarre scene have sparked a debate on social media with a congresswoman tweeting that it looked like ‘child abuse.’

The musicians jumped at the chance to restart in-person rehearsals when the school started operating using a hybrid model on January 26.

To ensure social distancing rules are followed, only half the band are able to practice at any one time and all members have to zip themselves up inside their own individual pop-up tent. The tents then have to be disinfected so that other members can take over.

Covid has made it difficult for bands and choirs to practice in person because the virus is spread via droplets in the air. Singing and playing instruments are thought to be high risk activities, particularly in poorly ventilated spaces.

The pupils appear to be enjoying themselves in the pictures but many have felt the need to comment online.

Trump-supporting congresswoman Marjorie Taylor Greene, who represents Georgia’s 14th CD, tweeted: ‘Child abuse in tent #8! End this nonsense, America!’ Others said it was ‘not normal’ and ‘is making me want to lose it’.

Washington school districts were given the go-ahead to reopen schools at the start of the year, if their area is averaging fewer than 50 new coronavirus cases per 100,000 residents. 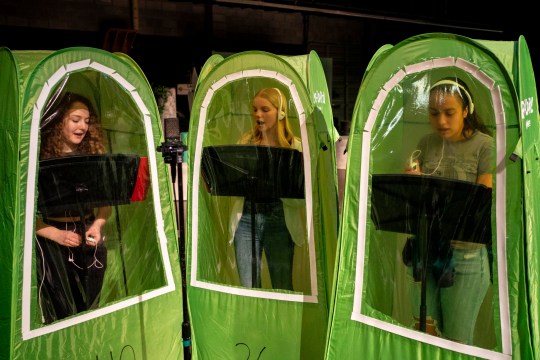 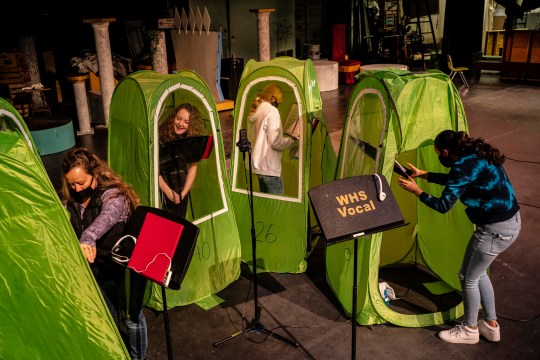 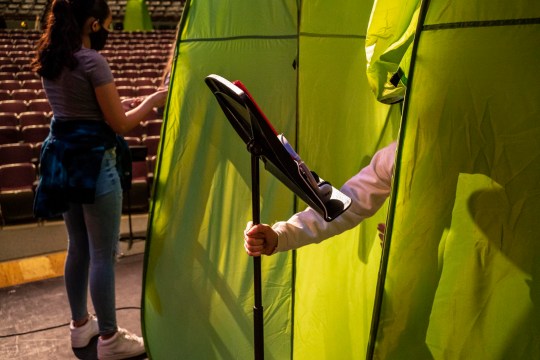 Some have said the pictures look like ‘child abuse’ (Picture: Getty)

According to the Washington Office of the Superintendent of Public Instruction, 28.3% of students are now back in school buildings.

‘It is amazing the level of energy in the building, having adults interacting with kids but also the conversations of adults to adults,’ Wenatchee principal Eric Anderson told local news website Wenatchee World.

‘You get kids back in the building, you get a lot of smiles even with masks on. You can tell people are happy,’ he added.

A pupil at the school, Alexandra Provo de las Heras, told the website: she was ‘excited to be back in the building with friends and around teachers.’ 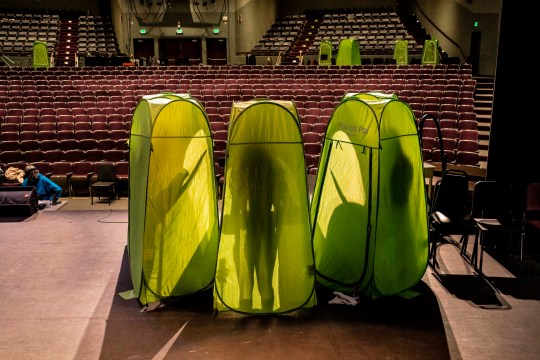 Only half the band can practice at any one time (Picture: Getty) 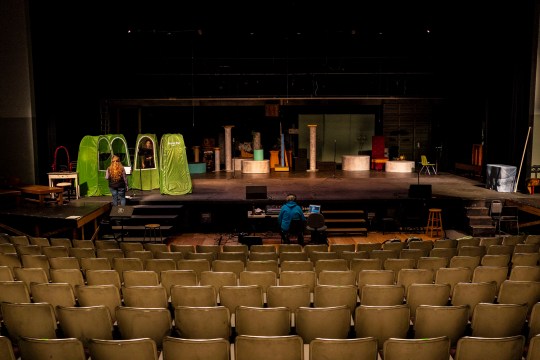 Singing indoors is a particularly high risk activity as it can spread the virus (Picture: Getty) 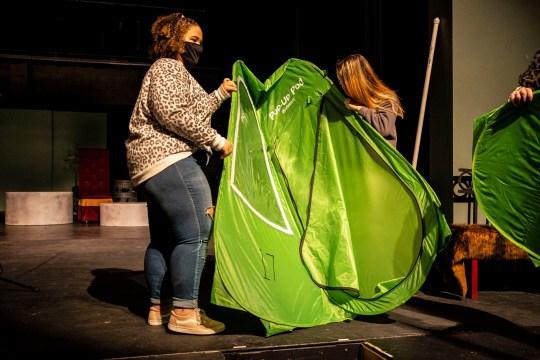 The pupils must disinfect their own tents so they can be used again (Picture: Getty)

‘It’s so much easier to being in the classroom than being in Zoom,’ she added.

The school is currently working on a hybrid am/pm system that sees all pupils taught remotely on Mondays and then in-person lessons either in the morning or afternoon.

Mr Anderson added: ‘I think that has been critical, in my mind, because you have now four days a week where they are seeing a teacher and interacting with some friends.

‘Granted they only have five minutes between class periods, so they don’t have a ton of time to chat. Some kids will get here early so they have time to talk to their friends.’