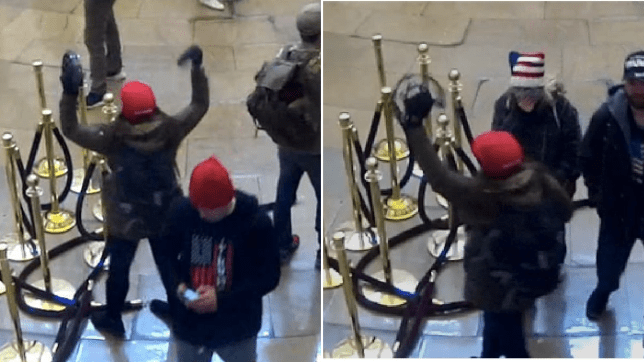 A retired police officer who shook a tambourine in celebration during the January 6 Capitol riot has been arrested for storming the building with fellow Trump supporters. Sara Carpenter, 51, turned herself over to federal authorities on Tuesday morning after video footage went viral of her playing a tambourine during the insurrection.

A CCTV video of the Capitol Rotunda showed the woman walking across the room to an exit, according to a criminal complaint filed in the US District Court for the District of Columbia.

‘Before exiting, however, the woman turns back to the room and raises her hands in the air,’ the complaint obtained by Law & Crime states. ‘In her left hand, she holds a tambourine, which she shakes several times before turning back around and exiting the Rotunda.’

Carpenter, who retired from the New York Police Department in 2004, ‘voluntarily provided’ the tambourine to authorities. FBI agents who carried out a search warrant of Carpenter’s home in early March found a jacket, boots and backpack that looked like the same items she wore for the insurrection. 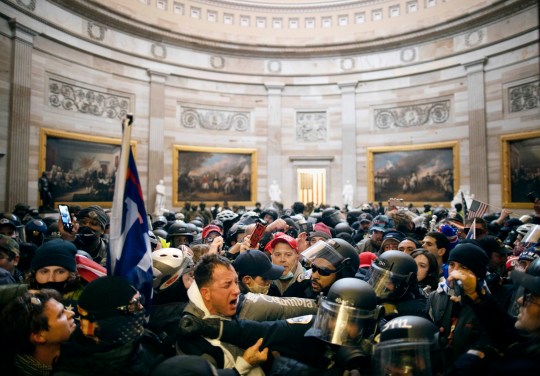 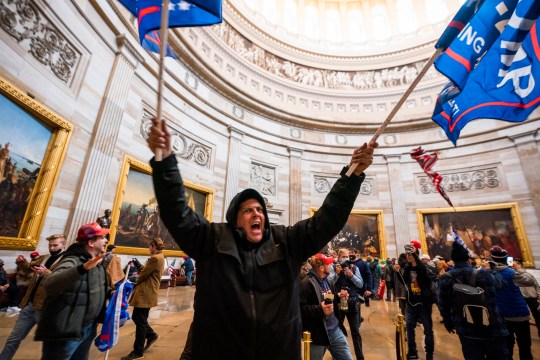 Trump supporters rioted at the US Capitol on Jan. 6 (Picture: EPA)

The former cop appeared for a voluntary interview with the FBI in which she confirmed that she drove from New York City’s Queens neighborhood to Washington, DC.

Prosecutors have charged more than 325 people for their alleged roles in the Capitol riot, CBS News reported.

She stated that she was ‘trampled and pepper sprayed as she exited the Capitol building,’ according to the complaint.