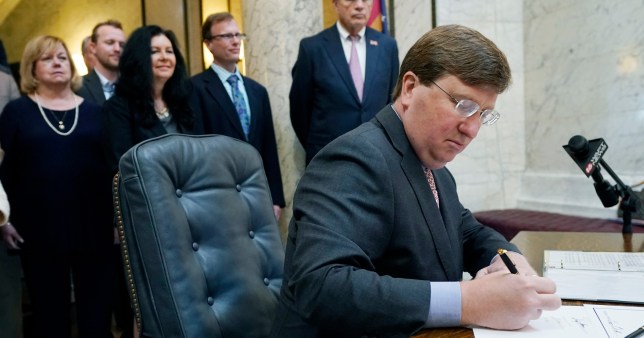 The US state of Mississippi has banned transgender women from taking part in competitive sports.

He Tweeted to say the Mississippi Fairness Act will ‘ensure young girls are not forced to compete against biological males’.

The controversial new law will come into effect on July 1, though a legal challenge is possible, and would impact on participation in high school and college girls and women’s teams.

Mississippi has become the first US state to pass such a law, though a similar law is expected to be signed this week in South Dakota by Governor Kristi Noem.

Governor Reeves announced the approval of the new bill on Twitter this afternoon and said: ‘I never imagined dealing with this, but POTUS left us no choice. One of his first acts was to sign an EO encouraging transgenderism in children.

‘So today, I proudly signed the Mississippi Fairness Act to ensure young girls are not forced to compete against biological males.’ 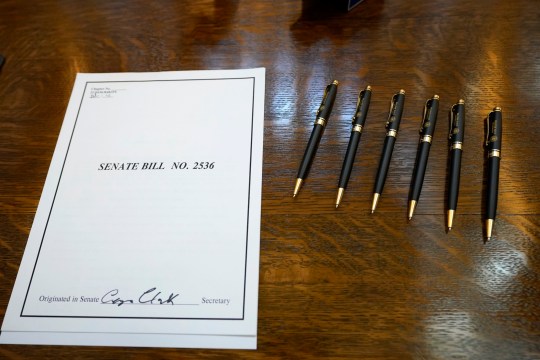 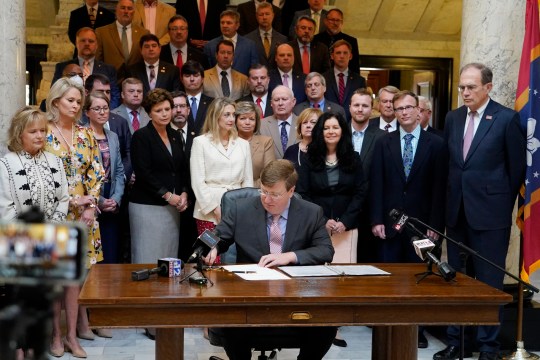 Gov. Tate Reeves signed the first state bill in the US this year to ban transgender athletes from female sports teams, as supporting lawmakers gather behind him (Picture: AP)

Supporters of such laws argue that transgender girls, because they were born male, are naturally stronger, faster and bigger than those born female.

Mississippi’s new law, which is being considered by other conservative lawmakers in several states across the US, is in response to an executive order by Democrat, Joe Biden, that bans discrimination based on gender identity in school sports and elsewhere.

The President signed it on January 20, the day he took office.

Reeves, who has three daughters who play sports, said earlier this month that Mississippi’s bill would ‘protect young girls from being forced to compete with biological males for athletic opportunities’.

Melissa McCarthy Was ‘Flipped Off’ for Wearing Sweats to the Oscars