A plastic surgeon who was the star of a reality TV series has appeared in court with his girlfriend for allegedly drugging and raping several women.

The hearing saw several of the pair’s alleged victims speak out about how they were allegedly drugged and raped by Robicheaux, aged 40, who appeared on Bravo TV’s Online Dating Rituals of the American Male.

He was initially charged in 2018 with plying seven women with drugs and raping them at their Southern Californian home. Riley, meanwhile, was charged in connection with five victims. 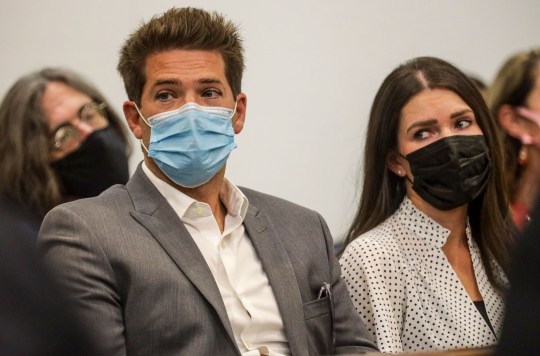 Robicheaux and Riley have both pleaded not guilty to the charges, saying the sex was consensual.

Former Orange County district attorney Tony Rackauckas said in September 2018 that the couple may have abused as many as 1,000 women and that he had troves of video evidence to prove it.

The ongoing case has seen a number of bizarre twists and turns that led one judge to recuse himself from the case. The Orange County district attorney’s office the tried to have the case dismissed, saying it believed there was insufficient evidence to proceed.

The case was reassigned to Judge Ospino in July after Orange County Superior Court Judge Steven Bromberg decided to recuse himself, reports KCAL.

Defense attorneys had reportedly filed a motion to disqualify Judge Bromberg from the case, claiming he had shown bias. Judge Bromberg denied the motion and the claims against him – but he recused himself anyway.

Last August another judge ordered the case be turned over to the state’s attorney general’s office after District Attorney Todd Spitzer accused his predecessor, Rackauckas, of manufacturing the case to bolster his re-election campaign. 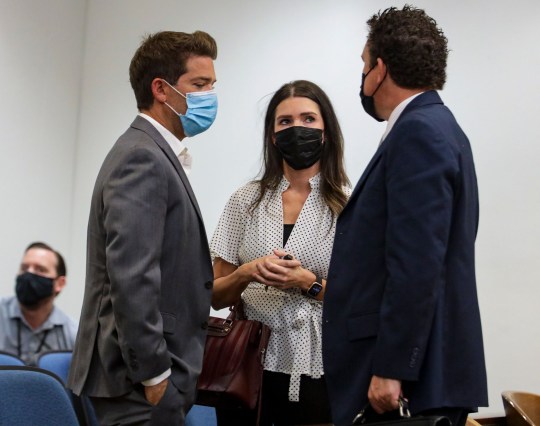 Spitzer had filed a motion requesting to dismiss the case, but an Orange County Superior Court judge denied the request.

During a hearing in May, prosecutors also asked the state to dismiss 10 charges involving six of the seven alleged victims.

‘We have no reason to believe that any of these victims are being untruthful’, said the prosecution, but a review found that some allegations couldn’t be proved beyond a reasonable doubt.

Noting twists and turns in the case, Judge Bromberg said it is ‘becoming the never-ending story.’

Before recusing himself, Judge Bromberg also granted a motion from prosecutors to dismiss charges related to two victims, KCAL reported.

A woman who has accused Robicheaux of raping her told Orange County Superior Court Judge Frank Ospino that she wanted to be heard, despite her case not being included in criminal filings against the reality TV doctor, KCAL reported.

‘I’ve begged a judge not to dismiss my case,’ the woman said, ripping the case as a ‘complete travesty’ during the daylong hearing.

‘I told Robicheaux I didn’t want to have sex with him.’

Robicheaux and Riley will appear in court again at a later date.