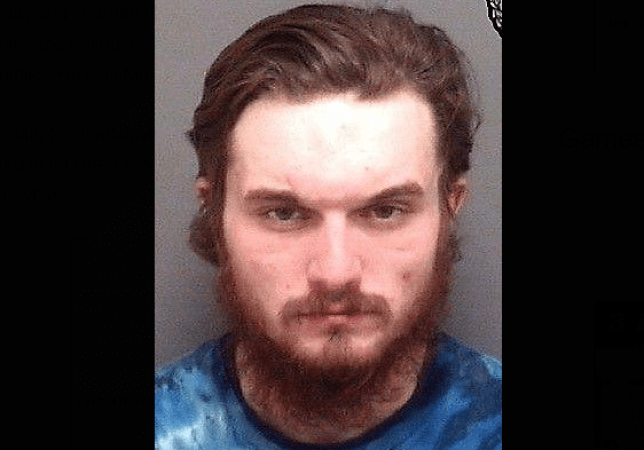 Trenton Reed is accused of breaking into a 14 year-old girl’s house with a crowbar and raping her (Picture: Decatur Police Department)

A rapist turned up at a 14 year-old girl’s home, then forced his way in with a crowbar and assaulted her when she tried to keep him out, police say.

Trenton Reed, 26, is said to have broken into the youngster’s house in Decatur, Alabama, on January 19 after turning up outside, only for its young occupant to refuse to let him in. That saw him use the prying tool to gain entry to the home, prompting the terrified girl to try and hide from Reed, police say.

Outlining what is alleged to have happened next, a police affidavit said: ‘The victim ran into her bedroom and closed the door. Reed gained entry into the bedroom and grabbed, threw the victim to the ground.

‘Reed then drug (sic) the victim throughout the residence by her feet. Reed also took possession of the victim’s phone.’ The girl is also said to have been raped during the burglary.

Police say Reed went to the house where the girl lived with the intent to commit third-degree domestic violence, Decatur Daily reported.

That means he knew at least one person who lived there, although investigators have not outlined the relationship between Reed and his alleged victim, or her family.

Reed is accused of stealing an acquaintance’s cat three days before the rape and burglary, then texting its owner saying they needed to say goodbye to their pet.

The animal was later found safe in the trunk of his car. Reed was arrested on January 26, after allegedly trying to give police a false name.

Reed, who faces life in prison if convicted of all charges, is being held in Morgan County Jail on $1.05million bail.