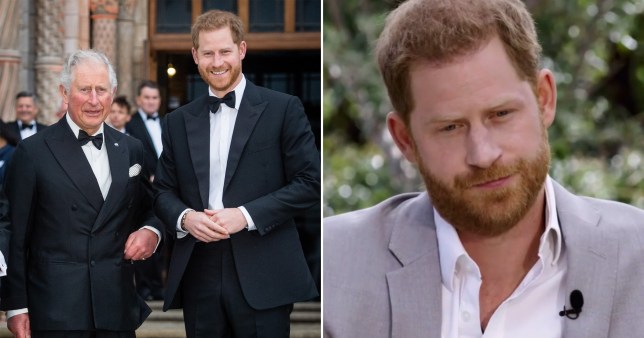 Prince Harry has said his father ‘stopped taking my calls’ after he and his wife left the UK for Canada.

He described the situation of them feeling driven to leave the UK as ‘very sad it’s got to this point’.

Joining his wife for the second part of her interview with Oprah Winfrey, the prince said he had not ‘blindsided’ the Queen when announcing he and Meghan were stepping back as senior working royals.

Asked about the ‘tipping point’ which meant the couple decided to step back as senior royals and leave the UK, Harry replied: ‘I was desperate. I went to all the places which I thought I should go to, to ask for help – we both did, separately and together.’

Winfrey said: ‘You left because you were asking for help, and didn’t get it?’ 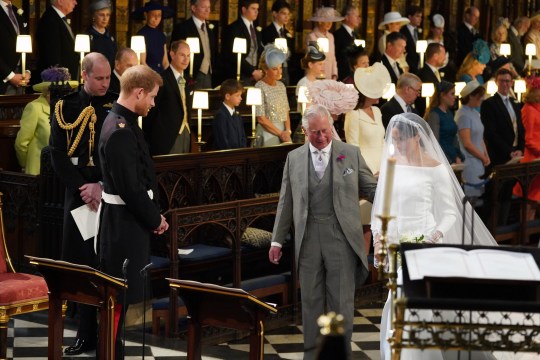 Prince Harry looks at his bride, Meghan Markle, as she arrives accompanied by Prince Charles, Prince of Wales during their wedding in St George’s Chapel at Windsor Castle (Picture: Getty) 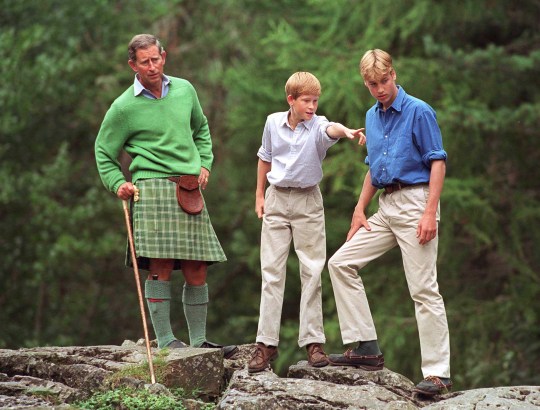 Prince Harry when he was younger on a trip to Balmoral with his father and Prince William (Picture: Getty)

Her husband said that he ‘went to a very dark place’ as well as Meghan, who opened up to Oprah about having suicidal thoughts.

During the explosive interview in which Meghan revealed she had suffered suicidal thoughts, he said: ‘It’s a very trapping environment that a lot of them are stuck in.

‘I didn’t have anyone to turn too. We’ve got some very close friends who have been with us through this whole process, the but the family have this mentality of “This is how it is”.

‘What was different for me was the race element. It wasn’t just about [Meghan].

‘For this union and the specifics around her race, it was an opportunity for my family to show some public support. One of the saddest things was over 70 members of Parliament called out the colonial undertones of articles written about Meghan, but no-one from the family said anything. That hurt.

‘I’m acutely aware of where my family stand and how scared they are of the tabloids turning of them. There’s this ‘invisible contract’ between the insitution and the tabloids.

‘If you as a family member are willing to wine, dine, and give full access to these reporters, you will get better press.

‘There is a level of control by fear that has existed for generations.’

He later added: ‘My family cut me off, in the first quarter of 2020. I have got what my mum left me, and without that I would not have been able to do this.’

When asked if bridges had been built with Prince Charles, he said: ‘He knows what pain feels like and Archie is his grandson. I will always love him, but there’s a lot of hurt that’s happened. I will continue to make it one of my priorities to try and heal that relationship.

‘I feel really let down because he’s been through something similar. I will always love him, but there#s a lot of hurt that’s happened. I will make it one of my priorities to try and heal that relationship.

‘They only know what they know – I’ve tried to educate them through the process of being educated.’