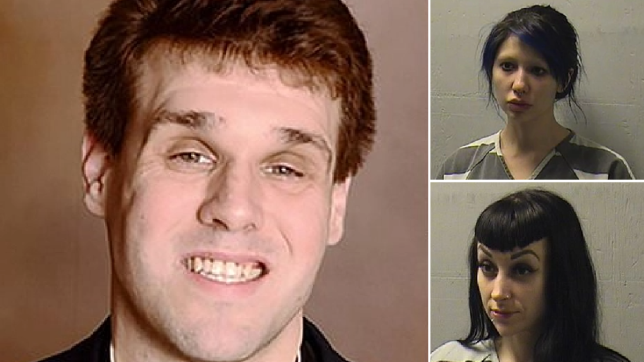 The women he was with, Mindy Dixon, 41, and Melissa Cheng, 28, face the same charge. Clark’s lawyer Bradley Phillips said it was ‘rightful’ not to pursue obscenity charges because the priest and his lovers were having consensual sex in a private place.

Phillips also lashed the vandalism charge as prurient, saying: ‘Once again, they have overstepped their bounds as this nothing more than a thinly veiled attempt to regulate the morality of private individuals.

‘Just because you don’t like something, doesn’t make it criminal. My clients look forward to their day in court as we continue to fight this baseless allegation.’ 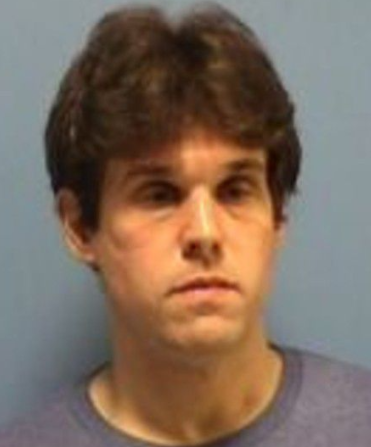 Clark, pictured after his arrest, faces a felony vandalism charge – but his lawyer says he plans to contest it in court (Picture: Calcasieu Parish Sheriff’s Office)

Clark and the women – both dominatrixes who were wearing corsets and high heels – were caught after a passer-by strolled past the church, noticed a light was on inside, and looked through a window, only to be confronted with the trio having sex.

Dixon and Cheng were recording themselves performing sex acts on Clark using a phone and camera on a tripod, Nola.com reported.

Police were called, and removed plastic sex toys as well as stage lights from the scene. The original obscenity charge was filed after prosecutors alleged the three were having sex in a place ‘open to the public view.’

He now stands accused of ‘knowingly vandalizing, defacing or otherwise damaging property and causing damage valued between $500 and $50,000.’

The altar that Clark and the women had sex on was subsequently removed and burned, with a new plinth since consecrated.