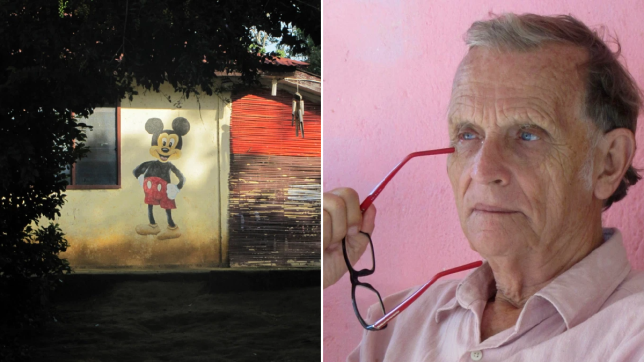 An 84 year-old priest who painted a Mickey Mouse mural on the outside of his orphanage was raping vulnerable children inside it, it is claimed. The Reverend Richard Daschbach is said to have molested and raped multiple children at the Topu Honis care home he set up in Kumet, East Timor, on a nightly basis.

Daschbach, who is originally from Pennsylvania, now stands charged with multiple counts of child sex abuse. The formal allegations against him were made three years after he was defrocked by the Catholic church after allegedly confessing to sexually abusing children in the southeast Asian country.

He appeared in court in January, with the case against him now concluded. A verdict that could lead to a prison sentence of up to 20 years is pending. Daschbach, who was likened to a ‘rock star’ by many grateful locals, allegedly touched underage girls inappropriately while washing them, took photos of them, and discouraged them from wearing underwear.

He is said to have drawn up a rota to decide which underage children would have to share his bunk bed on certain nights. One accuser, whose father had recently died, told of her relief at finding food and shelter at the orphanage – but alleges that Daschbach raped her the night she arrived. 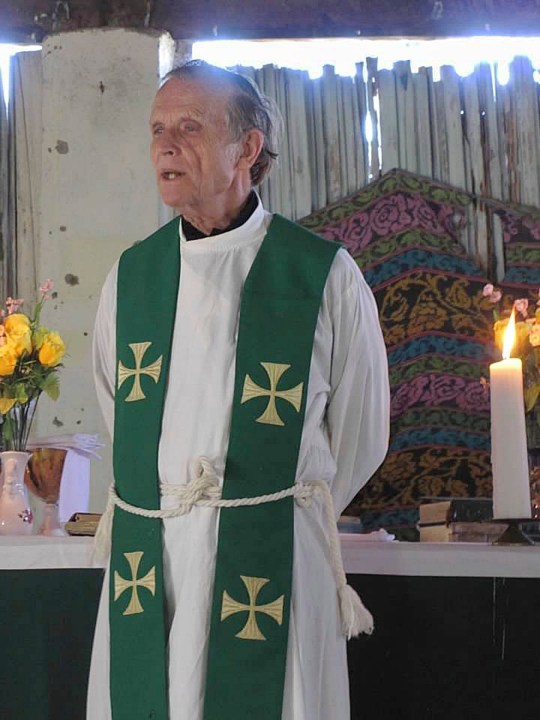 Daschbach, pictured in 2010, was defrocked by the Catholic Church in 2018, and stood trial on child sex charges earlier this year. He remains under house arrest awaiting a verdict (Picture: AP)

She continued: ‘He would pull out and say, “I have to stop, otherwise you’ll be pregnant.”‘

Daschbach became a local hero after setting up Topu Honis during East Timor’s attempts to liberate itself from Portuguese colonial rule, then a subsequent invasion by Indonesian forces.

The bloody battle for independence from Indonesia lasted 24 years, claimed 200,000 lives and sparked a devastating famine. 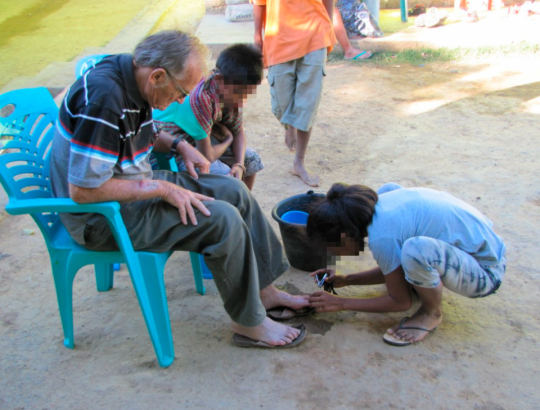 Daschbach, pictured having his toenails clipped by a young girl, set up his orphanage in war-torn East Timor in 1992, and quickly became a local hero (Picture: AP)

Daschbach founded his shelter in 1992, and won over locals by educating children, providing a seemingly safe place for them to live, and spreading his Catholic teachings.

Visitors to Topu Honis were so impressed than tens of thousands of dollars in donations flooded in, with photos showing Daschbach with children on his lap, or with his arm around their shoulders.

Even after multiple alleged victims came forward and he was charged, many locals have continued to defend him.

They believe the allegations against Daschbach are part of a smear campaign aimed at taking over valuable land occupied by the school and shelter. 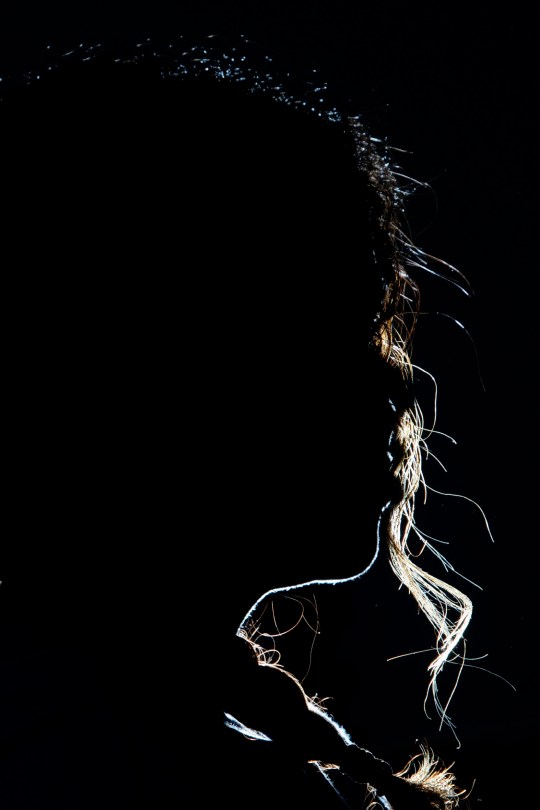 One of Daschbach’s alleged victims is pictured in silhouette after sharing details of the abuse she says she endured at the priests hands while living at his orphanage (Picture: AP)

But Topu Honis co-founder Jan McColl says Daschbach himself confessed to her that he was a child molester after she confronted him over lunch.

She told the Associated Press: ‘He said, “Yes. That’s who I am. And always have been.”

‘So, we just got up and left the table. We were just absolutely distraught.’

McColl, who gave an affidavit to investigators, added: ‘I think in some crazy way, he recognizes that what he has done is a crime.

‘But he reconciles it somehow with the good that he’s done.’ 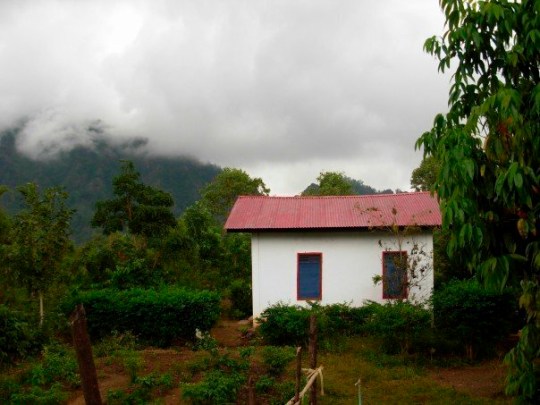 The private chapel at Topu Honis. Daschbach is still supported by many locals in Kumet, who believe the charges against him are a way of seizing valuable land his orphanage sits on (Picture: AP)

Daschbach is now under house arrest, and is said to be telling those who continue to support him that he expects to be convicted.

He has been banished by the Catholic church, but still considers himself a priest, it is said.

Daschbach faces a total of 14 counts of child sex abuse, one count of child pornography and a count of domestic violence. 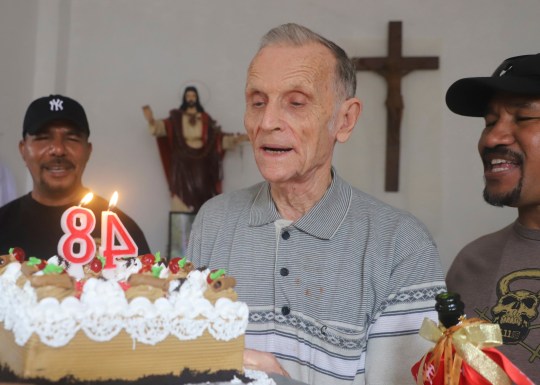 Daschbach, pictured on his 84th birthday in January, is said to have told locals that he expected to be found guilty of the charges he faces (Picture: AP)

They say the sex abuse allegations mean that he violated an agreement to protect children under his care in return for their cash.

Interpol has also issued an international Red Notice in a bid to arrest Daschbach and bring him to justice.

Nick Warren leads us into The Soundgarden with Dead Eyes Opened