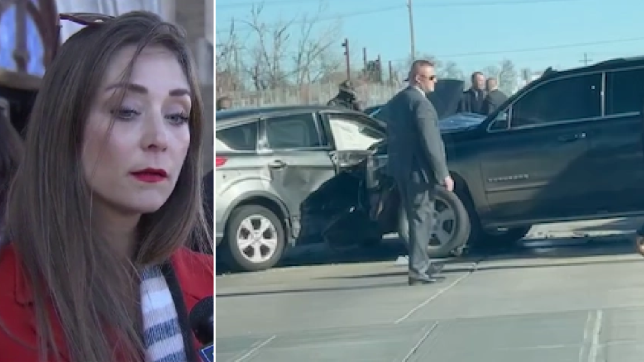 First Lady of Oklahoma Sarah Stitt, left, crashed two government cars last year – with police blaming her for both collisions – but was not given any form of punishment for either

That saw Stitt allegedly fail to stop for a traffic signal in Oklahoma City, and slam the $57,000 SUV into a Ford, injuring its occupant. The unidentified Ford driver was taken to the hospital with minor injuries, according to the Oklahoma Department of Public Safety (DPS).

The state-funded Chevy Stitt was driving and the car she crashed into had to be removed from the scene by wreckers, with no repair cost shared. Stitt’s other crash took place in March, when the first lady is said to have failed to yield while pulling out of a driveway.

She collided with an oncoming Kia Soul. The two people inside the Kia were not injured, and both cars were able to drive off after. That incident resulted in a $4,000 repair bill. Both sets of repairs were paid for by Oklahoma taxpayers. 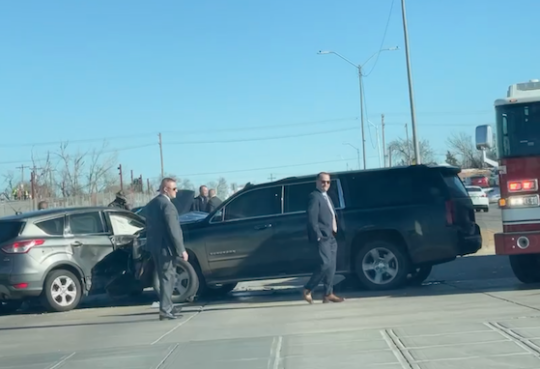 Stitt’s second crash, pictured, saw her allegedly ignore a traffic signal and crash into a gray Ford, whose occupant was taken to hospital

Tulsa World reported that Stitt did not receive a citation – or any other form or reprimand – for either accident.

Both Chevys she crashed were equipped with sirens, lights and a radio, and it is unclear whether cops who attended the scene of both smashes knew who Stitt was.

She explained: ‘It is always up to the individual trooper’s discretion investigating the crash whether or not they issue a citation. 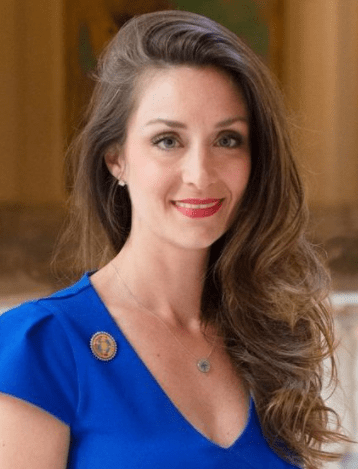 Stitt did not have to pay for repairs to either SUV she crashed, and avoided any form of penalty for the collisions (Picture: Oklahoma.gov)

‘Not all motorists that contribute to a collision get ticketed.’

A spokesman for Governor Stitt said he was ‘relieved’ no-one was seriously injured in either of the crashes.