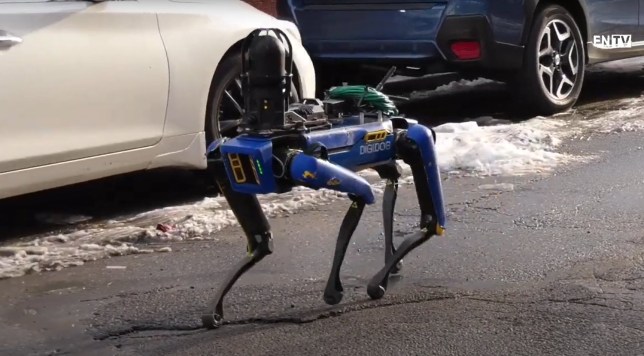 The police robot ‘Digidog’ responding to a police call in the Bronx, New York (@ScooterCasterNY)

A police dog deployed in New York City has been labelled as racist because it only patrols low-income neighbourhoods occupied by people of colour.

The criticism comes from Alexandria Ocasio-Cortez, the US Representative for New York, who focused on the ‘Digidog’ in a couple of tweets last week.

The tweets were in response to video of the $75,000 (£54,000) police robot responding to reports of a home invasion in the Bronx – her home borough.

‘Now robotic surveillance ground drones are being deployed for testing on low-income communities of color with under-resourced schools,’ she wrote.

Ocasio-Cortez suggested that police funding for new tech like the Digidog would have better served the community if it had been allotted to programs for education or housing. 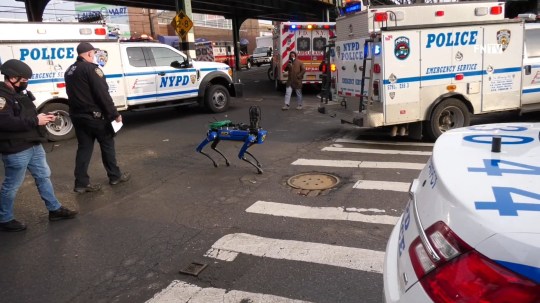 AOC suggested world-class tech should be used in education, healthcare and housing rather than law enforcement (@ScooterCasterNY)

‘Please ask yourself: when was the last time you saw next-generation, world class technology for education, healthcare, housing, etc consistently prioritized for underserved communities like this?’ she added in a follow-up tweet.

Please ask yourself: when was the last time you saw next-generation, world class technology for education, healthcare, housing, etc consistently prioritized for underserved communities like this?

The Digidog, which was designed by US robotics giant Boston Dynamics, was brought on to the NYPD last year.

The robot is fitted with cameras to search an area and send back real-time footage and is powered by artificial intelligence to navigate on its own. 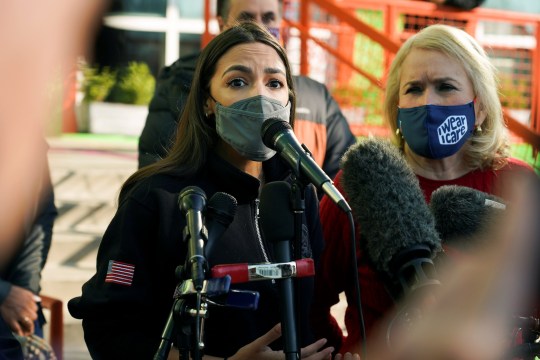 The cyber canine can also climb stairs, see in the dark, and run at about three-and-a-half miles an hour. It was designed for emergency situations that would otherwise be too dangerous for human officers.

In the case of the situation in the Bronx, Digidog was deployed and helped officers determine that the armed suspects were no longer inside the home.

‘The N.Y.P.D. has been using robots since the 1970s to save lives in hostage situations & hazmat incidents,’ the department tweeted last week.

‘This model of robot is being tested to evaluate its capabilities against other models in use by our emergency service unit and bomb squad.’