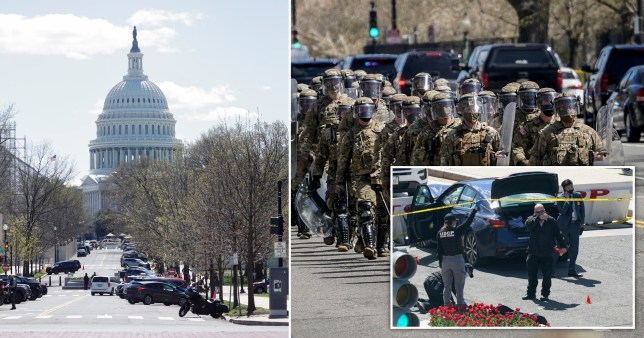 A police officer has died and the US Capitol is in lockdown after a car was driven at the barricades near the building (Picture: AP/Getty/Reuters)

A police officer has died after being rammed by a car while stationed on a barricade near the US Capitol building in Washington DC.

The officer – who has not yet been named – was hit along with a colleague by a suspect who then emerged wielding a knife, law enforcement officials said.

The driver managed to stab one of the officers before being shot and later died in a hospital, Capitol Police Acting Chief Yogananda Pittman told reporters.

Both officers were also admitted to hospital, and one of them ‘succumbed to his injuries’, Pittman said.

Authorities said that there was no longer an ongoing threat and that the attack did not appear to be related to terrorism.

There was also no immediate connection apparent between Friday’s crash and the January 6 riot.

The crash and shooting happened at a security checkpoint near the Capitol as Congress is on recess.

National Guard troops were mobilized and staff at the huge Capitol complex were ordered to stay away from windows and seek cover. 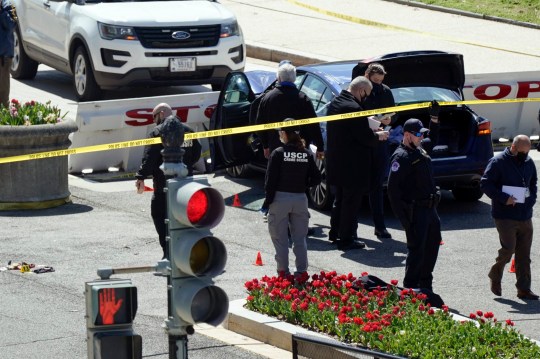 A police officer has now died after the incident at the US Capitol (Picture: AP) 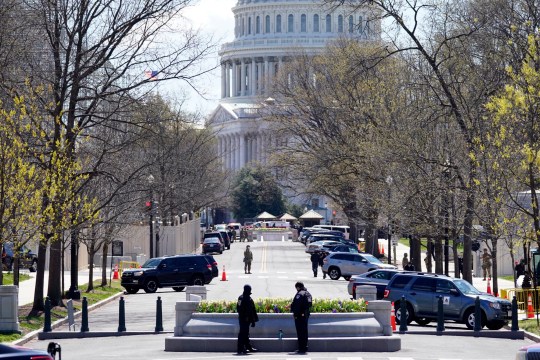 The attack is not thought to be terror-related (Picture: AP) 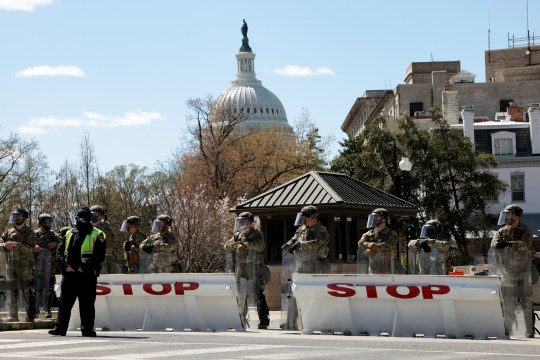 It comes as the Washington region remains on edge nearly three months after a mob of armed insurrectionists stormed the Capitol while Joe Biden’s presidential win was being certified.

Pittman said the suspect did not appear to have been on the police’s radar. But the attack underscores that the building and campus — and the officers charged with protecting them — remain potential targets for violence. 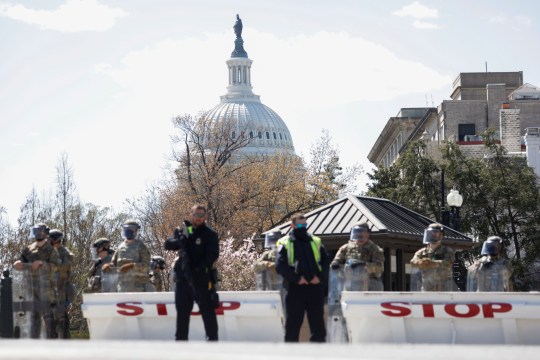 The barricade was about 100 yards from the building itself (Picture: Reuters) 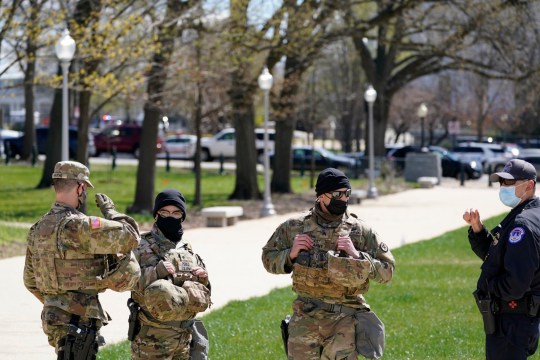 The security checkpoint is typically used by senators and staff (Picture: AP) 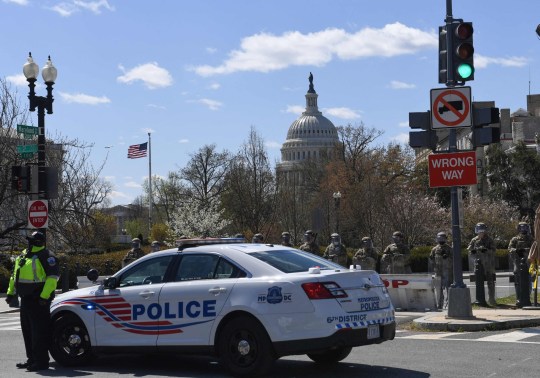 The suspect was not on the police’s radar (Picture: Getty)

The officer who died is the seventh Capitol Police member to die in the line of duty in the department’s history.

The security checkpoint is typically used by senators and staff on weekdays, but lawmakers are away on break.

The attack occurred about 100 yards from the entrance of the building on the Senate side of the Capitol.