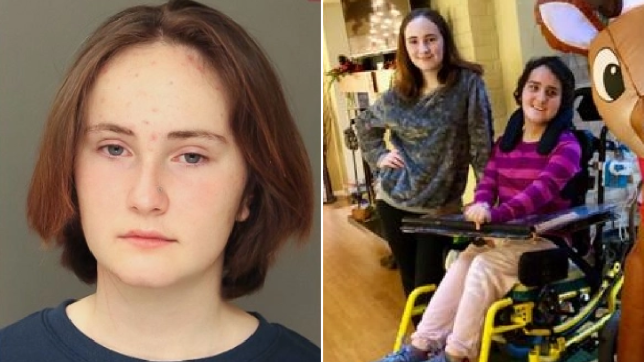 Claire Miller, left, has been accused of stabbing 19 year-old sister Helen, pictured right in wheelchair, to death. Claire, 14, has been charged with murder as an adult

A 14 year-old girl stabbed her disabled 19 year-old sister to death at their home as their parents slept, police say. Claire Miller – who has been identified after being charged as an adult – is said to have knifed sibling Helen, who had cerebral palsy, to death at their family home in Lancaster, Pennsylvania, on Monday.

Helen, who used a wheelchair, was found with a stab wound to her neck shortly after a ‘hysterical’ Claire allegedly called police to say ‘she had killed her sister,’ according to prosecutors. Cops arrived at the house around five minutes later, with Claire said to have told officers: ‘I stabbed my sister.’

They found Helen with a large knife still sticking out of her neck. A pillow had also been placed over her face. An officer who attended the scene said Helen’s pillow was soaked with blood, and added that there was blood on the family’s snowy driveway, as well as on Claire’s pants.

No motive for Helen’s killing has been given. It is unclear if she was confined to the wheelchair she was pictured using, with some locals claiming the victim was non-verbal. 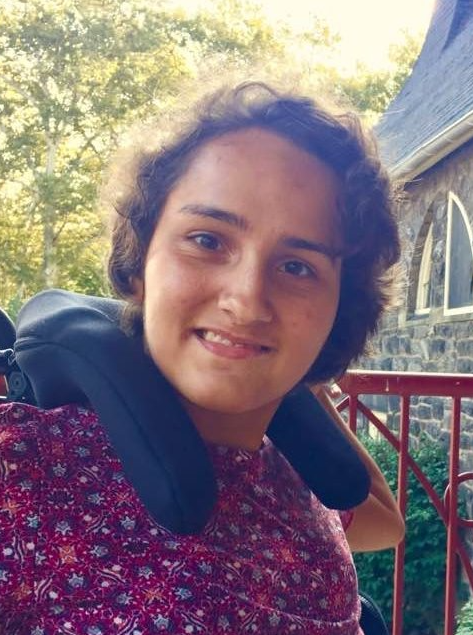 Helen used a wheelchair. Some locals said the teenager, who had cerebral palsy, was also non-verbal 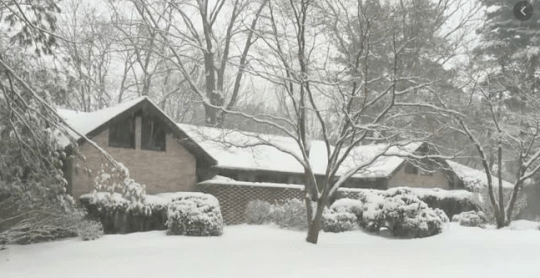 The murder happened at the Miller family home on Monday, pictured, as the sisters’ parents slept (Picture: WGAL)

Claire is believed to have tried to wash her sister’s blood off her hands in the snow, WGAL reported. The sisters’ parents are believed to have slept through the murder. Claire, who attended a local private school, has been charged with murder as an adult, because of the severity of the allegations against her.

She is being held in Lancaster County Prison, and is due back in court on March 26.