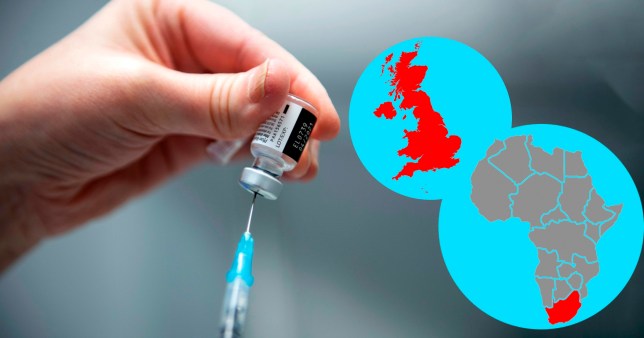 The company has confirmed its vaccine works against the UK and South African variants of coronavirus (Picture: AFP via Getty Images / Metro.co.uk)

Pfizer and BioNTech have confirmed their vaccine is effective against the UK and South African variants of coronavirus.

Early studies by Pfizer and the University of Texas Medical Branch, which have not yet been peer reviewed, showed a less than two-fold reduction in antibody levels against the South African mutation.

This suggests the vaccine would only lose a small amount of effectiveness, and would successfully be able to neutralise the virus.

The study was conducted on blood taken from people who had received the vaccine.

But the findings are limited because they do not look at the full set of mutations found in the new South African variant.

The study also showed even better results against several key mutations from the highly transmissible UK variant of the virus.

Study author Pei-Yong Shi, who is a professor from Texas, said researchers are currently engineering a virus with the full set of mutations from both of the variants.

The first results are expected in around two weeks. 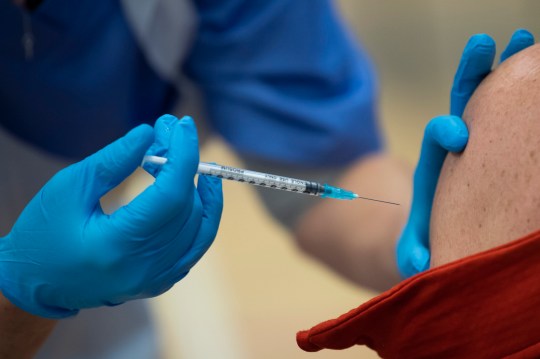 It is thought there is currently no need for a new vaccine (Picture: Getty Images)

Pfizer and BioNTech say these findings indicate there is no need for a new vaccine to address the emerging mutations.

But they have stressed they are ‘prepared to respond’ if evidence does materialise that the vaccine does not work on a particular variant.

The results are more encouraging than another non-peer-reviewed study from scientists at Columbia University yesterday.

It used a slightly different method and showed antibodies generated by the jabs were significantly less effective against the South Africa variant.

But Professor Shi said one possible reason for this difference could be that the Pfizer findings are based on an engineered coronavirus – and the Columbia study used a pseudovirus based on the vesicular stomatitis virus, which is a different type of virus.

He said he believes findings in pseudoviruses should be validated using the real virus.