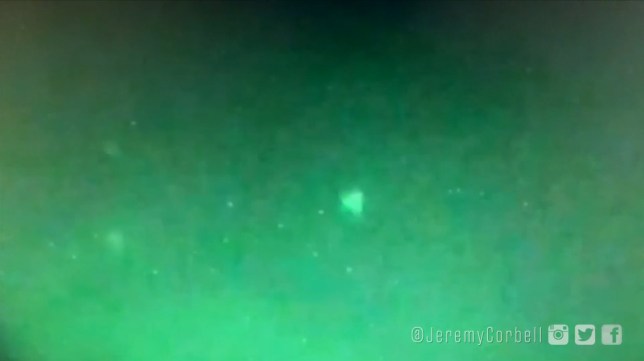 These images show pyramid-shaped UFOs hovering over US Navy ships back in July 2019 (Provider: Jeremy Corbell)

US government officials at the Pentagon have confirmed a series of photos and videos of UFOs buzzing Navy warships is real.

The strange craft appeared off the coast of California in 2019 and flew over four US ships over the course of several days.

Navy personnel captured pictures and videos of the encounter, which were said to have been leaked from an official investigation to filmmaker Jeremy Corbell.

One of the videos shows pyramid-shaped objects hovering above a Navy destroyer, according to Mystery Wire.

Corbell said the video was taken on deployment from USS Russell and now the Pentagon has confirmed the evidence is genuine. 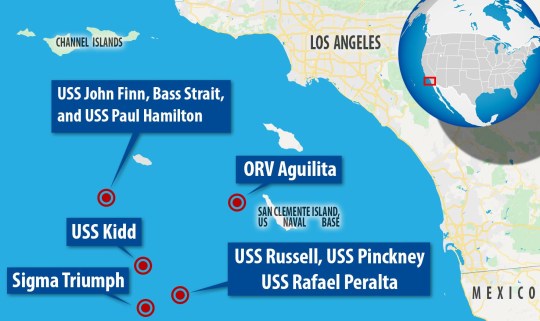 In the most recent documented encounter in July 2019, USS destroyers on patrol were suddenly swarmed by flashing, Tic Toc-shaped drones (MailOnline)

In a statement, a Pentagon spokesperson reportedly said: ‘I can confirm that the referenced photos and videos were taken by Navy personnel.

‘The [Unidentified Aerial Phenomena Task Force] has included these incidents in their ongoing examinations.’

The filmmaker explained there were several sightings from multiple ships on July 14 and 15 in 2019. 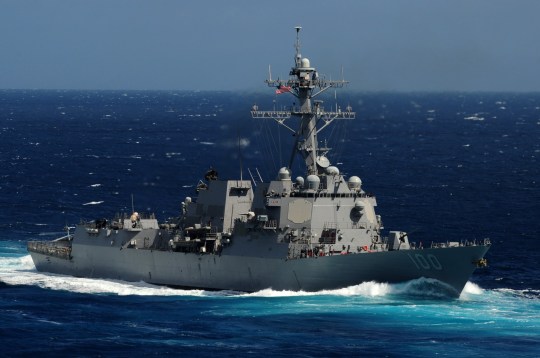 The Arleigh Burke-class guided-missile destroyer USS Kidd is underway in the Pacific Ocean. (US Navy)

‘And by the way, on the other ships, they had different things that happened. So some were just like lights that did figure-eights and patterns and 90 degree turns. Others were like a different colour light, like red,’ he told Mystery Wire.

This news comes less than a month after the former Director of National Intelligence under Donald Trump made some explosive claims about UFOs.

John Ratcliffe told US media the American government had evidence of known alien craft that can break the sound barrier without a sonic boom and perform maneuvers impossible with human technology.

‘And when we talk about sightings, we are talking about objects that have seen by Navy or Air Force pilots, or have been picked up by satellite imagery that frankly engage in actions that are difficult to explain,’ he told Fox News.

‘Movements that are hard to replicate that we don’t have the technology for. Or traveling at speeds that exceed the sound barrier without a sonic boom.’

‘When we talk about sightings, the other thing I will tell you is, it’s not just a pilot or just a satellite, or some intelligence collection,’ Ratcliffe said.

Wow. Maria Bartiromo gets former DNI John Ratcliffe to talk about UFOs ahead a deadline for the government to disclose what it knows about them…

“Usually we have multiple sensors that are picking up these things…there is actually quite a few more than have been made public” pic.twitter.com/qu4VlzrZw1

‘Usually we have multiple sensors that are picking up these things, and some of these are unexplained phenomenon, and there is actually quite a few more than have been made public.’

Last December, the US government was given a 180-day deadline to disclose what it knew about unidentified flying objects. 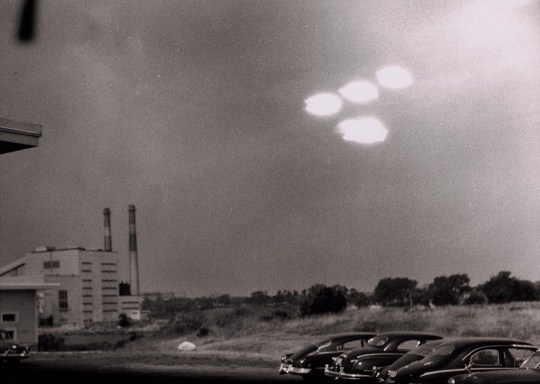 Former president Trump signed a $2.3 trillion Covid-19 relief bill that included an act stating government agencies must publish a report in the next six months.

Attached to the bill was a provision requested by Sen. Marco Rubio who chairs the Senate Intelligence Committee to include ‘detailed analysis of unidentified phenomena data’ in restricted US airspace.

This provision, attached as a ‘committee comment’, also requests data and intelligence collected or held by the Office of Naval Intelligence. 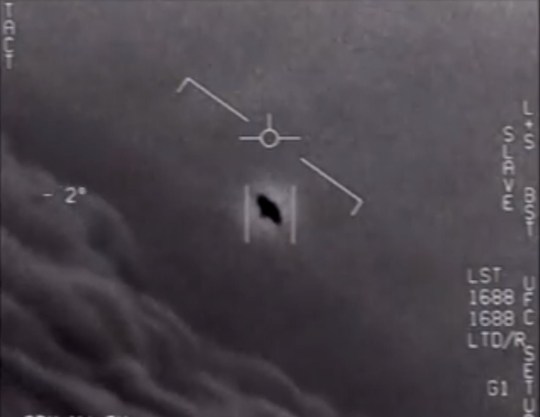 It has previously been confirmed that the US has studied a range of futuristic technologies which would allow it to exercise global military dominance for decades to come. The programme is dedicated to exploring ‘ unexplained aerial phenomena’ and is believed to have written a 490-page report which collects together UFO sightings from around the world.

The report, which is being eagerly awaited by alien hunters on the internet, should be out before June 1.