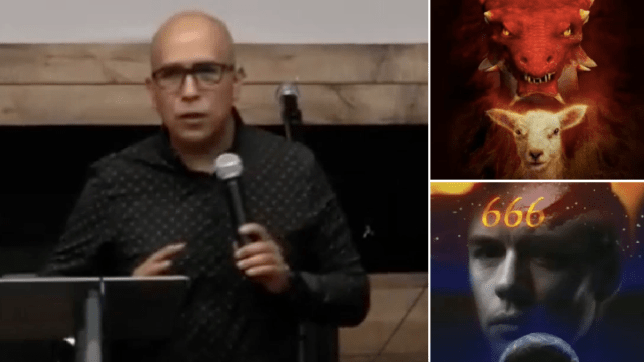 A pastor was condemned for telling his congregation that having a Covid vaccine would leave them with ‘the mark of the beast.’ Albert Ixchu made the false claim during a service at the Brotherhood of Faith church in Homeland, Florida, last month while claiming the new injections were the work of Satan.

He also repeated conspiracy theories that ongoing Covid vaccine drives were being used to usher in a totalitarian government. Ixchu spoke in Spanish while frightening images of Satan and a lamb, as well as a man with ‘666’ on his forehead were projected onto a screen behind him.

His antics were exposed by the Miami Herald, amid growing fears some church leaders are frightening their congregations off the shots, even though Hispanic people are statistically among the highest risk group for serious Covid side-effects.

One former parishioner who didn’t wish to be named condemned Ixchu for creating ‘dangerous situations.’ He added: ‘My family has already said they will refuse the vaccine. Their friends, people of the church are saying the same already as well. 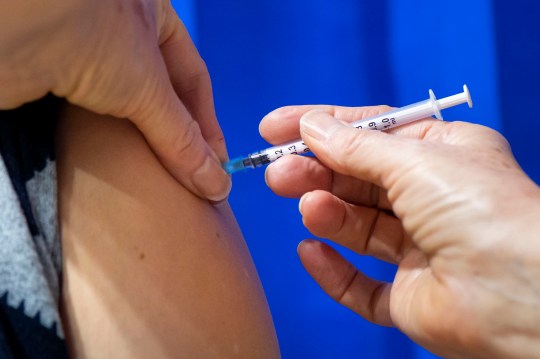 Covid vaccines which have so-far been approved for use – such as this Pfizer shot – were widely tested beforehand, and have been certified as safe and effective by scientists (Picture: PA)

‘I haven’t seen my family in person since this Covid thing started, and it’s looking like I won’t be seeing them for quite a while after learning of this.’

Lis-Marie Alvarado, program director of American Friends Service Committee, which offers free Covid testing, said her team’s work is being made much harder because of pastor’s misinformation.

She explained: ‘They are saying it’s la marca del diablo, the mark of the devil.

‘(That) if you get it, you will be controlled, and you are pretty much giving your life to Satan. How can you fight that?

‘For most people, their pastor’s words are God’s words.… They have so much influence.’

But one influential pastor – the Reverend Dr Gabriel Salguero – is leading a fightback against the vaccine lies.

Salguero is leader of the National Latino Evangelical Commission, and has helped launch an ad campaign to try and dispel false claims made to churchgoers.

He said: ‘We are pastors, we cannot and should not engage in conspiracy theories.

‘We must (make) an intentional, transparent effort based on two things: the truth and the science — and then let people make up their minds’

The two Covid vaccines so-far approved for emergency use in the US were widely tested on tens of thousands of people, with scientists across the world deeming them safe and effective.

Data from Bloomberg shows that the US has now administered more than 46 million shots of Covid vaccines, with new infections, hospitalizations and deaths all declining.

Body of woman in her 20s pulled from river after man, 24, arrested for murder as cops trace bloody trail