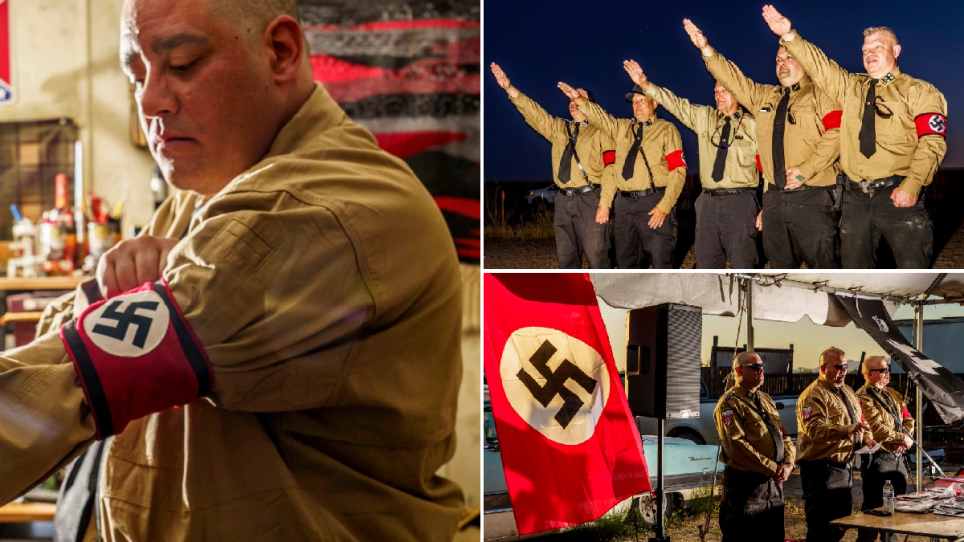 The organizer of a Nazi rally in the US state of Arizona allegedly pointed a loaded gun at a group black men and ‘threatened to kill them’ just two days after the march.

Burt Colucci, who heads up one of America’s oldest white supremacist groups, was arrested on April 19 for allegedly making threats to shoot a black man in his friends during a confrontation in the street.

According to police, Colucci placed trash on the car of an African-American man outside a hotel in Chandler, Arizona, and called him racial names.

The alleged victims said Colucci, 45, from Lakeland, Florida, then aimed a semi-automatic weapon at them and threatened to kill them, a move which was spotted by a witness, police added. 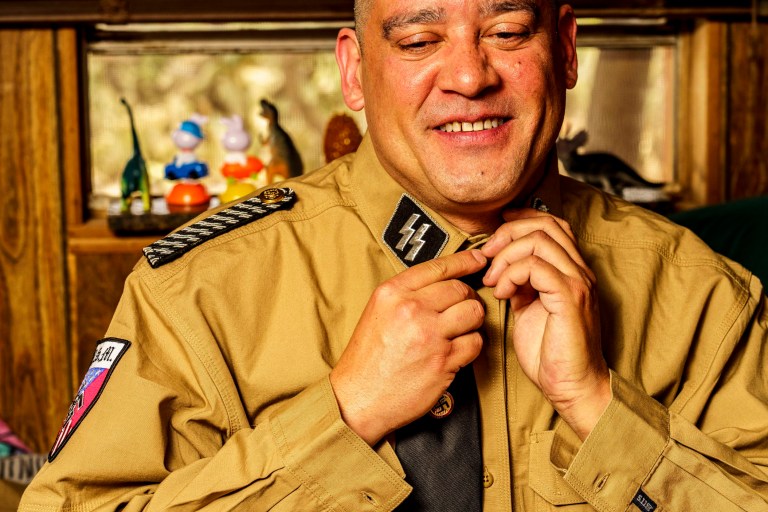 Burt Colucci is the leader of the National Socialist Movement (Picture: Redux/eyevine) 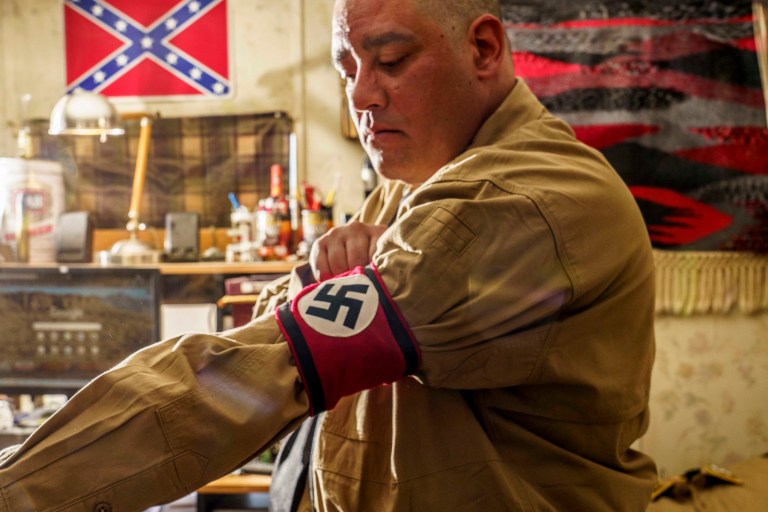 Members of the National Socialist Movement, one of the largest neo-Nazi groups in the US, marched in Arizona (Picture: Redux/eyevine)

Just days earlier, Colucci was photographed in Nazi uniform with a swastika on his arm along with 15 members of his group, the National Socialist Movement Corporation in Phoenix, Arizona. They met at a park with ties to the African American civil rights movement in the city on April 17 and were also spotted, the day before, wearing Nazi-like uniform in Maricopa, Arizona.

The group are said to have shouted racial slurs at black bystanders and challenged them to fight during the rally on April 17, reports Reuters.

Photographs of the group’s rallies, which were largely uneventful, show the all-white members performing the Nazi salute and waving red flags adorned with swastika symbols. They met at various locations over the course of a few days leading up to their leader’s arrest.

Colucci has been charged with aggravated assault with a deadly weapon after allegedly threatening to kill the group of black men, last Tuesday. 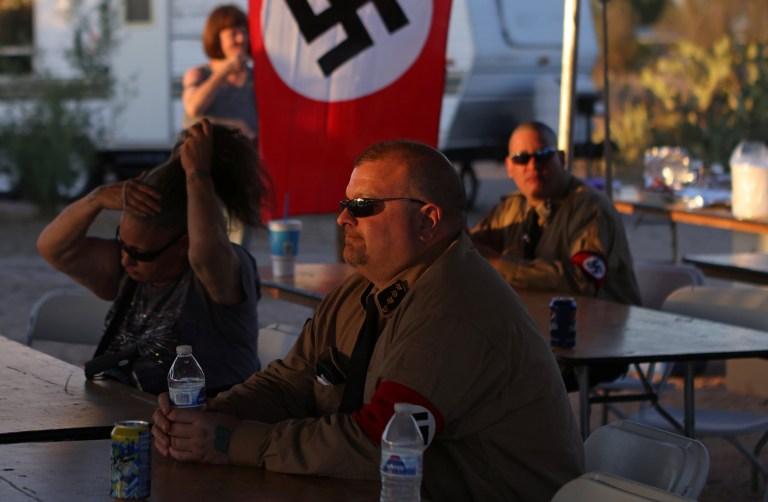 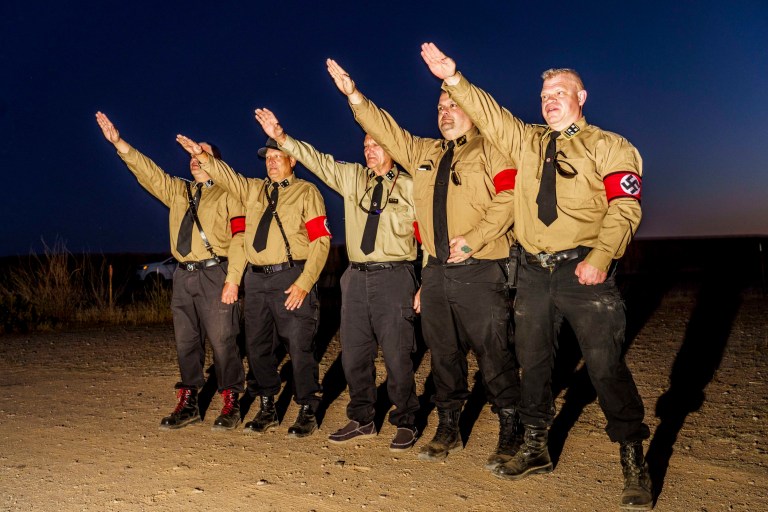 The group dressed in Nazi-like uniform for the rallies (Picture: Redux/eyevine)

According to the police report, Colucci said he had merely brought his semi-automatic pistol into a ‘low ready’ position, but the unnamed black victims said he had aimed it at them and threatened to use it.

After Colucci was booked into jail on a single charge, a superior court judge in Maricopa County set his bail at $7,500 and permitted him to travel to his home state of Florida. If convicted, Colucci faces at least three years in prison.

Speaking to Reuters the day before the April 17 rally, Colucci said he wanted white people to ‘stand up for themselves’ by, for example, feeling free to shoot black people who made them feel unsafe in public places. 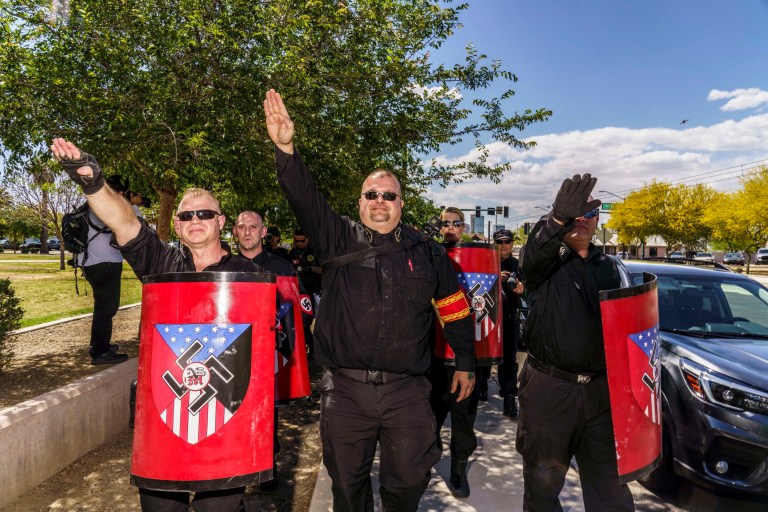 Members of the National Socialist Movement, a neo-Nazi group, gathered in a parking lot and then marched around Eastlake Park, Arizona, on April 17 2021 (Picture: Redux/eyevine) 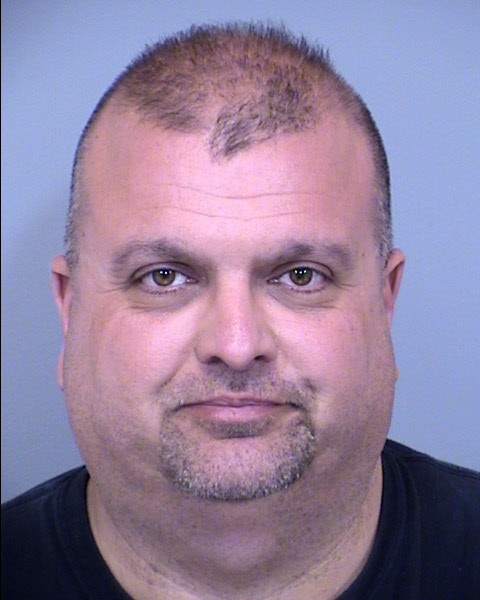 Members of his group, NSM, took part in the 2017 white supremacist rally in Charlottesville, Virginia, that turned deadly after a car drove into a crowd of people and killed a counter-protester, 32-year-old Heather Heyer. The group is the defendant in an ongoing federal lawsuit that Virginia residents brought against the rally’s participants.

Since that rally, the National Socialist Movement’s physical presence and reputation in the broader white nationalist movement has ‘dwindled exponentially’, but can still ‘provoke feelings ranging from unease to fear’ in some communities, according to the Southern Poverty Law Center.