A knifeman wearing a Halloween panda mask followed a woman home then stabbed her babysitter after he rushed to help her.

It is alleged that suspect Joshua William Cates followed the woman in her car before attacking her when she parked and propped the door open to get out.

The woman can be heard screaming as the attacker tries to pull her into her vehicle.

Fortunately she was able to signal for help, honking her horn and getting the attention of the man, 45, who had been babysitting her child.


The attacker fled the scene, leaving behind this mask (Picture: KEZI) 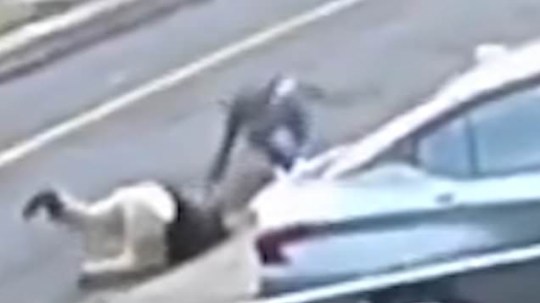 A man was stabbed as he tried to help the womean

He was able to separate her from the masked knifeman but was stabbed in the process.

The attacker then fled the scene, leaving behind the sinister mask.

‘The suspect ran off and the male victim ran after him and then found a neighbor with a vehicle, who drove with him to look for the suspect,’ Eugene Police Department said in a press release.

‘During this, they became aware that the male babysitter had a stab wound and he was then driven back to the residence by the neighbor.’ 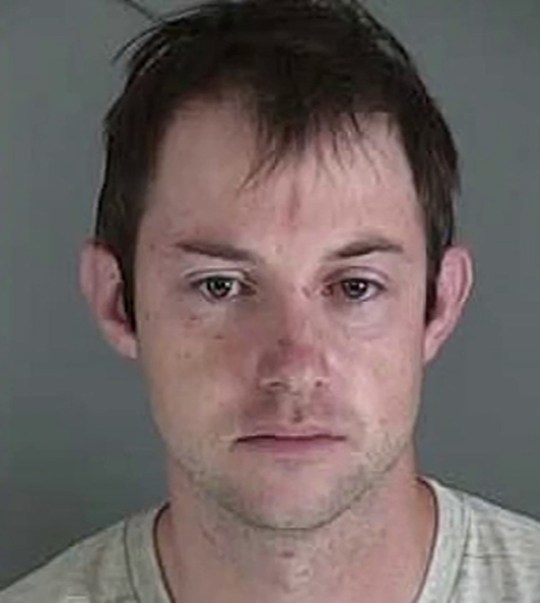 The male victim’s wounds were not life-threatening.

Cates, 31, was apprehended hours later in the backseat of a friend’s car.

Police said he was identified by evidence left at the scene of the assault.

He was arrested and booked into Lane County Jail on charges of first-degree robbery, second-degree assault and coercion, KEZI reported.