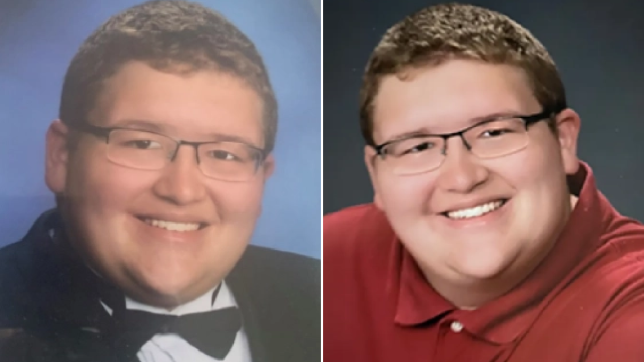 Adam Oakes, 19, died after agreeing to take part in a dangerous college initiation prank which saw him blindfolded and given a huge bottle of Jack Daniels to drink

A 19 year-old student desperate for ‘people to like him’ died after agreeing to take part in a dangerous university initiation prank. Adam Oakes was killed in Richmond, Virginia, on Saturday after being blindfolded while drinking a huge ‘handle’ bottle of Jack Daniels whiskey given to him by members of his Delta Chi fraternity.

Shortly afterwards, the Virginia Commonwealth University student ran into a tree and hit his head. Other members of Oakes’ fraternity helped him into their house, where he lay down on his side and was allowed to fall asleep. The next morning, he was found face-down on the sofa and dead.

Oakes’ cousin Courtney White blamed the fraternity for exploiting her loved-one’s desire to be liked to get him to take part in the dangerous ‘hazing’ initiation for new members. Richmond Police are investigating, although no arrests have been made.

She said: ‘He wanted people to like him and find his niche. I think he thought he found them. He’s left a really big hole, and we love him so much, and we want to know what happened.’ 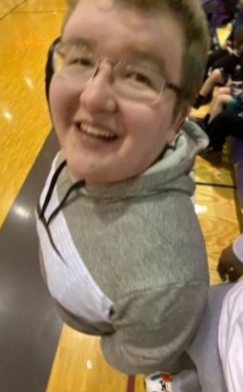 Oakes’ family are distraught by his death, and have called for an investigation to crack down on dangerous fraternity ‘hazings’ (Picture: GoFundMe)

White has called for any eyewitnesses or neighbors with doorbell camera footage of the deadly incident to contact investigators, The Free Lance-Star reported.

And Oakes’ grandma Sonja Oakes added: ‘Someone has to be held accountable for what happened. This doesn’t have to happen.’

Oakes’ family explained how he had graduated from high school in summer 2020, and was thrilled to be at college, even though Covid had severely limited the usual student experience.

A GoFundMe page set up to raise money for Oakes’ funeral called him ‘the happiest, most joyful guy that everyone wanted to be around’ and said his ‘contentment was infectious.’

Meanwhile, a Change.org petition to shut down Delta Chi had hit close to 6,000 signatures by Monday morning.

The scandal-hit fraternity was previously suspended by VCU between August 2018 and 2019 for failing to comply with university requirements.

The VCU chapter was suspended by Delta Chi’s headquarters and the university itself in the wake of Oakes’ death.

A fraternity headquarters spokesman said: ‘The health and safety of our chapter communities is always a top priority for The Delta Chi Fraternity.

‘We encourage all members to cooperate with law enforcement investigative efforts and all directives of the university administration.’

How You Can Use IoT To Enhance Your Business Operations