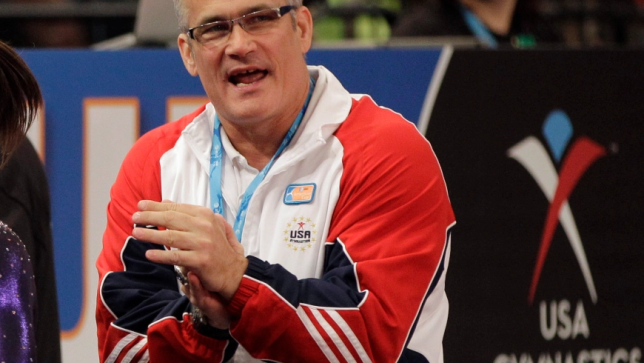 An Olympics athletics coach has killed himself after being charged with human trafficking and criminal sexual assault. John Geddert, a team USA coach for the 2012 games, took his own life in Lansing, Michigan, on Thursday afternoon, WLNS reported.

It is unclear how Geddert died. He turned himself in earlier this morning, and was due to be arraigned in court shortly before news of his death was announced.

The late sportsman, an associate of sex abuser Olympics doctor Larry Nassar, was charged with a host of serious crimes just hours before his death. The charges he faced included two allegations of sexual abuse against a child aged between 13 and 16.

Michigan Attorney General Dana Nessel announced the charges against him at a court in Eaton County, Michigan, earlier on Thursday. Nessel’s office has since confirmed news of Geddert’s suicide.

But detectives launched a probe into Geddert shortly after Nassar was jailed for life for sexually abusing hundreds of young women in early 2018. Geddert ran an gymnastics club called Twistars, where Nassar offered weekly treatments.

The late coach is accused of neglecting doctors’ medical advice – except that of Nassar – and is also said to have lied to cops investigating Nassar to try and cover-up for his disgraced pal.

Breaking story, check back for updates