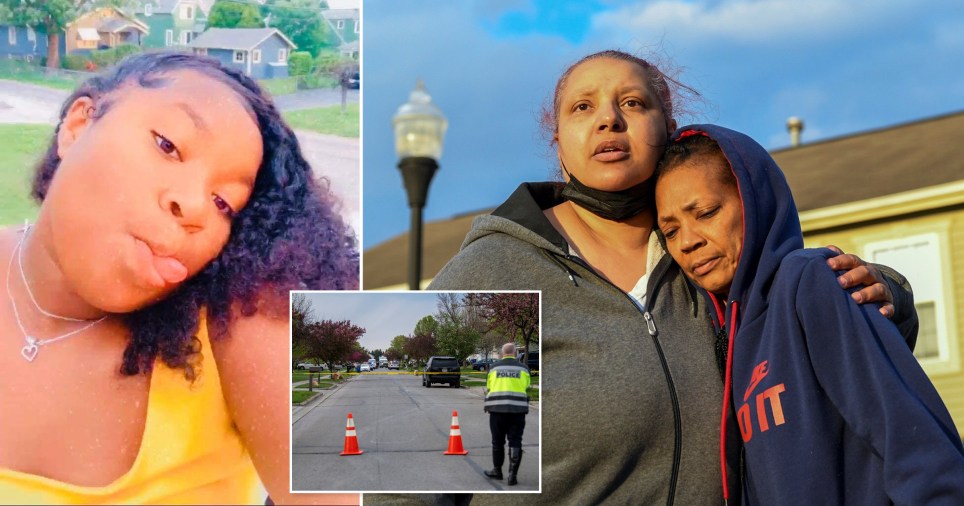 Protests have erupted on the streets of Ohio after a black teenage girl was shot by police just as Derek Chauvin was convicted over the killing of George Floyd (Picture: Reuters)

A black teenage girl was shot dead by police on the streets of Ohio, just as the verdict was being announced in the trial for the killing of George Floyd.

Police in Columbus fatally shot the 16-year-old as she appeared to lunge at two people with a knife.

The killing sparked street protests in Ohio’s largest city and came at a tense time with growing outrage against racial injustice and police brutality in the United States.

The city’s police chief Michael Woods said officers were responding to a 911 emergency call about a disturbance Tuesday afternoon from someone who feared being stabbed, at around 4:30pm local time.

The force released a portion of the footage from the body camera worn by the officer who shot the teenager, named as Makhia Bryant by Franklin County Child Services.

Authorities described the youth who was fatally shot as a 15-year-old girl but Makhia’s family said she was 16.

‘We thought it was important to share with the community, to be transparent about this incident, to let them have some answers that we can provide tonight,’ said Woods as he showed the footage.

The video showed officers arriving at the scene during a scuffle, with a small crowd of onlookers. One teenage girl is seen charging towards a female who falls backwards and then lunging at a second female. 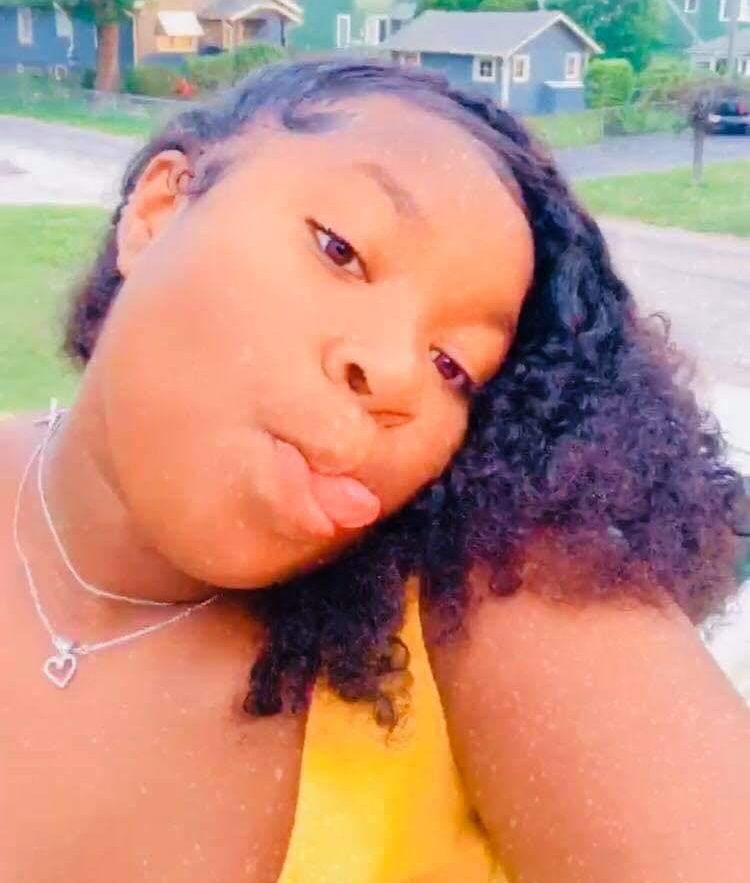 Makhia Bryant has been named as the teenager who was shot (Picture: Facebook) 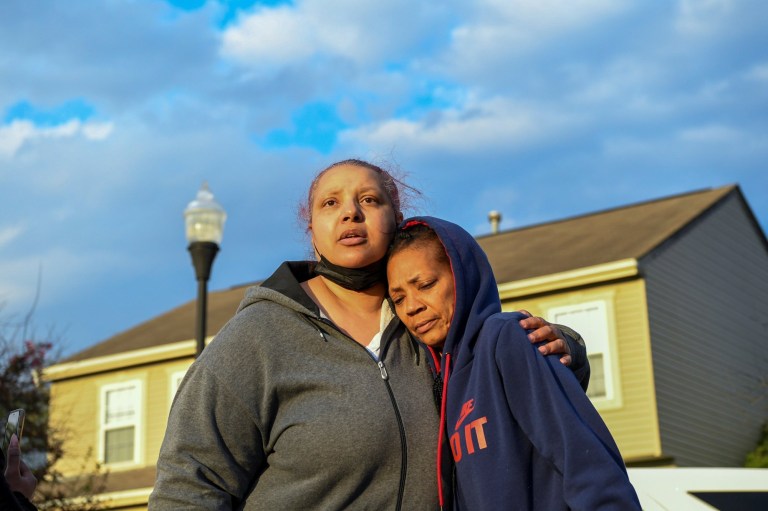 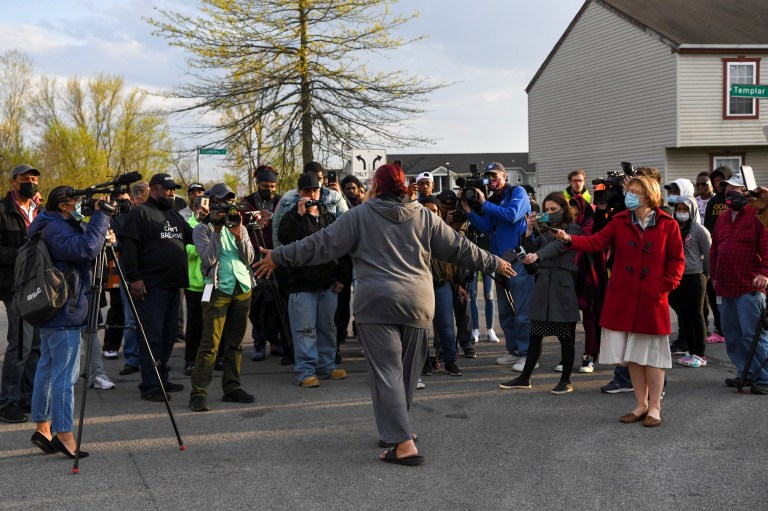 Hazel said her niece lived in a foster home and became involved in an altercation with someone at the residence (Picture: Reuters)

A slow-motion replay of the video shows the second victim stumbling backward against a car parked in the driveway as the knife-wielding youth raises the weapon as if about to stab her, and an officer opens fire.

The teenager immediately collapses against the parked car and onto the ground, and the weapon, which appears to be a kitchen-style knife, is seen lying on the pavement near her as an officer crouches at her side to render medical aid.

The officer who opened fire was not identified but appears from the video to be white. The chief said he ‘would be taken off the street’ pending an investigation.

He called it a ‘tragic day in the city of Columbus,’ and asked his city to pray for the teenager’s family. 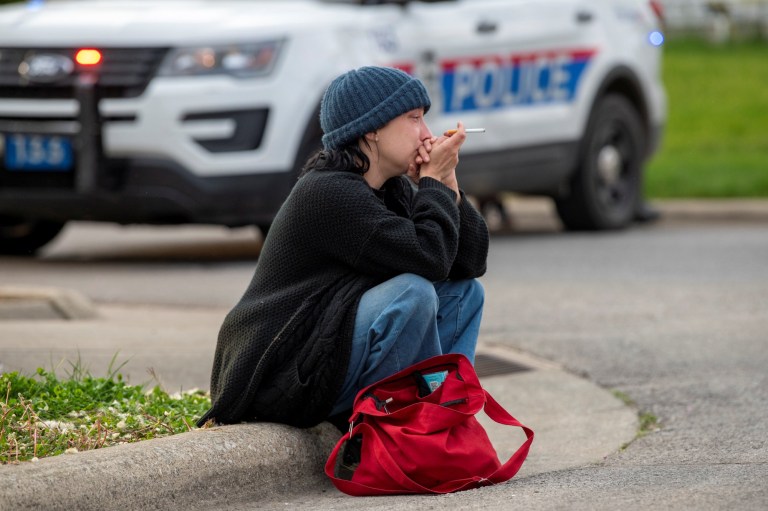 The incident has sparked emotional protests on the streets (Picture: Reuters) 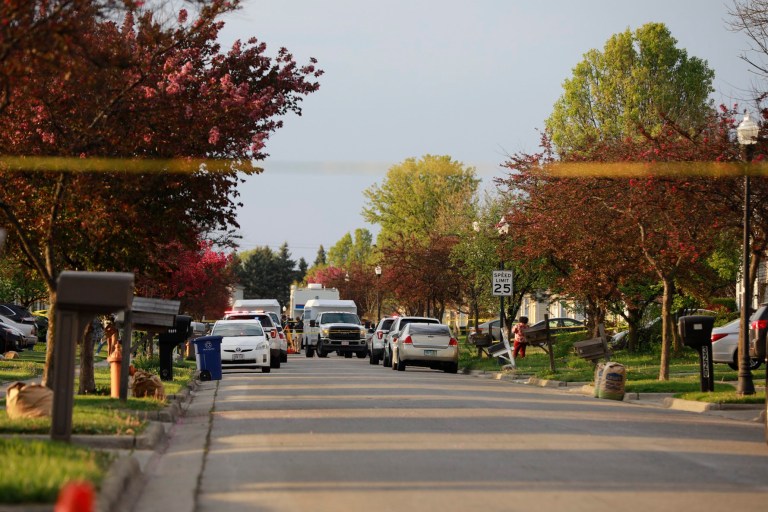 Police were responding to a 911 incident when they shot the teenager (Picture: AP) 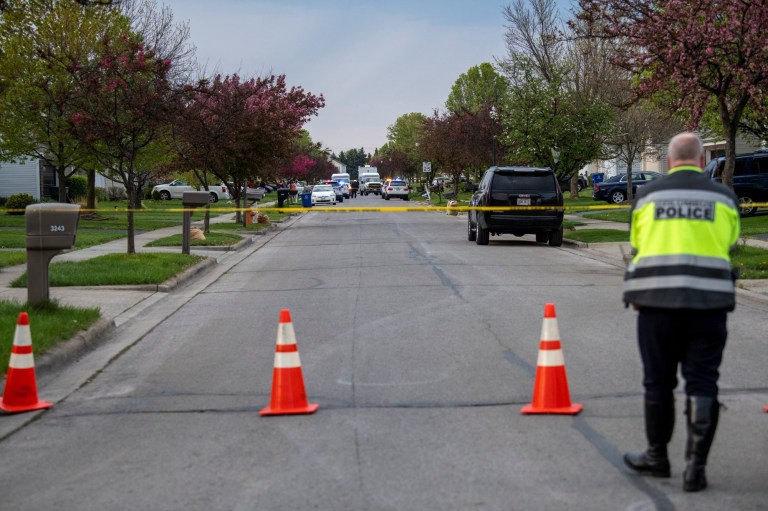 Police have started an inquiry into the incident (Picture: Reuters)

‘We know based on this footage the officer took action to protect another young girl in our community,’ he added.

A woman, said to be Makhia’s aunt, Hazel Bryant, told the Colombia Dispatch newspaper the teenager lived in a foster home and became involved in an altercation with someone at the residence.

The teenager’s mother Paula Bryant told the local CBS station: ‘She was a very loving, peaceful little girl. She promoted peace. And that’s something I want to always be remembered.’

Around the time the video was made public, live television news coverage showed a growing crowd of protesters on city streets after dark, confronting a small line of police officers on bicycles. 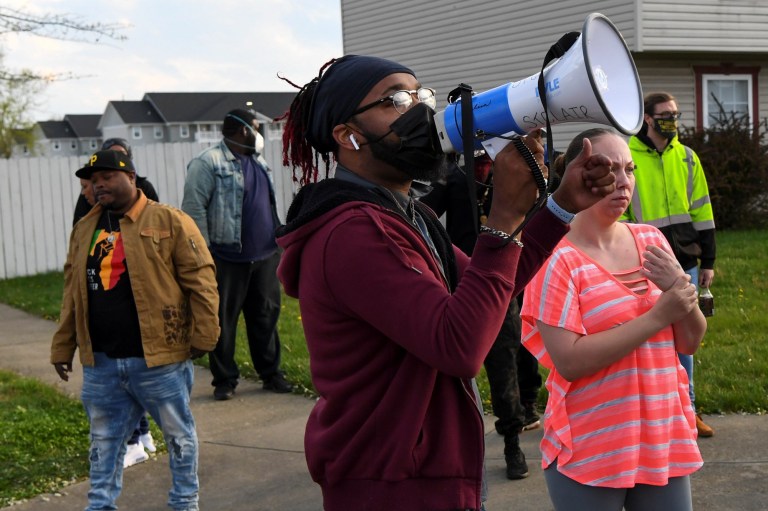 The shooting comes at a tense time in the US, after the conviction of George Floyd’s killer Derek Chauvin (Picture: Reuters) 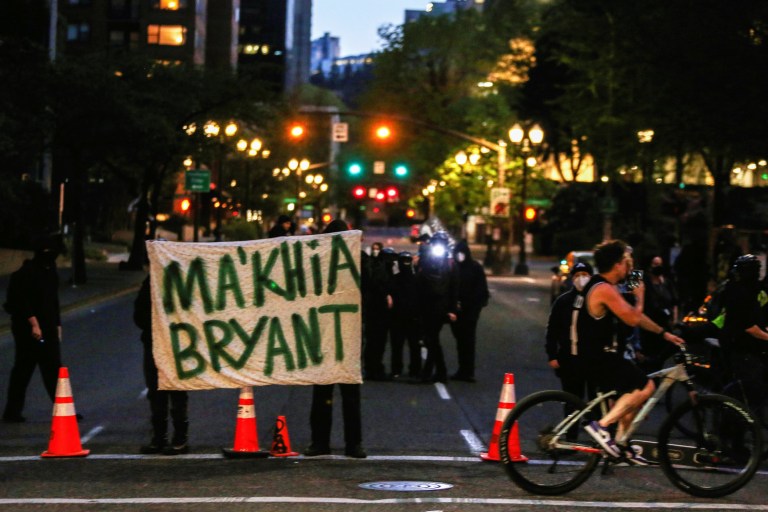 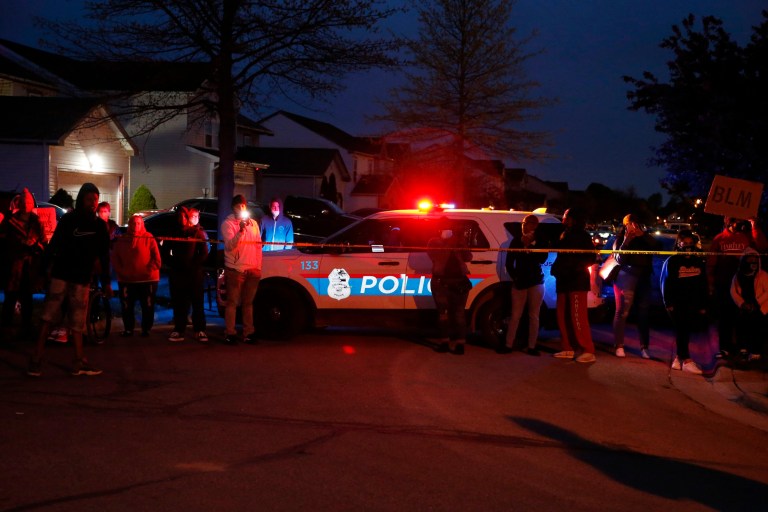 Demonstrations continued into the night in Ohio (Picture: AP)

The demonstration appeared from media coverage to be peaceful, with protesters repeatedly chanting the girl’s name.

Woods said the Ohio Bureau of Criminal Investigation (BCI) had opened an inquiry into the case. The city’s public safety director, Ned Pettus, Jr., appealed for calm while the investigation proceeds and facts are uncovered in what he called ‘a devastating’ loss of life.

The shooting happened about 25 minutes before a judge read the verdict convicting former Minneapolis Police Officer Derek Chauvin of murder and manslaughter in the killing of Floyd.