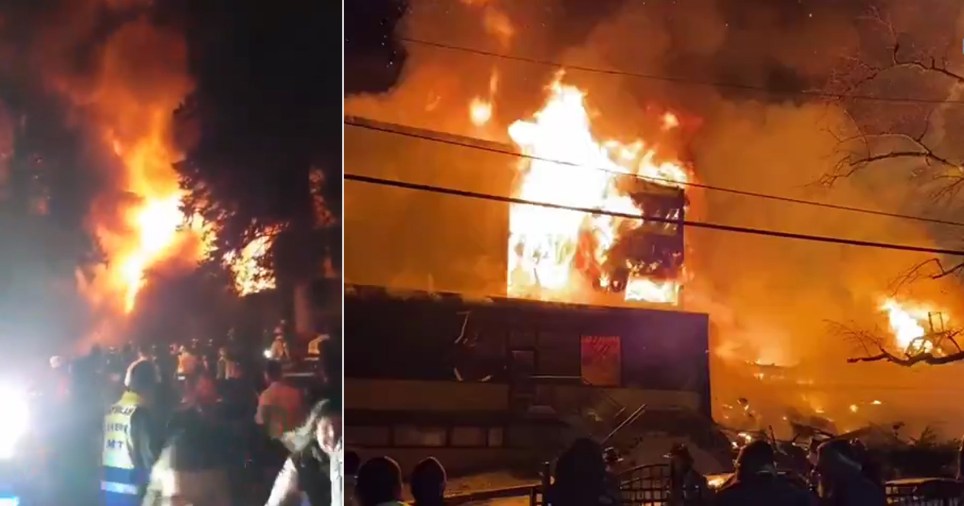 One person has died and several others are injured following a devastating fire at a nursing home for the elderly. The raging inferno broke out at the assisted-living center in upstate New York overnight Monday into Tuesday, causing part of the building to collapse.

A mass evacuation was carried out in the early hours of this morning to rescue 113 registered residents at the Evergreen nursing home in Rockland County, New York, shortly after the blaze broke out. Dozens went unaccounted for for hours in the early stages of the fire, but according to CBS New York, all the of those living at the nursing home are now accounted for.

Video footage of the fire, captured by horrified onlookers, shows flames engulfing the entire building with parts of the structure collapsing having suffered heavy damage from the flames.

The fire is said to have broken out at around 1.40am local time and burned for more than six hours as rescue workers rushed to find survivors amidst the flames. So far one residents is confirmed to have died in the inferno while several others are said to have suffered injuries.

The brothers in Rockland County have been battling this Nursing Home fire in Spring Valley. Maydays were transmitted. We hope all are OK. pic.twitter.com/2uzOwb5RIm

According to CNN, two firefighter are among those who have been injured, one of whom had a heart attack at the scene, and both are understood to be receiving treatment at a nearby hospital.

The New York Fire Department remains at the scene and according to eyewitnesses, there was an explosion inside the building two hours into the fire. The apparent blast caused part of the building to cave in on itself.

First responders can be seen in videos and photos taken at the scene evacuating people from inside the building, with the cause of the blaze currently unknown.

Hershey Green, a resident of Spring Valley, told WCBS that when people saw the flames, he and others ran in to help residents.

People ‘literally ran in and helped out with the seniors,’ Green told the outlet as flames continued to burn in the early hours of this morning.

‘There was plenty of just good Samaritans out here, about eight of them that literally ran into the building and bring them out in the wheelchairs, walkers, and literally picking them up and physically removing them out of the danger.’ 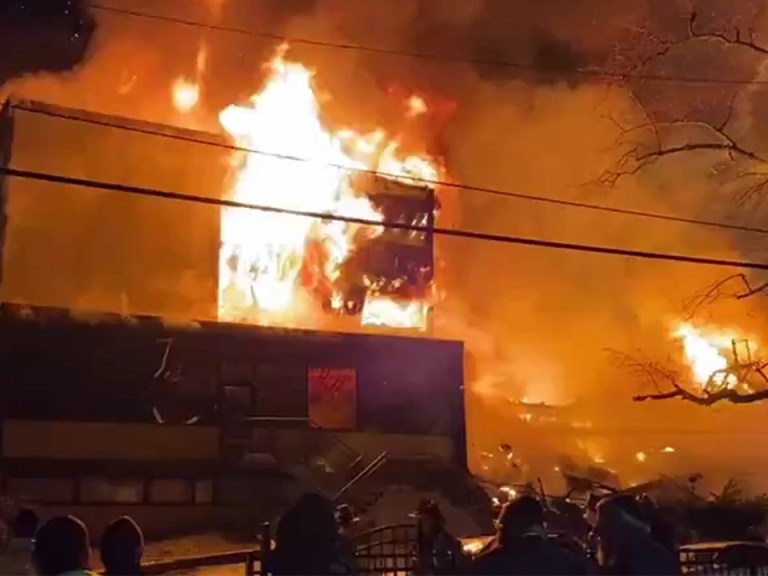 The blaze burned for well over six hours (Picture: Twitter/Belaaz)

Eyewitness Mark Kennedy said that the fire had been ‘raging’, and that the building was ‘completely destroyed’, according to Insider.

‘The fire was probably raging for around two hours, or maybe more, before the building caved in,’ Kennedy told the outlet.

Firefighters remain at the scene and as of yet it’s unclear what caused the blaze.

What the numbers mean for you today Tuesday March 23