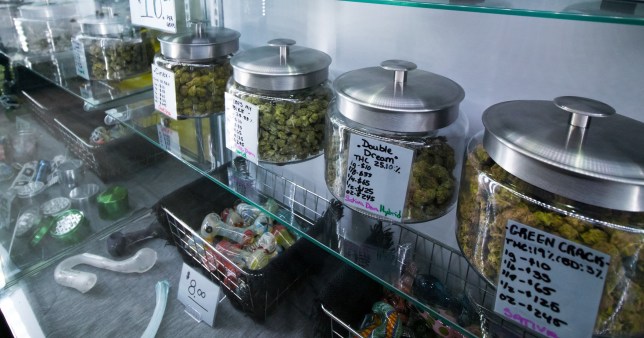 New York has finally agreed to legalize recreational marijuana, years after other US states decriminalized the drug. The Empire State is set to allow people aged 21 and over to use small amounts of weed for fun. Politicians including New York Governor Andrew Cuomo are currently finalizing the language of legislation on Thursday.

It could be passed by New York’s Democrat-controlled Senate as early as next week, The New York Times reported, although the first sales of legal marijuana are still around a year away. The law will allow weed to be delivered in the same way as takeout food, and for special clubs to open up, where people could consume the drug – but not alcohol.

It is likely to trigger the creation of a huge legalized weed industry to supply users’ needs, which could be worth up to $4.2 billion to New York’s economy.

New York Assemblywoman Crystal Peoples-Stokes, who has pushed for the legislation for years, said it would help tackle the problem of disproportionate numbers of black and Hispanic people being arrested for weed possession.

She said the tax revenue generated by weed sales would also boost the state’s economy, which has been shattered by Covid, to the tune of $350 million in annual tax revenue.

Peoples-Stokes explained: ‘A percentage of revenue that is raised will get invested into the communities where the people who suffered mass incarceration come from and still live in many cases.

‘For me this is a lot more than about raising revenue: It’s about investing in the lives of the people that have been damaged.’