The FBI has released eerie new footage of a suspect planting two pipe bombs in Washington DC the night before the insurrection at the Capitol.

It comes as investigators scramble for more information about the suspect after eight weeks of no arrests in connection with the bombs – which were safely detonated at the scene by robots shortly after being discovered.

The FBI initially released photos of the suspect on January 8, just two days after the Capitol riots, but have so far failed to track the person down. 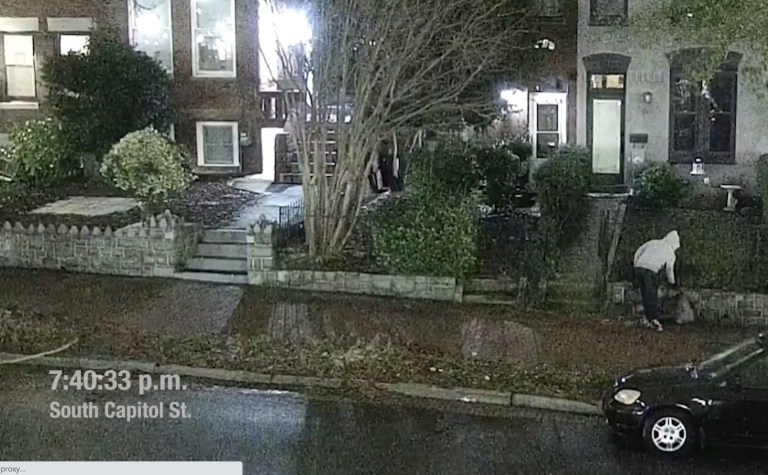 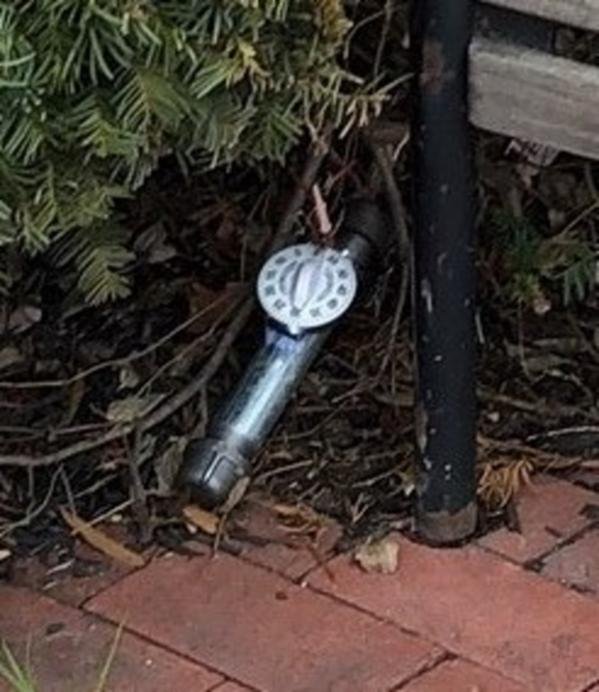 The FBI and ATF are offering a reward of up to $100,000 for information leading to the location, arrest, and conviction of the person(s) responsible for the placement of pipe bombs in Washington DC (Picture: FBI)

They hope this new footage, which offer multiple angles from several surveillance cameras, will offer a clearer look at a masked suspect who is wearing a gray jumper and distinctive Nike trainers. The footage shows the individual plant one bomb in an alley behind the RNC and another next to a park bench near the DNC between 7.30pm and 8.30pm on January 5.

The suspect can been seen walking through the streets while carrying a backpack and stopping at the two locations to plant the bombs. Further photos released by the FBI show how the bombs were rigged using an egg timer and were filled with filled with an explosive powder.

Both bombs were placed within a quarter mile of the Capitol, which was stormed by Trump supporters the very next day.

FBI assistant director, Steven D’Antuono, has pleaded with members of the public to come forward if they recognize anything from the newly released video footage. 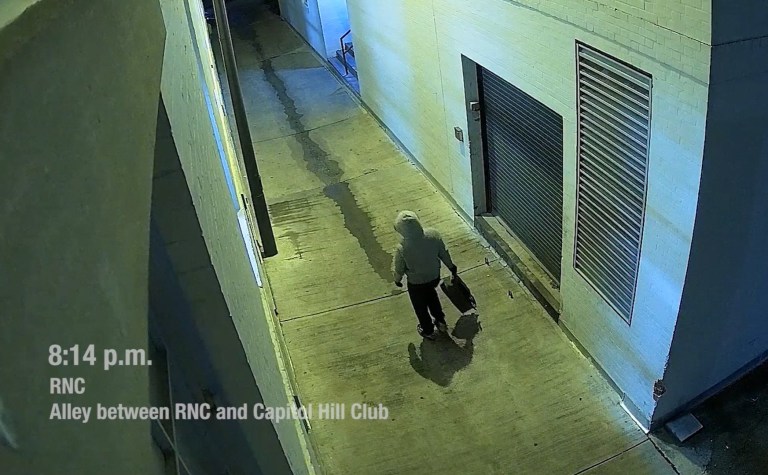 No arrests have been made in eight weeks since the bombs were found (Picture: FBI) 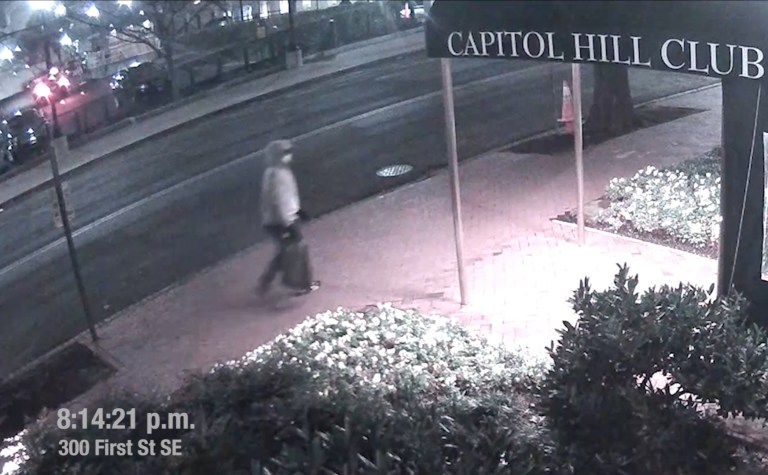 The footage shows the suspect walking between the DNC and RNC between 7.30pm and 8.30pm (Picture: FBI)

He said: ‘We believe the information released today will help someone recognize the suspect, or something about them.

D’Antuono said the person who is believed to have placed the pipe bombs wore a face mask, a gray sweatshirt, and black and gray Nike shoes.

He added: ‘One device was placed in an alley behind the RNC. ‘The other was placed next to a park bench near the DNC.’

In addition to providing the physical description of the suspect, the FBI has also appealed to the public to come forward with any information about people who may have experienced changes in behavior prior to, during or after the January 6 insurrection.

D’Antuono said: ‘This could include making travel plans to Capitol Hill or researching the locations of the DNC and RNC.’

The bombs were discovered at around 1pm local time on January 6, just around the time that a mob of angry supporters Donald Trump descended on the Capitol building following a nearby rally with the President. 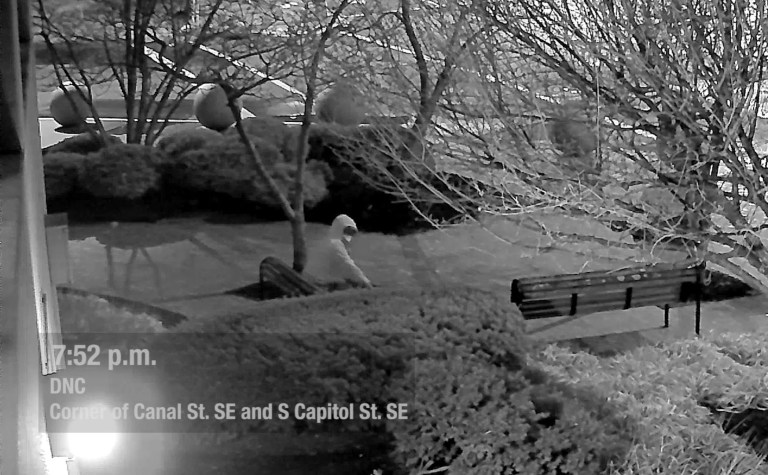 Both bombs were safely detonated shortly after being discovered on January 6 (Picture: FBI)

The FBI, along with the Bureau of Alcohol, Tobacco, Firearms and Explosives, is offering a $100,000 reward for information leading to the identification of the person responsible for placing the explosives.

They are asking people to contact the FBI at 1-800-CALL-FBI or submit tips online at Tips.fbi.gov, which can be submitted anonymously.