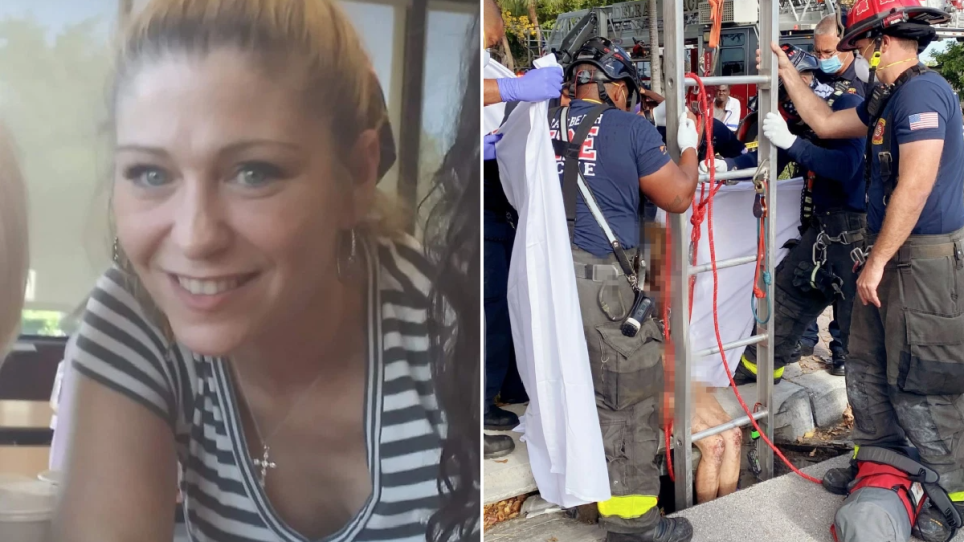 Lyndsey Kennedy, left, was rescued from the eight-foot-deep drain by firefighters on Tuesday (Picture: Facebook/Delray Beach Fire and Rescue)

A naked woman who was pulled from a storm drain in Florida said she was trapped for three weeks after deciding to explore a tunnel and getting lost.

Lyndsey Kennedy, 43, was rescued from the eight-foot-deep drain under a sidewalk in Delray Beach on Tuesday – 20 days after she says she went swimming in a canal and got lost in a network of underground tunnels.

She was saved after a pedestrian heard cries for help, and Kennedy later told police that she had been trapped since March 3.

A recording of a 911 call from the pedestrian who heard Kennedy’s cries has since been released, and the female caller can be heard saying ‘there’s somebody stuck in a sewer over here, there’s a lady stuck in the sewer, yes ma’am.

‘She can not get out, she’s screaming for help.’

After being rescued Kennedy told police she had been walking around the sewer system after realizing she was lost, before eventually spotting some light in the storm drain, according to a police report. She said she could see people walking above her and tried to get help.

The report from detectives added that Kennedy’s mother told investigators that her daughter had a history of mental illness and drug use.

‘She also stated that Kennedy has a history of doing odd things and making bad decisions when she is high on drugs,’ the report stated.

It’s unclear whether investigators have confirmed Kennedy’s version of events as of yet, but police have said that she was reported missing to the Palm Beach County Sheriff’s Office on March 3. 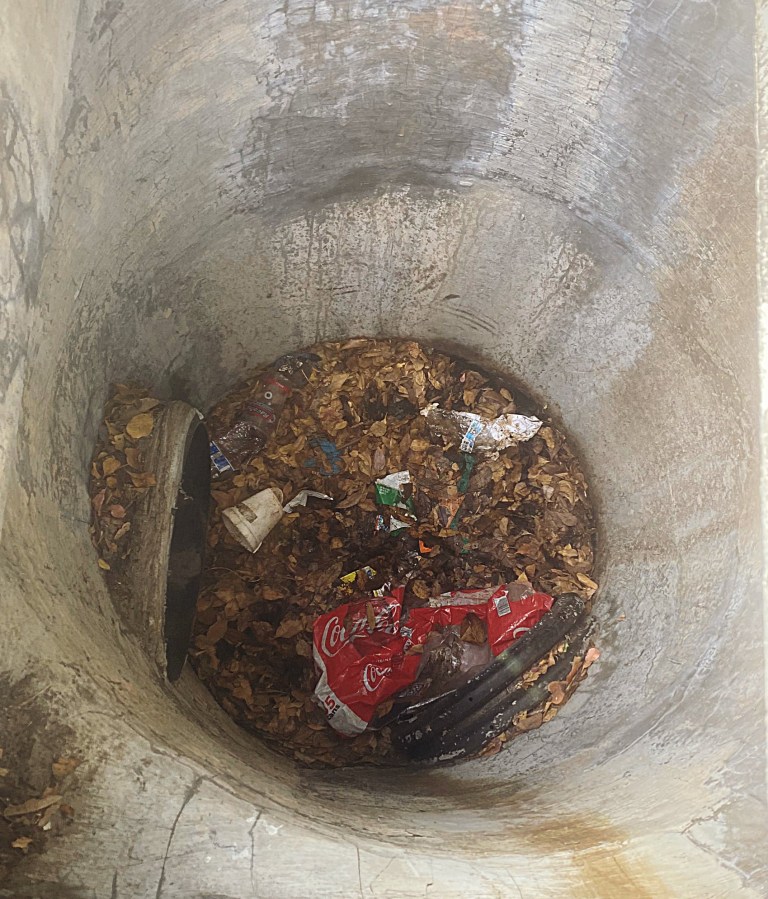 Firefighters used a ladder and a harness to raise Kennedy to ground level as a small crowd cheered (Picture: Delray Beach Fire Rescue) 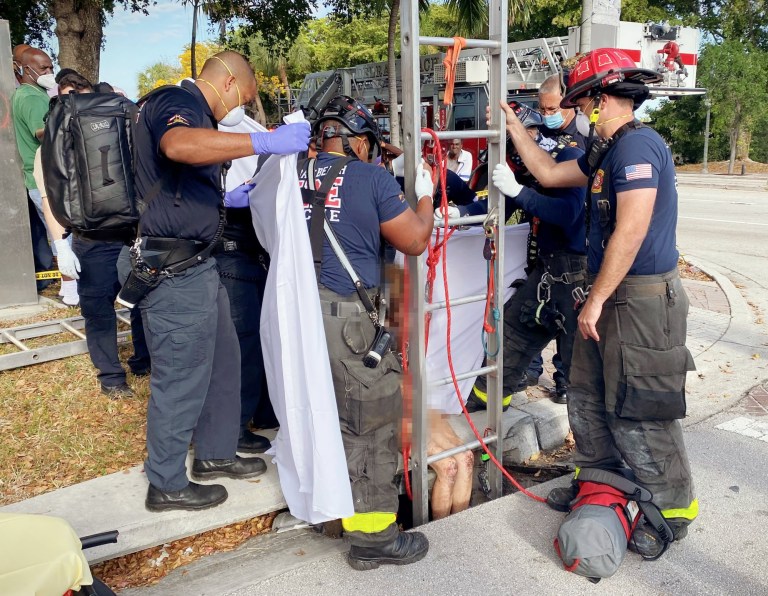 Kennedy was reported missing to police on March 3, the same day as when she claims she went for a swim in a canal near her boyfriend’s house (Picture: Delray Beach Fire Rescue)

‘It doesn’t feel like she was taken against her will. It appears this was done by her own free will’, he said.

Delray Beach Fire and Rescue posted photos of firefighters lifting Kennedy out of the drain using a harness and ladder.

The photos showed Kennedy, who was mostly covered by white sheets due to her naked state, was dirty, had leaves in her hair and was too weak to stand up.

She was taken to Delray Medical Center for treatment of minor cuts and bruises. 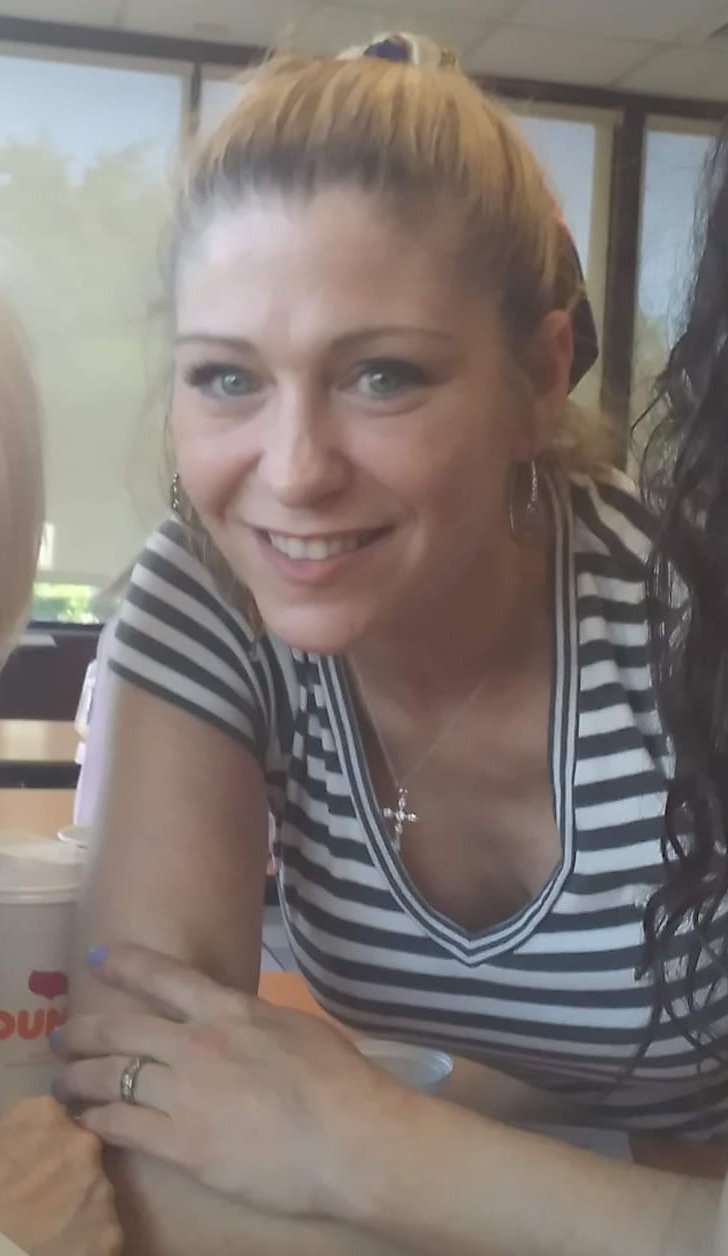 Lyndsey Kennedy, aged 43, was heard crying for help by a pedestrian leading up to her rescue (Picture: Facebook)

Kennedy has also been put through a mental health evaluation after her mother told police about her alleged history of mental illness.

The police report – which described Kennedy as ‘very lucid’ when she was found – stated that she was not taken into protective custody.

The report also said that Kennedy is a methadone patient and had her last dose on March 2, the day before she went missing. Methadone is a prescription opioid used to treat addiction to heroin and other narcotic painkillers.

Speaking to the Sun Sentinel, she said: ‘I don’t know how much longer she would have been okay down there. 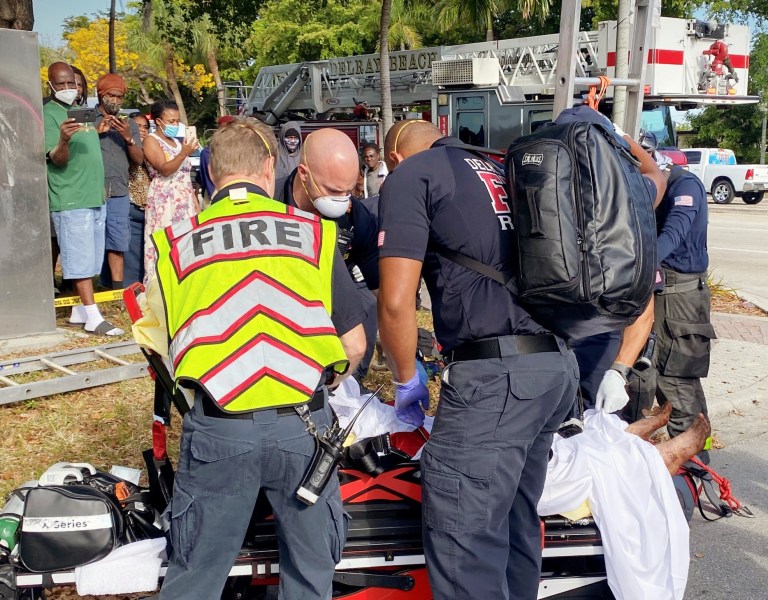 Kennedy was taken to hospital for a check-up and treatment on minor cuts and bruises after being rescued (Picture: Delray Beach Fire Rescue)

‘The idea that somebody might be down there for any length of time is disturbing. It’s dirty, dangerous, there’s snakes, rats, garbage, dirt and leaves, anything that’s on the street that washes into a sewer, and it smells terrible.’

Moschella also speculated that the drain opening was probably too small for Kennedy to have squeezed into from the sidewalk.

‘We rescue ducklings and kittens and puppies, and this is the first time anybody can remember actually seeing a person down there.’

Gay and inclusive rugby getting platform it deserves on Amazon Prime