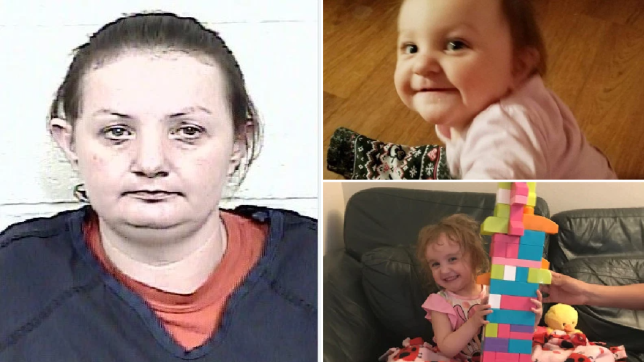 A mother allegedly drove her baby and toddler into the freezing wilderness of northwestern Colorado where they became stranded and one child died while the other had to have her legs amputated. Kaylee Messerly, 36, was arrested on child abuse charges on Friday.

Kaylee reportedly took her 18-month-old and three-year-old daughters on a drive near Craig. The Moffat County Sheriff’s Office was notified on the morning of March 11 of a suspicious vehicle by County Road 54, KDVR reported. Arriving deputies found the vehicle empty and stuck in snow and mud.

A search plane found the mother and her two children that same day walking in open terrain about a mile from the car where they had stayed the two prior nights, according to the sheriff’s office. Rescue crews met the family and found the younger child had died. Kaylee and the three-year-old girl were taken to hospitals and the child had severe frostbite and had both of her legs amputated.

A cousin of the girls, Lisa Hernandez, told CBS4 that the three-year-old underwent two more surgeries and her recovery has been complicated by an infection.

‘She is still in hospital though, fighting’, Hernandez said in an email.

Kaylee’s sister Amy Messerly, started a GoFundMe account to help pay for a headstone for Emma, who was buried a week ago. Amy also indicated that not only the three-year-old, but her mother were amputated.

‘My sister and my niece, Alena are both amputees due to the same accident’, Amy wrote on the fundraiser page. ‘We have been hit mentally, physically and financially’.

Moffat County Sheriff’s Lt Chip McIntyre told CBS4 that an employee for an oil company employee found the car at the intersection of Moffat County Roads 54 and 103, about 10 miles north of Craig. The area is not well-traveled during the winter.

‘If the oil field worker had not gone down that road to check out equipment, who knows when we would have found the car’, McIntyre said.