The mother of three children who were found abandoned, living with their brother’s corpse, and her boyfriend were arrested Tuesday (Picture: ABC13)

Three abandoned children were found living with the decomposing body of their eight-year-old brother who may have been dead for nearly a year.

Their mother, 35-year-old Gloria Williams, and her boyfriend, Brian Coulter, 31, were arrested on Tuesday in Texas.

Harris County Sheriff Ed Gonzalez said Williams has been charged with injury to a child by omission and tampering with evidence, a human corpse.

Coulter is charged with murder and both could face additional charges, Gonzalez said.

Harris County law enforcement officials found the couple in a public library, searching for news articles about themselves, ABC13 reported. 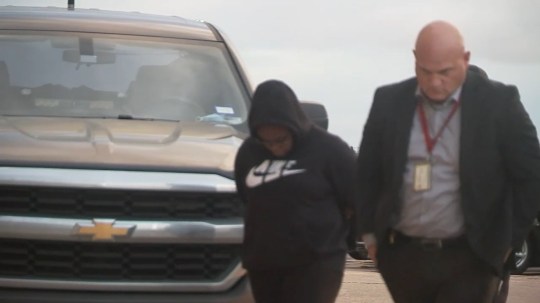 One of Williams’ sons, a 15-year-old boy who had been living with his younger brother’s corpse for nearly a year, couldn’t take it anymore and called 911 for help this weekend.

His brother had died sometime during 2020. The county medical examiner’s office determined the eight-year-old’s death was a homicide, caused by multiple blunt force injuries, according to KTRK-TV.

The 15-year-old had been caring for himself and his two younger brothers, aged 10 and 7, and relied on receiving food from neighbors for nearly a year while his mother and her boyfriend lived in an apartment 15 minutes away.

The Harris County Sheriff’s Office said the boy called from the apartment Sunday, saying his brother had been dead in the room next to his, and that his mother hadn’t been back in months. 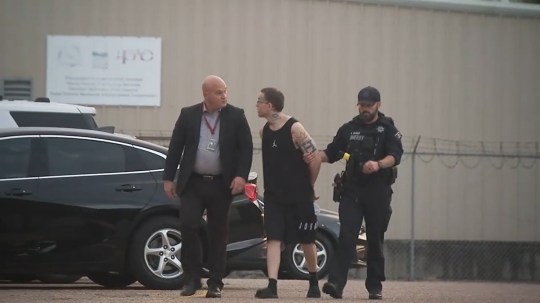 Brian Coulter has been charged with murder in relation to the homicide of his girlfriend’s eight-year-old son (Picture: ABC13)

Neighbor Erica Chapman noticed something was wrong and started giving the teen food six months ago. She told KTRK-TV that he wouldn’t accept cooked meals, only packaged snacks, fruit and pizza.

Another neighbor, Trevor Thompson, would also provide food to the teen, who he described as paranoid and said he was afraid of getting poisoned.

Both neighbors were unaware of what was going on in the boy’s home. Neither ever called authorities because they said they did not understand the magnitude of the situation.

‘I didn’t want to push him away by asking questions because I knew he was starving and needed food,’ Chapman said.

In 2019-2020, the school district filed truancy papers against Williams when two of her children apparently failed to show up to school.

All three boys were taken to the hospital, where doctors said they were malnourished with injuries. The 7-year-old had facial fractures.

The Texas Department of Family and Protective Services is seeking emergency custody of the three boys. CPS has a history with the family but there was no active investigation at the time they were found.